The Only People Still Working At The White House Are...

The tumult in the White House is at an all time high. With a turnover rate rivaling that of a particularly busy McDonald’s franchise, the White House has seen an extraordinary number of high-profile firings this week. For one, the Secretary of State Rex Tillerson made his exit, forced out by Trump via — how else? — a Tweet. For another, FBI Deputy Director Andrew McCabe was fired two days before his planned retirement.

Devotion to Trump is essential. Everyone eyes the ever-turning revolving door which in fact spends so much time spinning that officials found it prudent to connect it to a soft serve machine, to act as its power source. These days, there’s no sight more sinister than Donald Trump voraciously licking freshly dispensed chocolate soft serve, fudge dripping down the cone.

However, the White House might now enjoy a quiet calm. The abrupt departures may be over. You see, there’s only two people left. Trump is one.

The other is Brittany. She’s a Social Media Intern who works for college credit on Tuesdays and Thursdays. Her primary responsibility is making memes. And now, she’s the highest ranked official in Washington.

On Tuesday, President Trump fired his Secretary of State on Twitter.

Despite a literal claim to fame via the slogan “You’re Fired,” Trump did not actually fire Tillerson directly. Rather, Tillerson found out from Chief of Staff John Kelly.

Moreover, Tillerson was fighting a stomach bug at the time. Kelly has been kind enough to inform everyone that Tillerson was in fact on the toilet the moment he heard about his severance. Somehow, it’s hard to imagine the news made Tillerson any sicker than he already was. In fact, it’s easy to image the now-former Secretary of State flush with relief.

After all, Tillerson did not have much respect for the office he held. 60% of the State Department’s career ambassadors have left during his tenure, and Tillerson neglected to fill a large swath of critical positions, including US ambassadorships in countries such as South Korea and Turkey, where strong diplomacy is most needed.

But most spectacularly, Tillerson’s public feud with Trump himself is at the forefront of speculation over the dismissal. Last year, reporters delightedly printed headlines regarding a comment Tillerson made during a meeting with national security officials.

He called Trump “a fucking moron.”

Here’s the meme he had Brittany make regarding the incident. 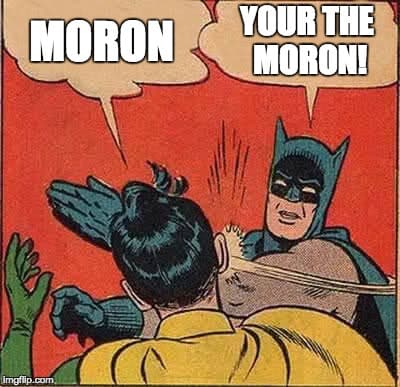 Though many people expected the firing to take place, the Reality Show President did throw in a shocking twist.

Trump fired Tillerson the day after Tillerson criticized Russia — a bold move for a man whose name is never far from the words “Russia collusion.”

Following news that the U.K. connected a nerve agent attack on their soil to the Kremlin, Trump remained silent. Tillerson, on the other hand, released a statement:

“There is never a justification for this type of attack,” he said, “the attempted murder of a private citizen on the soil of a sovereign nation — and we are outraged that Russia appears to have again engaged in such behavior.”

And then, Tillerson packed his belongings.

Brittany knew she was in for a busy day. Here’s the meme she quickly threw together: 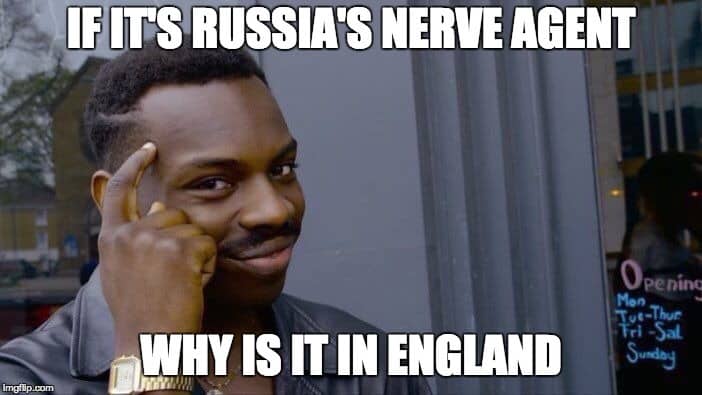 Tillerson wouldn’t be the only man fired that week in a fit of Russia-tinged motivation. He was a man canned on the can. And he would have the second least dignified firing of the week.

On Friday, March 16th, Attorney General Jeff Sessions fired him, stripping him of a pension two decades in the making.

For what reason? Trump’s personal lawyer put it in clear terms.

In a statement to CNN, he said, “I pray that Acting Attorney General Rosenstein will follow the brilliant and courageous example of the FBI Office of Professional Responsibility and Attorney General Jeff Sessions and bring an end to alleged Russia collusion investigation manufactured by McCabe’s boss James Comey based upon a fraudulent and corrupt dossier.”

Trump doused the flames in lighter fluid as well, tweeting, “the Mueller probe should never have been started…”

The man with a history of firing his investigators went on to emphasize, there “was no collusion and there was no crime.”

One by one, the dominos fall. At the end — Mueller. Certainly, not everyone departing from the White House did so because of their contribution to Mueller’s investigation, or for harsh words against Russia. Some White House staffers, after all, merely resigned in disgrace.

Today, only Brittany remains, churning out memes like this one: 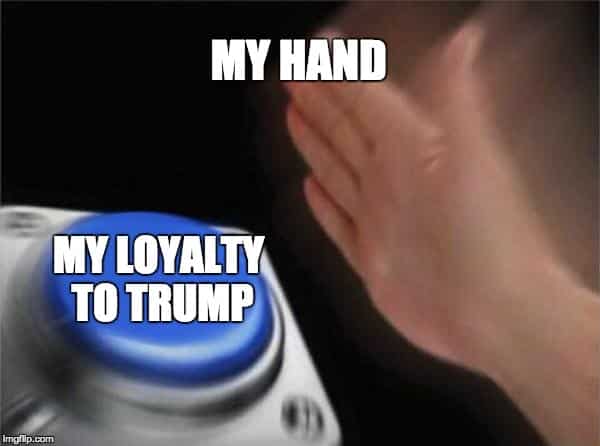 But when we tried to find her, the empty husk of the White House revealed no such overeager intern.

In the trash, there were no Cliff Bars, a popular 99 cent meal for an unpaid intern. There was no four-year-old Macbook Air covered in stickers. There were no tattered nylon backpacks filled with Keurig cups hastily stuffed into its pockets while no one was looking.

We opened door after door. Our footsteps echoed down the long halls. In the distance, the muffled sound of Fox News din emanated from the President’s sleeping quarters.

We peeked into the staff break room. No Brittany.

We checked the bathroom. No Brittany.

Then, we wondered: would an unpaid intern alone in the White House (but for a President locked away in his room with no company besides his cable news, his McDonalds, and his PostMates delivery boy impatiently chained to a company-craved old man’s never-ending tirade) be able to resist switching offices from the unglamorous, flat-carpeted and yellow-tinged intern wing, a dusty old room with long tables and no privacy? Would she, in fact, be tempted to relocate to an office perhaps slightly more oval-shaped?

But alas, the Oval Office, too, was empty.

We checked our phones. Brittany had just posted a meme.

We looked closer. The location setting was enabled.

WOW! Ben Carson’s $31,000 Table Was Used By Jesus During The Last Supper