by Kevin R 5 years ago6 months ago

When news broke out two weeks ago that Secretary of Housing and Urban Development Ben Carson purchased a $31,000 dining set, everyone had the same question.

What kind of dining set is this, and how could it possibly be so expensive?

Then, everyone wondered how someone who opposes basic social welfare programs could justify such an extravagant – and pointless – use of tax dollars. What’s come to light in the weeks since explains everything.

You see, the dining set is two thousand years old, and has traveled halfway across the globe. The table is quite long. Thirteen people can comfortably sit on one side, even if one person has his arms spread all the way out.

It’s easy to see why the table is so expensive, when you consider that it is the exact table Jesus Christ used to host his last supper.

Housing For Poor Low Priority For Housing Secretary. Must Focus On Dining Furniture.

But if you’re wondering, no, it’s not typical for HUD, or indeed any department, to spend tens of thousands of dollars on dining room furniture. In fact, the entire redecorating budget was only  $5,000. However, HUD officials rebutted “$5,000 will not even buy a chair.” Deaf ears fell upon the junior staffers pointing out that if they tried googling for chairs under a search other than “Literally the Iron Throne of Westeros,” they might find less expensive options. 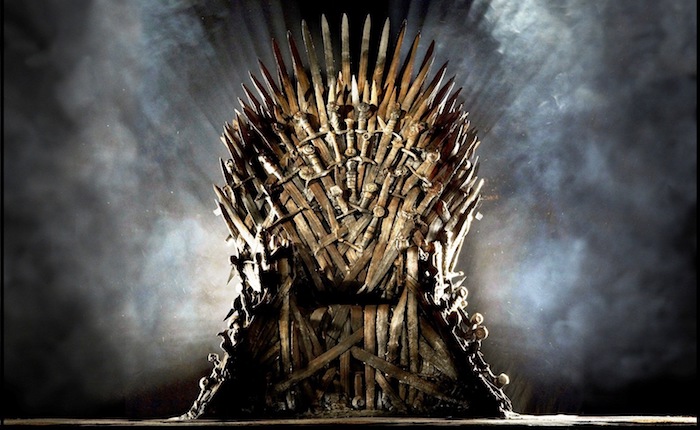 With a 7 billion dollar cut to the department’s budget following Trump’s election, those who were hit the hardest were low income earners. Those on the Section 8 voucher program would need to pay a whole 17 percent more of their income toward rent. The number of vouchers available would also decrease by over 200,000. Meanwhile, previous cuts to the budget left public-housing homes filled with mold, ridden with disrepair and faulty appliances.

Simply, there was no money left to assist the poor. Like Jesus, the Carson-led HUD prioritized window blinds ($3,400).

The furniture at HUD was falling apart. The old dining room table in Carson’s personal office was covered in scratches and scuff marks, making it completely impossible to set plates on top of it. What was Carson supposed to do? Not have a dining room table in his office? Such a ludicrous notion was beyond fathomable. After all, he reasoned, everyone needs a dining room set in their office. 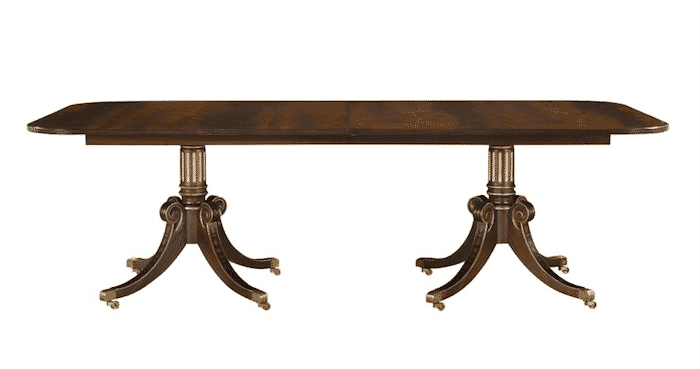 Meanwhile, Carson was busy with work. His tasks included reducing the amount of food stamps for the hungry. Instead of receiving the stamps to purchase their own food, the needy would get a box of processed food. White House budget director compared the box of canned meats to Blue Apron (a gourmet grocery delivery service).

From the golden gates of Heaven above, Jesus smiled at the savings. Part of that money, He knew, would be going toward that blessed table. He remembered the fine, beautifully crafted woodwork, made from trees felled along the mouth of the Nile River. Coated in a glossy sheen impossible for the time period — but not impossible for the divine Son of God — Jesus sighed fondly, remembering the meal he shared with his disciples that would be his last, other than supping from the bloody lips of death’s kiss.

That table, Jesus knew, belonged in the personal office of Donald Trump’s Secretary of Housing and Urban Development. Where else would be more appropriate? He could think of nowhere else. And at $31,000, it would be a steal.

“Thou Shalt Use Tax Dollars To Fly On Private Jet”

Carson isn’t alone in his exuberant love for spending tax payers’ dollars on his own pleasures. Treasure Secretary Steve Mnuchin used a military plane to fly to Fort Knox so that he could watch the solar eclipse. Health and Human Services Secretary Tom Price chartered private jets on government dime for important matters, like having lunch with his son.

More recently, President Trump himself arranged for a flamboyant, extravagant military parade on Veteran’s Day. Of course, the main purpose of the parade serves no purpose other than stroking Trump’s own ego. And for what? The cost of the parade is the equivalent of feeding every single homeless veteran in the country.

Money well spent, agreed every hungry veteran on the street with untreated PTSD.

It’s a matter of fitting in. It’s easy to see why Carson would want to buy Jesus’ long, historic dining table. The righteous thing to do, as evident by the GOP’s long history of consistent behavior, is to cut funding from programs that benefit the poorest Americans — and use those savings so that politicians can mimic the exuberant, luxurious lifestyles of the rich and famous. It’s just how God intended it. 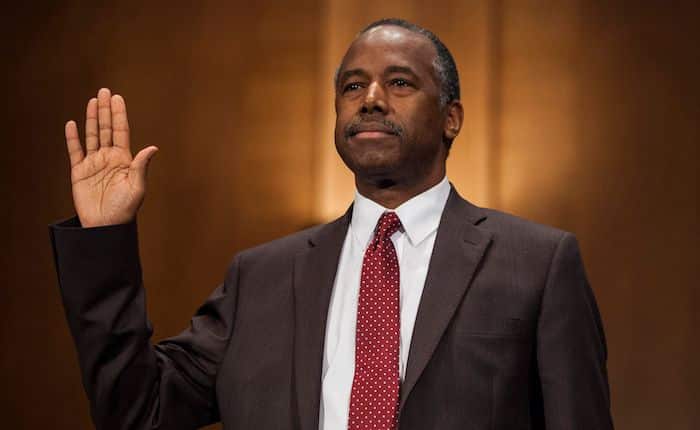 When Carson bought the dining room set, a tremble pulsated within the Earth’s crust. God chuckled, and gave two thumbs up.

So after receiving the direct blessing of God, it’s hard to explain what Carson did next.

He cancelled the order. Even after God went through all that effort of putting the Last Supper Dining Room Set on Ebay.

“At the request of the Secretary,” said HUD spokesman Raphael Williams, “the agency is working to rescind the order for the dining room set.” He then explains that the staff ordered the set without directly consulting with Carson. Of course, this makes perfect sense. They didn’t consult with Carson, because they consulted with God.

Much like Jesus after that whole thing on the cross, the dining room set was was put to rest. Alas, the the Last Supper will indeed remain the last supper atop its handcrafted mahogany surface, complete with matching chairs, a sideboard, and breakfront.

Now, the nation reels with unresolved curiosity. It’s the question everyone’s dying to know. “Well, did Carson end up buying a different table. If he didn’t, where will he dine?”

Perhaps somewhere ludicrous, like his own house? Somewhere high above, an angel shudders at the thought.