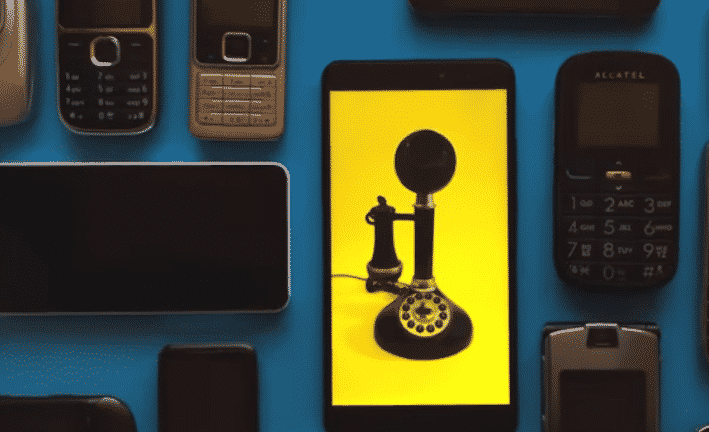 A smartphone is an easy thing to take for granted. We carry it with us everywhere we go, we see them all the time, and we forget just what they represent. Not only are we mobile when we make calls now (which was all but non-existent in the 80’s and 90’s unless you had one of those huge, bulky ones that cost a grand back then) but smartphones give us the ability to carry what is essentially a machine that is MORE useful than a personal computer on us.

And though some of us may scoff at the technology and how reliant humanity has become on the smartphone, this video puts that in perspective by reminding us we are essentially carrying an item with us that technology once thought was LITERALLY impossible (and very much was back then).

But the truth is, modern society would be utterly lost without its smartphones, and this video reminds us why that is okay:

I mean, think back to yourself in the 90’s if you can. If someone told you in 1996 that you would be able to carry a GPS, radio, TV, video player, a computer, phone, AND A personal assistant around in their pockets (plus so much more) in one device, that would’ve sounded insane.

Yet that is exactly what a smartphone is.

A truly beneficial piece of hardware that reflects the massive modern leaps we are making in this technological age. Makes you kind of sit in awe at where we will potentially be another twenty years from now.

Seems it was just like yesterday when we all fought over and hoarded HEAPS of toilet paper for no reason at all. All the memories are rushing in as the US suffers from a gas shortage. As expected, gas shortage memes are everywhere to bring light to our currently sad situation. Along the US east… END_OF_DOCUMENT_TOKEN_TO_BE_REPLACED

Israel’s Iron Dome has protected the country against missile attacks for years. The Iron Dome in Israel is the biggest of its kind in the world. No other countries in the world use the same air defense system, meaning it is one of a kind. The tension between Israel and Gaza has been going on… END_OF_DOCUMENT_TOKEN_TO_BE_REPLACED

The world is devastated by the news that Britain’s Prince Philip, the Duke of Edinburgh, has died at the age of 99. Palace media confirms that the Duke has expired mid-day today, April 9th. The announcement did not contain any specifics on the cause of death. The United Kingdom will enter a state of national… END_OF_DOCUMENT_TOKEN_TO_BE_REPLACED