President Trump famously indulges in twelve Diet Cokes a day, as well as McDonalds cheeseburgers multiple times per week (supposedly to minimize the chances of being poisoned). Of course, constantly eating Big Macs can lead to misconceptions on what constitutes a proper meal. For example, “My food must be so tall that my jaw cracks when I try to bite into it.” Or, “I should be so full afterward that I lapse into a coma only the croaking of Sean Hannity starting his news hour can wake me from.”

Recently, Trump’s body mass index was revealed, and he’s one pound away from obesity. It should come as no surprise that the president’s physician drafted a new diet. So Trump said goodbye to his signature meal — “two McDonald’s Big Macs, two Filet-o-Fish sandwiches and a chocolate milkshake,” swapping the red meat for fish. And not Filet-o-Fish!

His new diet eliminated fatty, sugary, and greasy foods. It’d been two weeks since anyone had seen him eat a cheeseburger. Then, the President promptly started a trade war.

Essentially, Trump announced a new tariff on steel and aluminum imports — 10% increase for aluminum, and 25% for steel. Of course, the decision sparked outrage from impacted global allies. Many of them have already clashed with Trump on numerous occasions, or had their hands injured by his masculinity complex.

The top importers of steel into the US are all close allies: Canada, Germany, Japan, South Korea, Mexico, and Turkey. These countries have walked alongside the US for years, from fighting wars together, to joining NATO, or aligning over common ideals. The tariffs, thus, most negatively affect the US’s allies. Conversely, they barely impact the nation’s rivals, such as Russia or China. In fact, the move could be seen as a benefit to Russia through the discord sewn into strong global partnerships. New avenues for profit arise in the wreckage. But that would be ludicrous. After all, the President is no Russian puppet.

He then took a bite of iceberg lettuce and glowered.

Trade Wars Are Good, But We’re Not Having One

Trump gave little reason to assuage concerns that he had no idea what he was doing. In a series of tweets meant to clarify his position, he called trade wars “good and easy to win.” Unbeknownst to many, he meant to include “like Candyland” at the end. However, the tweet exceeded the character limit.

Candyland is a popular children’s game featuring a simple, color-based system in which the player makes progress by drawing cards. The cards predetermine the winner. Players move their pieces according to the cards they draw, utilizing no skill of their own besides obedience. It is a favorite game of Trump’s, which it’s rumored he plays with Vladimir Putin over the telephone.

Of course, US allies threatened by the new tariffs in turn suggested their own retaliatory tariffs, possibly on “Harley Davidson motorcycles, Levi’s blue jeans, and Kentucky bourbon.” At first, Trump was dismayed over the possibility Big Macs could be tariffed, then rise in price. His budget is tight, owing to excessive legal fees. Then, he remembered that he doesn’t eat Big Macs anymore. Only wedge salads, paired with water.

Following his comment on how trade wars are good, Trump elucidated, “No, we’re not backing down. I don’t think we’ll have a trade war.” 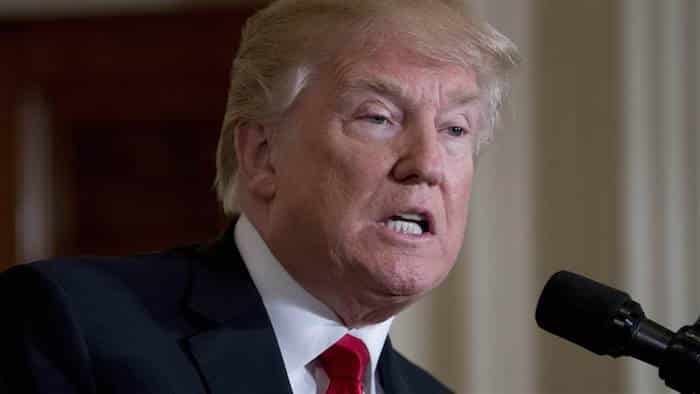 For a President prone to inaction (see: gun violence legislation, health care reform, the wall, Puerto Rico, Russian sanctions, etc.), many were surprised by Trump’s sudden interest in contributing to the country beyond his constant scandals plunging the nation into an eternal downward spiral.

One Republican Senator told CNN, “There’s merit to not jumping the gun on this proposal given the guy who sits in the Oval Office,” implying the President is inept. His statement however is unfair. The President isn’t incompetent. He’s just hungry. It’s hard to function on a diet of sensible fish filets when you’re used to the flashier Filet-o-Fish. They’re 100% more grease, and 100% more -o-.

The President hoped to put concerns to rest. During a news conference, he confirmed that the tariffs would be applied, “in a loving, loving way.” However, Trump’s tendency to forcibly kiss and grope women against their will leaves many puzzled over what his idea of love looks like. He continued to explain, other countries would “like us better, and they will respect us much more.”

Those in attendance contemplated the President’s suggestion. Other nations would like the US better after the President taxes their exports for seemingly no reason? It then dawned on everyone that the President derived his concept of love from the masochistic depiction found in the popular film series “Fifty Shades of Grey.”

Ramifications are already rupturing throughout Washington. For one, the stock market — a frequent bragging point Trump uses on Twitter when he’s depressed and needs to feel the validation only Likes and Retweets could provide — crashed. For another, the director of the National Economic Council, Gary Cohn, resigned. 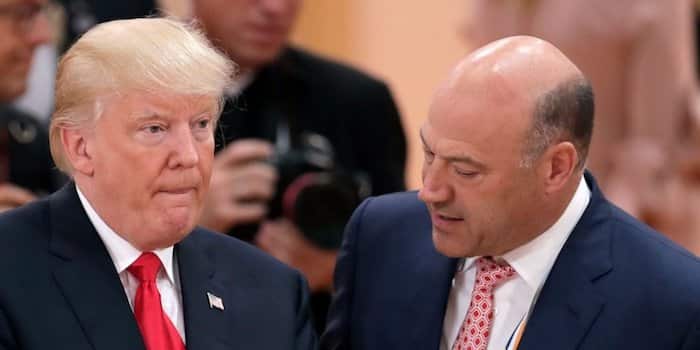 Quitting your job at the White House is a tenuous affair. Especially when considering the amount of congestion in the White House parking lot from everyone constantly trying to leave. Director of Communications Hope Hicks, who quit last week, waved to her former colleague from her Honda Accord. The exodus engulfs her in gridlock to this day, still hundreds of cars away from the exit ramp.

When reporters asked him about the high turnover rate, Trump responded, “Many, many people want every single job. … I could take any position in the White House and I’ll have a choice of the 10 top people having to do with that position. Everybody wants to be there.”

A position at the White House is certainly attractive due to its prestige. Still, it’s undeniably difficult to work for someone who has a tendency to make rash decisions with a hugely negative impact on the global economy, enrages close allies, and prompts the few capable officials left to quit, just because he has a hunger pang for Mac Sauce.

If this is the kind of stunt he pulls just a couple weeks after swapping fries for celery sticks, let’s hope he gives up the diet soon. Let’s not forget the small issue of the nuke buttons. For all of our sake, give the man his Big Macs back.