President Takes Break From Assaulting Women & Having Affairs With...

The Trump Administration eliminates any emphasis on all forms of contraception, which were largely the focus of the Obama administration’s funding plan. In addition, it makes it harder for abortion providers to receive funding through the program, even to utilize those funds for non-abortion-related health services. Currently the funding may not be allocated toward abortions. All of this makes perfect sense, because the best way to reduce the number of abortions is to restrict access to contraception.

It’s important now more than ever to prioritize natural family planning. Pregnancy must be avoided at all costs. Right now, it’s dangerous to be a child in the US. For one, you’re likely to eventually drown in rising sea levels. For another, you’ll probably experience a shooting event at school.

After the massacre that took the lives of 14 students and 3 educators in Parkland, Florida, the Trump Administration is right to directly address how to protect our nation’s children. By not having them. And everyone knows, the best way to not have children is to practice natural family techniques like having sex without contraceptives. It’s solutions like this that make the president such a stable genius.

Trump accomplishes all of this while sacrificing some his greatest joys. It’s generous of the president to address the importance of sexual morality during time he could be using to assault women.

“You know, I’m automatically attracted to beautiful—I just start kissing them,” said the leader of the Unites States on a hot mic. “It’s like a magnet. Just kiss. I don’t even wait. And when you’re a star, they let you do it. You can do anything.”

“Whatever you want,” responded Billy Bush to the expert on healthy sexual morals.

“Grab ’em by the pussy,” said Trump, respectfully. “You can do anything.”

As a shining beacon of acceptable behavior, Trump is definitely the best one to allocate funding for the Health and Human Services Department. He’s a selfless individual, graciously surrendering important pussy grabbin’ time. Instead, he’s making decisions about the sexual health services that he should strip away from everyone, for their own good. And Trump’s generosity don’t end there.

The generosity didn’t end there.

In undoing initiatives to provide more far reaching access to contraceptives, Trump allows others the opportunity to mimic his lifestyle. After all, Trump has five children with three different women. He clearly doesn’t place much importance in them. So why should America? There’s plenty of room for unwanted children in our country. 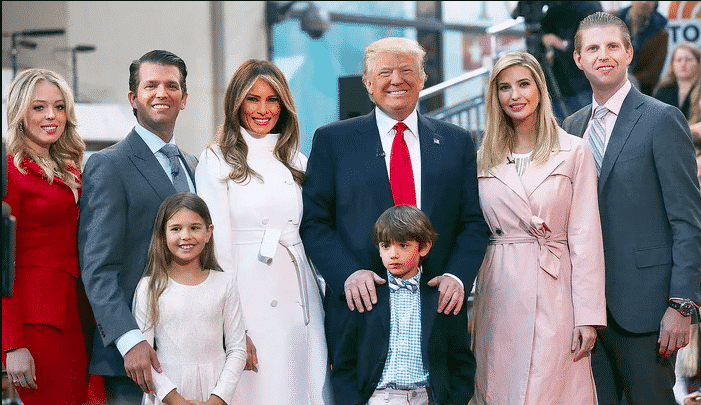 Under Trump’s plan, those who take funds must properly train staff to recognize and respond to child abuse, sexual abuse, domestic violence and human trafficking. It’s important to note that only those who take the funds must understand these issues, not those who supply the funds. That’s why it was OK for the White House to either overlook or ignore the domestic violence of its own White House Staff Secretary Rob Porter. Though the FBI consistently warned the Trump admin of their now-disgraced staffer about his history of physically abusing his wives, the White House did nothing. And that’s OK!

Similarly, there’s no need for the executives in charge of running the country to care about child abuse. It wasn’t a problem at all that they endorsed the known pedophile Roy Moore for a seat in the Senate. And sexual abuse? That’s a nonissue as well. The President doesn’t need to be cognizant of what constitutes sexual abuse. Only those he gives money to should fully understand. He has important things to do (see above).

Trump Is A Man Of God, Obviously

There’s some who criticize the focus on abstinence in the President’s plan for its heteronormativity, which is ludicrous given Trump plainly stated during his candidacy, “As your president, I will do everything in my power to protect our LGBT citizens from the violence and oppression of a hateful foreign ideology.” And would Trump ever lie about anything? Of course not. That’s why Mexico is going to pay for our border wall, we’re going to ban gun sales to those under 21, he had the most attended inauguration ever, there were millions of illegal votes for Hillary Clinton, and he totally didn’t come even close to colluding with Russia.

Trump is selfless, giving, and generous. We’re so lucky he’s taken time out of his busy schedule to instruct us on how to lead effective, moral lives. We can trust him. And he’s so smart. We shouldn’t even question his stance on how to maintain healthy sexual lifestyles and reduce abortions. As he indicates, the answer is clearly abstinence — and if you do have sex, do so without a contraceptive.