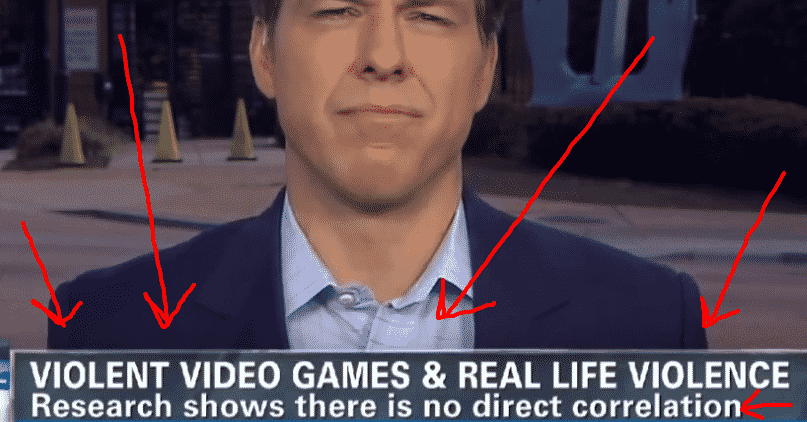 So next week, President Trump is going to hold a semi-secret-summit (say that five times fast, backwards while drunk) where he is going to attempt to blame all the current gun violence in the country on video games. No, really, this IS happening.

Even though this argument has been brought up a MILLION times by conservatives and NEVER ONCE PROVEN AS FACT, this jester is holding a secret summit that is basically anti-video games and, get this, NO ONE IN THE GAMING INDUSTRY EVEN KNEW ABOUT IT (meaning there will not be a single person there to represent the gamer side).

Also, his summit is foolish as it has already been disproven COUNTLESS times:

Not so much a summit as a witch hunt from a man who is too afraid to admit he can’t handle his job so he is pointing his tiny fingers at everyone else.

It’s not the first and definitely won’t be the last time a desperate and foolish president grasps at straws by bringing up this stupid “video games causes violence” argument, but to not let anyone in the actual game industry know about a summit ABOUT their industry just shows you the kind of sad, little boy our president really is.

He is no man. Men allow all sides to say their part. Petty little boys disguised as men don’t.