by James Kosur 11 years ago8 years ago

Twiter.com has used the popular misspelling of the micro-blogging website to attract more than 125,000 monthly visitors to their site and then stealing user information whenever possible. Site owners at Twiter.com have also redirected Twitter users to other sites that have attempted to directly steal user information or plant malware on users computers.

Twiter.com was first registered in 2004, a full 2 years before Twitter.com founder Jack Dorsey launched his popular micro-blogging website, however Twitter executives say that ownership of the URL has changed hands on various occasions since that time as the company’s own user base has grown into the hundreds of millions.

The lawsuit isn’t the first time Twitter has sued a company for using (or closely using) there name, in 2010 they sued Twittersearch.com and while the WIPO did not find in their favor they were still able to have the URL transferred into their control.

Here’s one iteration of the Twiter.com URL: 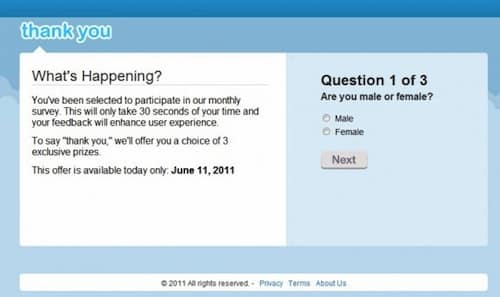 [Special thanks to Fusible for pointing out the filing]