3 Founding Fathers Who Are Spinning In Their Graves So...

If America’s founding fathers were anything, they were divisive and squabbling. But they do share something: they’d probably be pretty disappointed in the current state of what they created over 200 years ago. They hated political parties and supported subordinating petty desires for the benefit of the greater republic. In today’s gridlocked government, they would likely see some of their grimest predictions and worst fears realized. 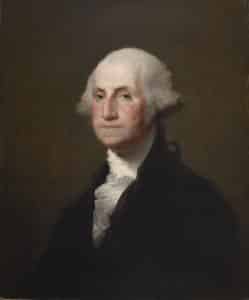 “However [political parties] may now and then answer popular ends, they are likely in the course of time and things, to become potent engines, by which cunning, ambitious, and unprincipled men will be enabled to subvert the power of the people and to usurp for themselves the reins of government, destroying afterwards the very engines which have lifted them to unjust dominion.” – George Washington

Good old George is best known as the first President of the United States military leader of the Congressional Army, which won the war of the American Revolution against British regulars. He also established a number of traditions about the American presidency, like a two-term limit and the title of the office. But most relevantly, he was vehemently opposed to a political system based on political parties. He predicted many of the exact evils our political system faces today, from intractable gridlock to growing radicalization. He knew that what he called “unprincipled men” could unbalance and subvert the power of his burgeoning republic, and he feared what would become of a country in which political parties held sway. While he might not be surprised to discover just how prescient his judgment was, he would surely be disappointed. 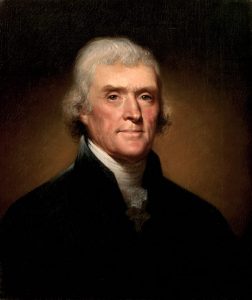 “I predict future happiness for Americans, if they can prevent the government from wasting the labors of the people under the pretense of taking care of them.” – Thomas Jefferson

One of the most misunderstood geniuses in the time of the American Revolution, Jefferson was a champion of little-R republicanism, small government, and individual rights. That’s made him something of a darling of the current conservative government and its supporters, and he’s constantly quoted with minimal context and less understanding. As a polymath and extremely skilled writer, however, Jefferson was a smart man and expected the citizens in his new government to be intelligent as well. Of course, this was at a time when voting was restricted to the richest members of society, who could afford to be the best educated and well-read. Looking at today’s government, Jefferson would almost certainly be disgusted by how dramatically his general principles have been twisted in support of ventures he would have never agreed within his own time. 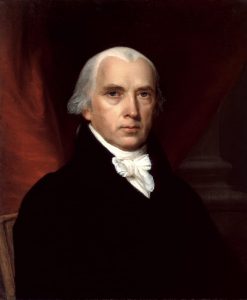 “I believe there are more instances of the abridgment of the freedom of the people by gradual and silent encroachments of those in power than by violent and sudden usurpations.” – James Madison

Often called the “father of the Constitution,” James Madison was the principal author of both the United States Constitution and the accompanying Bill of Rights. Madison doggedly opposed Alexander Hamilton’s attempt to consolidate power around the federal government, opposing both the Federalist party and the growing power of the federal government. As such, like his political partner Jefferson, Madison has often been co-opted to support small government or states rights political leanings. But like the other Founding Fathers, Madison was a learned man who saw the value in reasoned debate, careful analysis, and thoughtful wording. With the bloviating and bullshitting pervading today’s government, Madison would likely be left to shake his head at just how far we have fallen.