Who Wore It Better: Melania Trump or Carmen Sandiego?

Before now, it’s likely that you thought the only similarities between Melania Trump and Carmen Sandiego is that people never seem to be able to find them. Especially in regards to Melania who seems to go missing anytime there happens to be an event involving her husband going on. Since Ms. Trump has become the First Lady, her style has changed drastically but she always manages to walk around looking like she’s strutting down a runway. Over the years she has shown a significant amount of resemblance to the notorious detective Carmen Sandiego, leaving us all to wonder: Who wore it better?

Who Wore It Better? The Big Floppy Hat 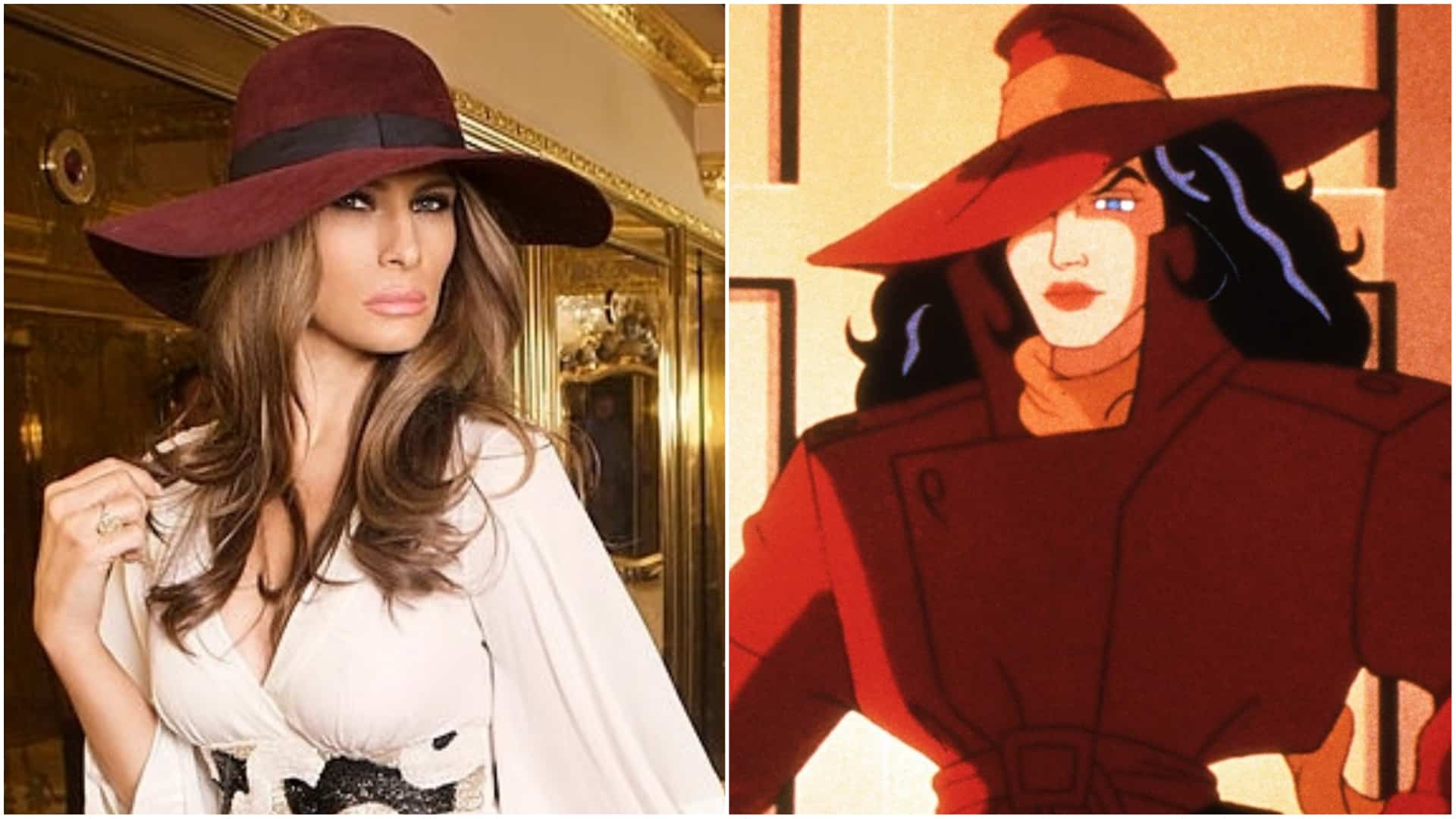 When a mystery is upon her, Carmon Sandiego uses her notoriously large floppy hat to stay incognito. While the red hat in this style is known as an essential part of her disguise, it has also become quite trendy as of lately and Melania has been known to rock the look on occasion. Since the First Lady has no one to hide from other than her ass-grabbing husband, her hat is likely more for aesthetic purposes than some sort of attempt at cartoon-inspired detective work. They both manage to have that smoldering look that implies they’re up to no good, but likely the only thing Melania Trump is up to is learning new ways to cash in on her green card marriage.

So, which one of these ladies wore the big red floppy hat better? This one has to go to the cartoon character who originated this look nearly 50 years ago. Carmen Sandiego was an idol for young girls, teaching them that females can be smart and fight crime just as well as the boys. She also demonstrated that women can be sexy even with their clothes on, something that Melania Trump didn’t seem to learn until well into adulthood.

Who Wore It Better? The Red Detective Coat 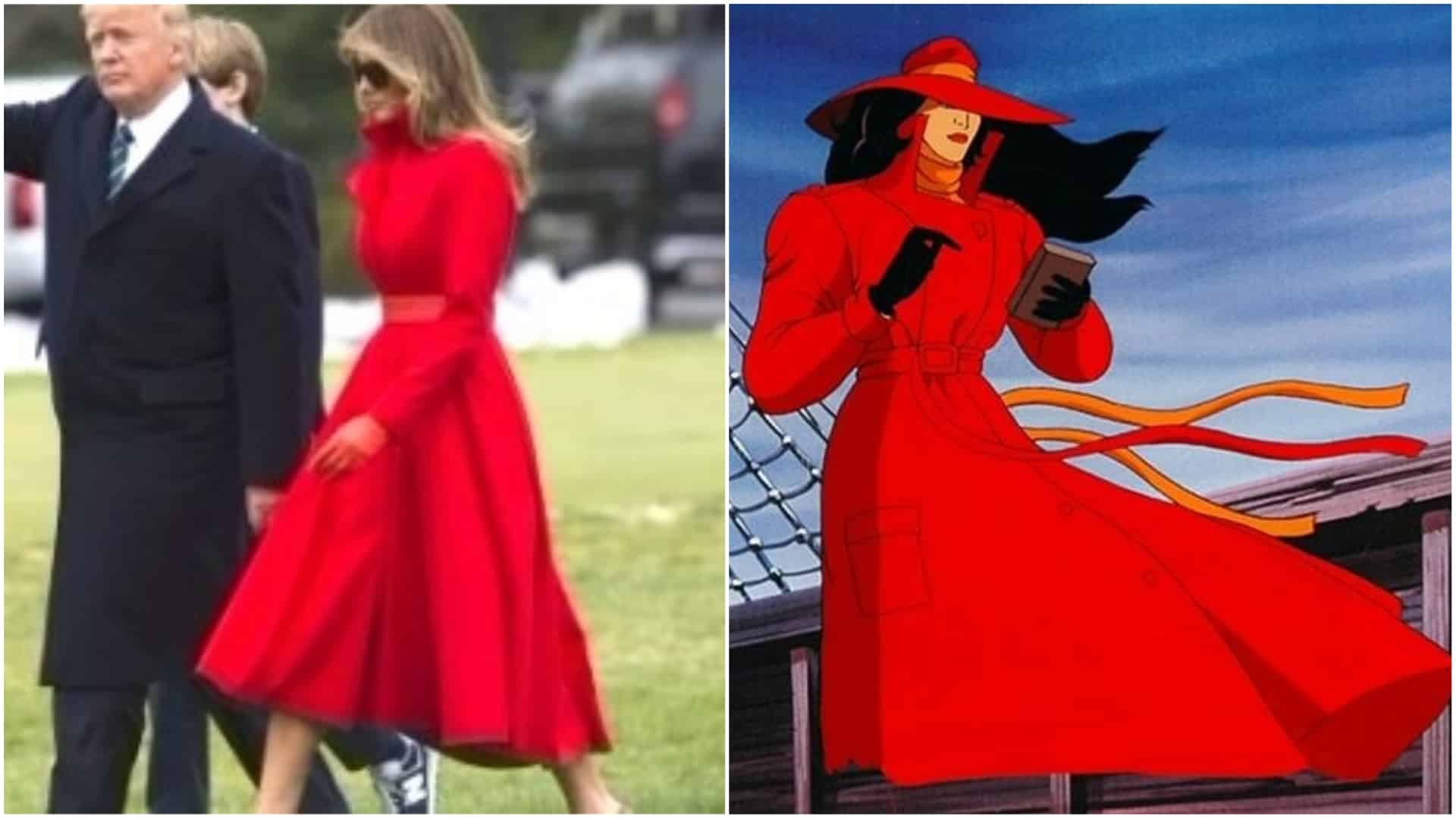 While Carmen Sandiego was rarely seen without her trademark red coat, Melania Trump has a more extensive wardrobe. Red must be her color though, as she wears a red jacket more often than not, only putting this color aside to wear one of her many fur coats. The First Lady’s modern take on Carmen Sandiego’s look screams Audrey Hepburn, almost looking more like a dress than a jacket. And as we all know, the Mean Girls clause in her prenuptial agreement with Donald Trump states that his wife can only wear pants on Fridays and heels low enough to ensure he’s always taller than her. Also, like in the cult classic film, Melania wears pink on Wednesdays.

When it comes to who wore it better, the look of the trademark red detective coat has to go to Melania. Carmen Sandiego runs around for two decades wearing the same coat, while the First Lady has so many red coats that she would likely have to use most of the White House as a closet if she actually lived there. Perhaps her vast wardrobe is the reason she chose to stay in New York, as she knows it’s more likely that Trump will be impeached before she managed to move all of her clothes to Washington, DC.

Who Wore It Better? Melania Trump!

Who Wore It Better? The Red Dress 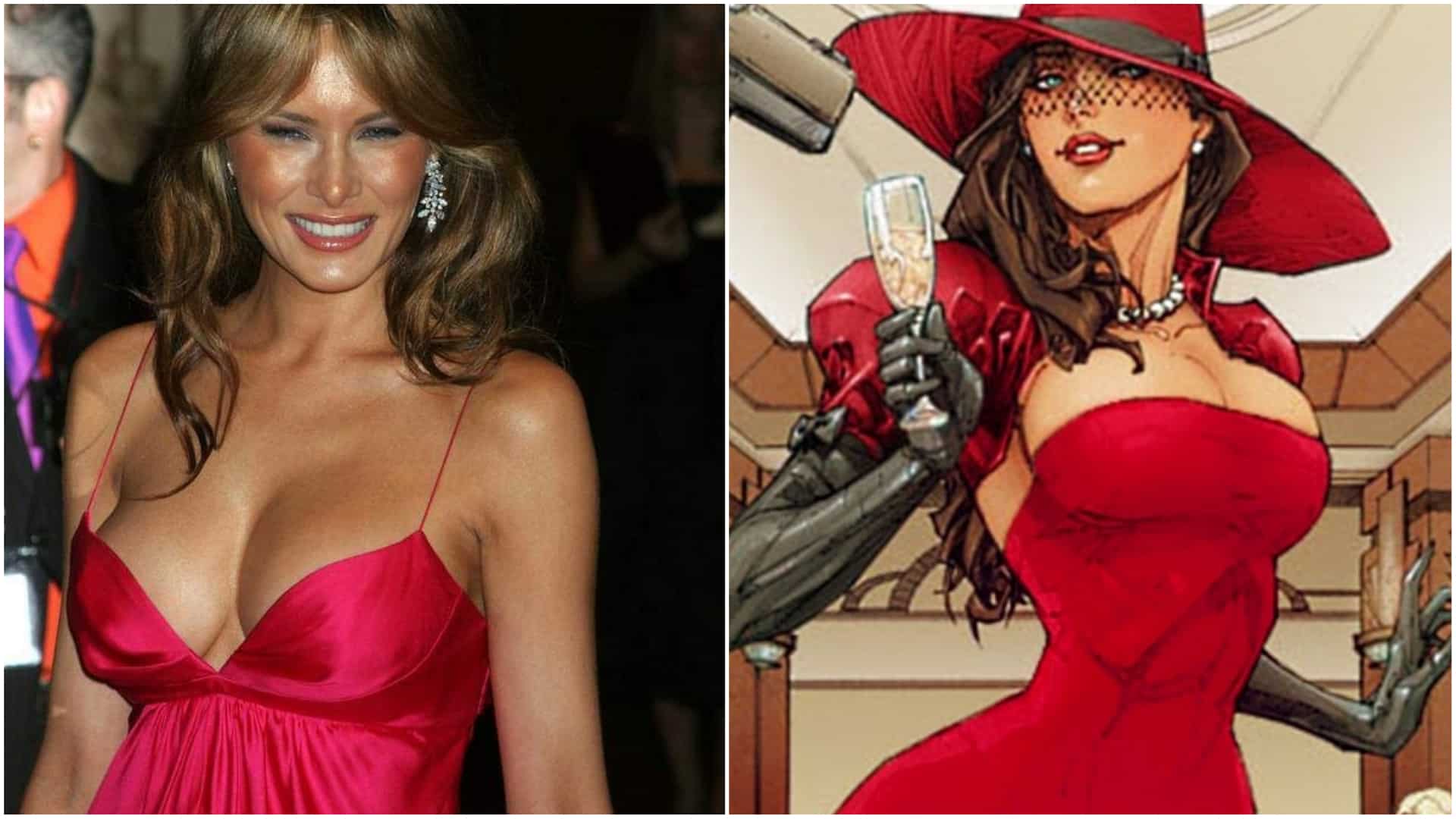 Even cartoon characters have major events that require evening gowns, and Carmen Sandiego was no exception. As the franchise matured, so did her look giving us a sex appeal standoff between her and Melania. While we can all admit the First Lady is a beautiful woman, she doesn’t necessarily exude the personality we might expect from the wife of a president. Even Ms. Sandiego manages to look classy in her hip-hugging dress accompanied by pearls, gloves, a small jacket and her trademark hat. Melania’s dress, on the other hand, is ill-fitting, to say the least. In her defense, this outfit was worn before she had to put on the conservative mask worn by the wives of all presidential candidates. That’s not what we’re concerned with here though, so who wore it better?

We’re going to have to go with Carmen Sandiego. While this depiction is far more sexualized than most of the images of her character, it still manages to capture her more conservative fashion sense. Melania, on the other hand, looks like she picked up that dress at Forever 21, wore it right out of the store before meeting up with all her single friends 10 years her junior in a club where she got more stares for being too old than for being attractive.

Who Wore It Better? The Catsuit 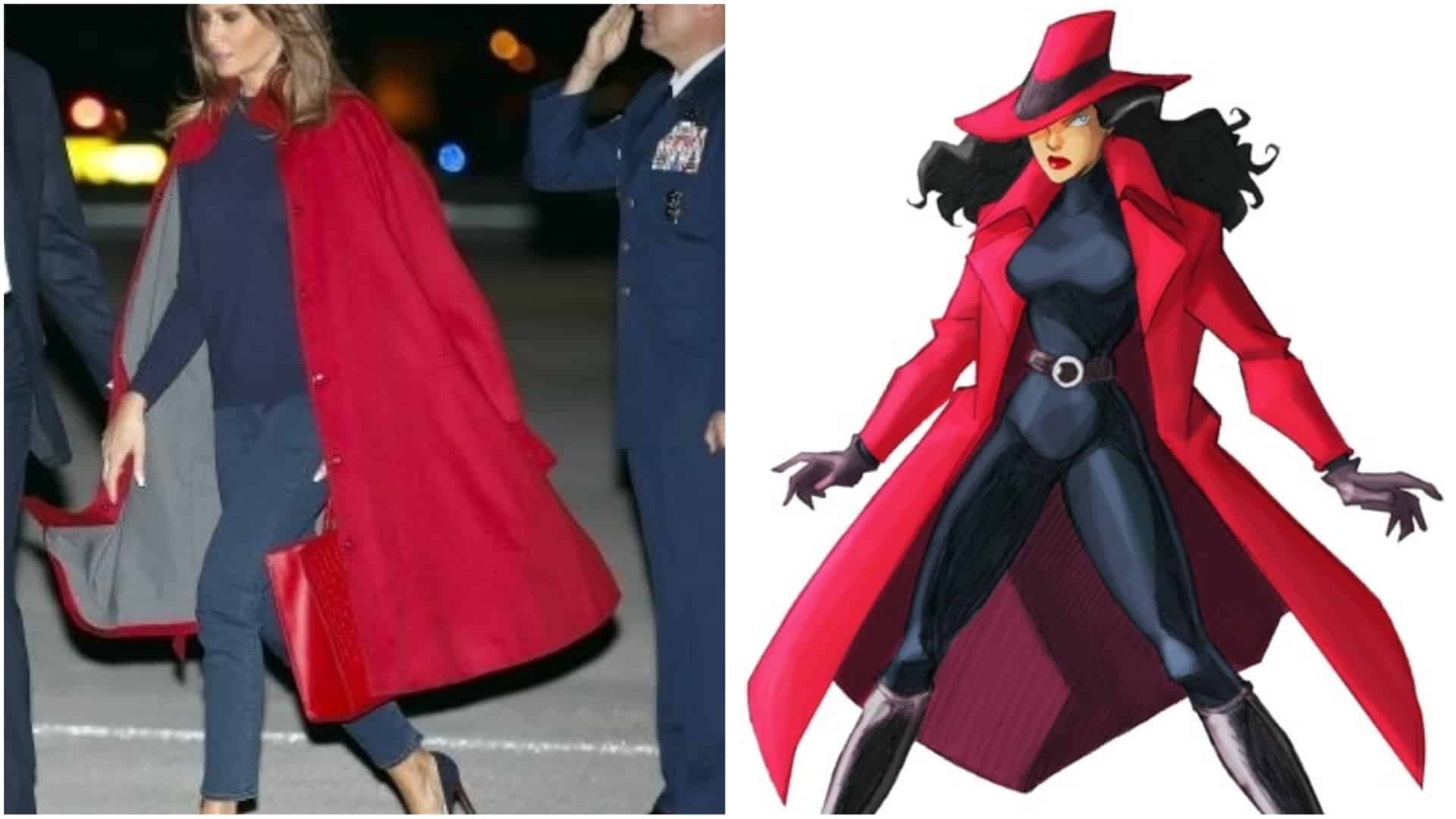 If ever it were revealed what Carmen Sandiego was wearing underneath that infamous red coat, usually it was some form of interpretation of Catwoman’s catsuit. Part of the cartoon character’s sexy but not too sexy image, the catsuit showed off all of her curves without being too revealing. Melania’s look is similar, accenting a dark outfit with a red jacket. It must have been a Friday since you can see that she’s wearing pants. Unfortunately, her choice to wear the jacket over her shoulders rather than putting it on makes it appear like she’s wearing a cape. Perhaps she’s hoping she’ll be able to fly away somehow in order to avoid holding Donald’s hand for the cameras.

So, who wore it better? It should come as no surprise that Carmen Sandiego rocked this look, truly appearing like a superhero while Melania, on the other hand, looks more like a kid who made their own Halloween costume at home out of old clothes. The First Lady managed to tone down her sex appeal, but this outfit hardly portrays her as the fashionista we’ve come to know her as.

Is anyone else now seriously itching to binge watch some old school episodes of Where in the World is Carmen Sandiego? If you can’t find any of the older episodes, you won’t have to wait too long as Netflix will be releasing their animated reboot next year! Get psyched!