How Trump Managed To Make Time For Numerous Affairs While...

It seems like every few weeks a new allegation surfaces in the media about another one of Trump’s affairs. With three wives, a half dozen kids, a relatively successful real estate investment business, and reality television career it’s hard to imagine how in the world this guy found time for all of these affairs. Tack on a presidential campaign, and it almost seems impossible that he’d be able to find the time. Donald Trump, however, seems to be The Flash when it comes to the speed in which he can go from his responsibilities to the bedroom and back again without the word getting out. Either that or the president has an equally arrogant twin brother with the same awful comb-over. Here are a few more likely reasons that Trump manages to find the time for all of these affairs.

Trump Has A Ton Of Employees 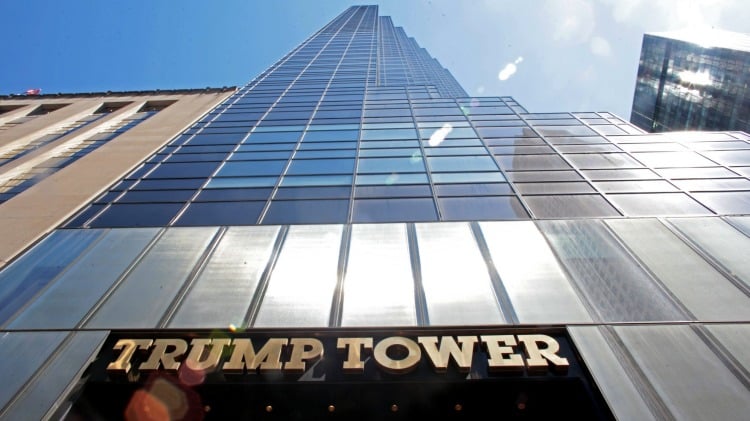 When you don’t pay your taxes, you end up accumulating a bit of extra money over the years. This allows him to hire a team of people to take care of any responsibilities he’s not up to taking care of himself like raising his kids, making sure his alimony payments are made on time, and scheduling his spray tan appointments. This opens up a lot of time for him to go out and look for trouble. 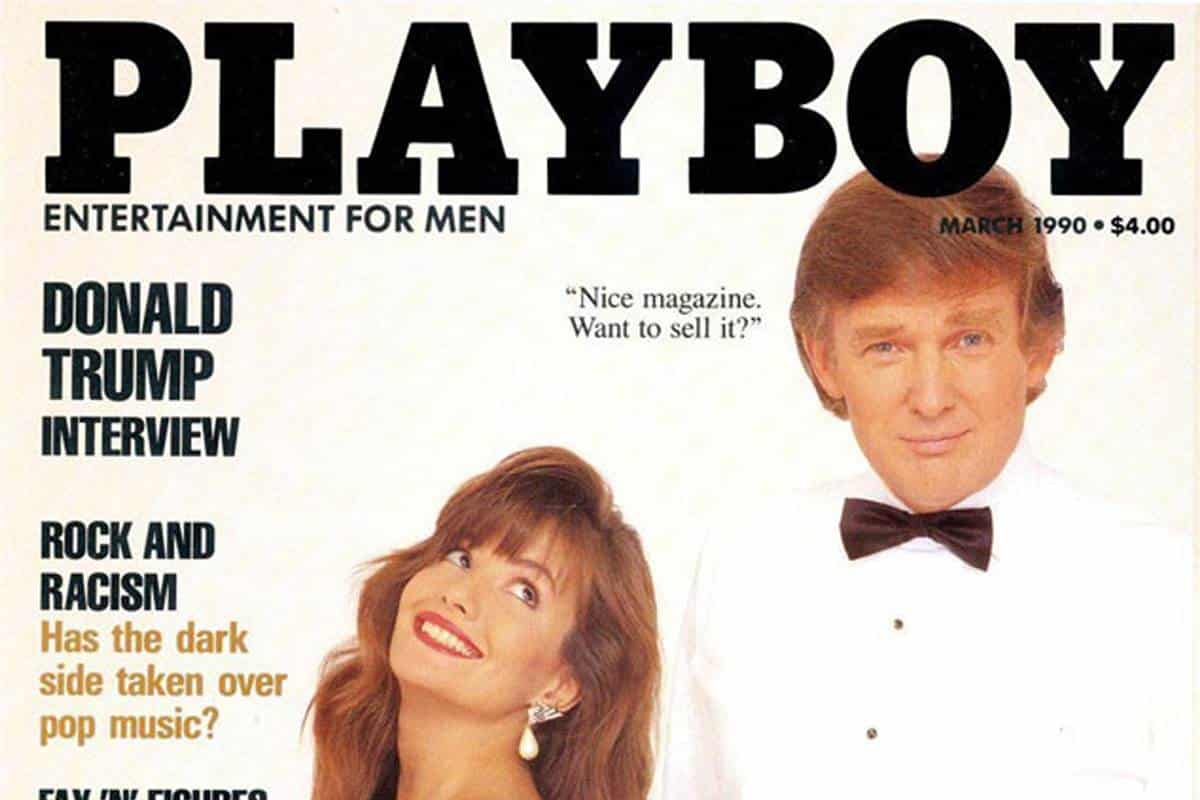 Before he was America’s not-so-humble leader, Donald Trump wasn’t exactly known for his work in politics. Known for his womanizing ways, his television and radio personality, and his ample amounts of cash, it’s no surprise that Trump attracted a certain kind of woman. Porn-stars, Playboy Playmates, models, gold diggers, and overall those who expect to receive something in return. Whether it’s a steak dinner or straight-up cash, Trump’s affairs come with a hefty price tag. This does, however, allow him to skip courtship and get right to the good stuff. 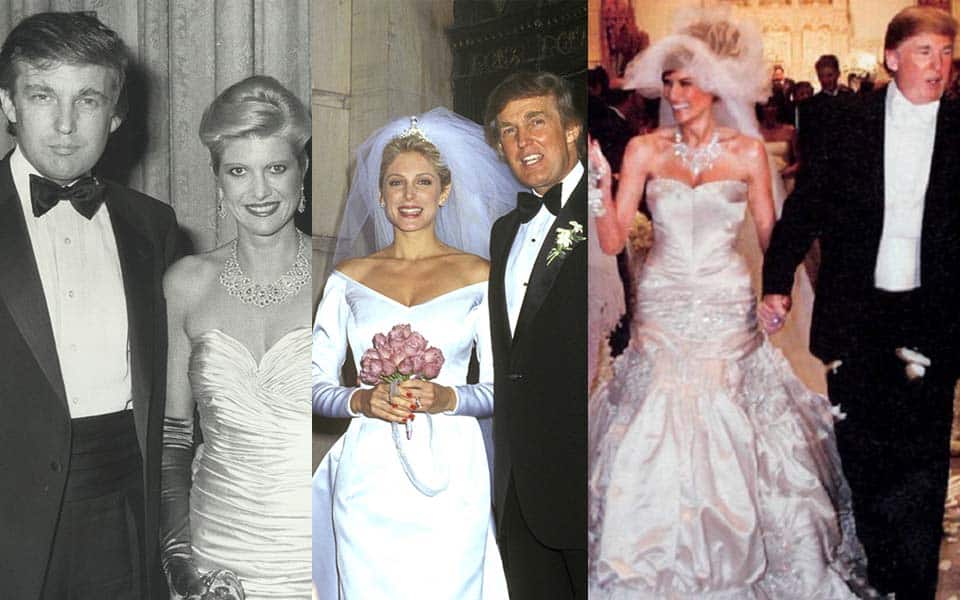 While there’s likely nothing specific in any of Trump’s prenuptial agreements in regards to his allowance to stray, his wives do receive a significant amount of money for putting up with him. Each year they receive a certain amount, more if they carry any of his bratty kids. So, if that meant looking the other way when their husband came home smelling like another woman’s perfume or when they found those extra small condoms in his pants pocket, it also meant a few thousand dollars more in their bank accounts. 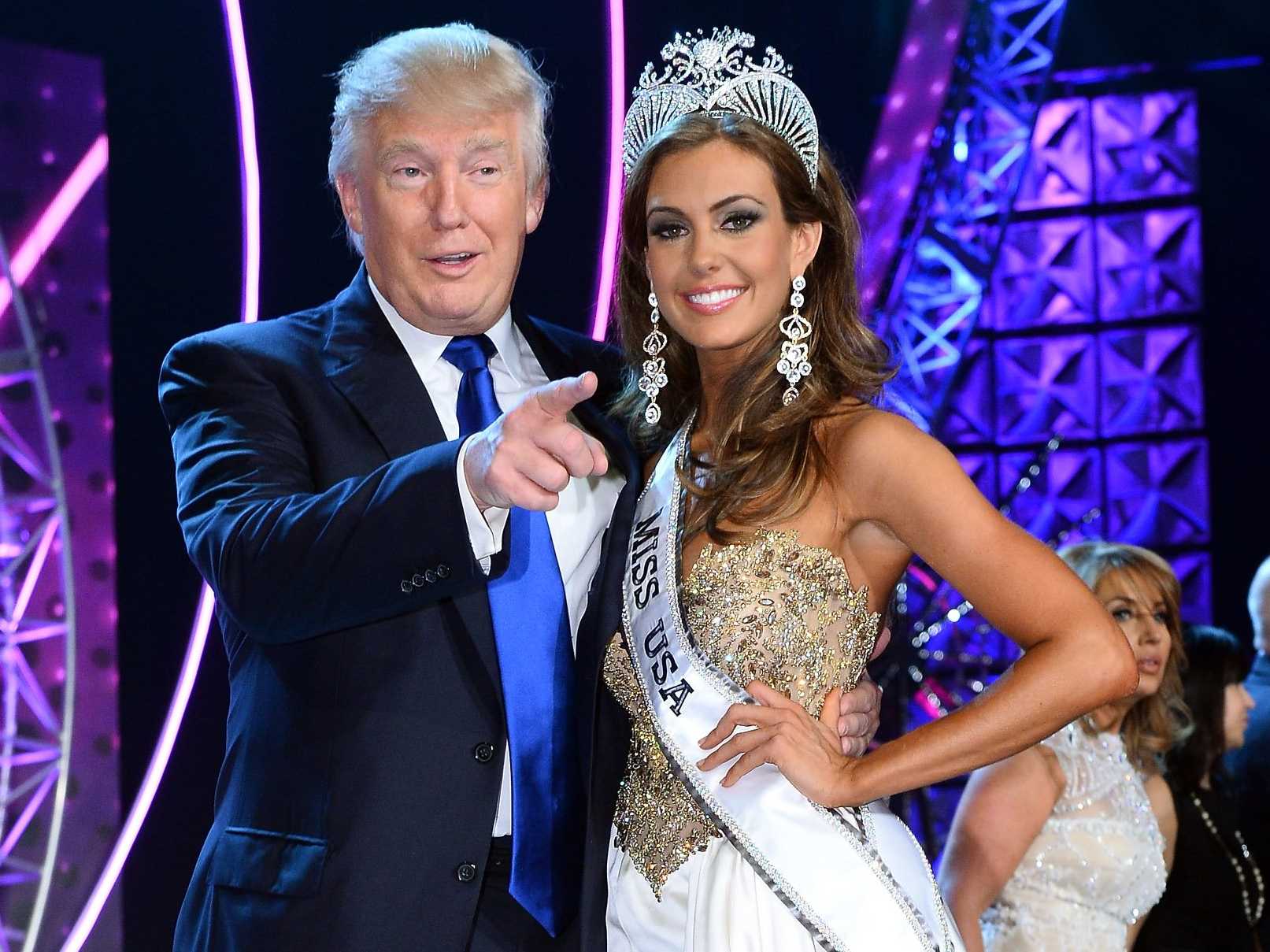 Even before Trump became a presidential candidate, he would travel often for work. It wasn’t exactly uncommon for him to find himself sleeping alone at night in his hotel room, and with an over-paid staff on his side, it wouldn’t be too difficult to fill that empty space if he decided he was in the mood. Trump’s affairs have allegedly lasted anywhere from a single night to several months, so it’s likely he flew his mistresses around the world with him on occasion to give them some extra time. Meanwhile, Melania’s at home with their son knowing that she’s making bank every time their wedding anniversary rolls around. 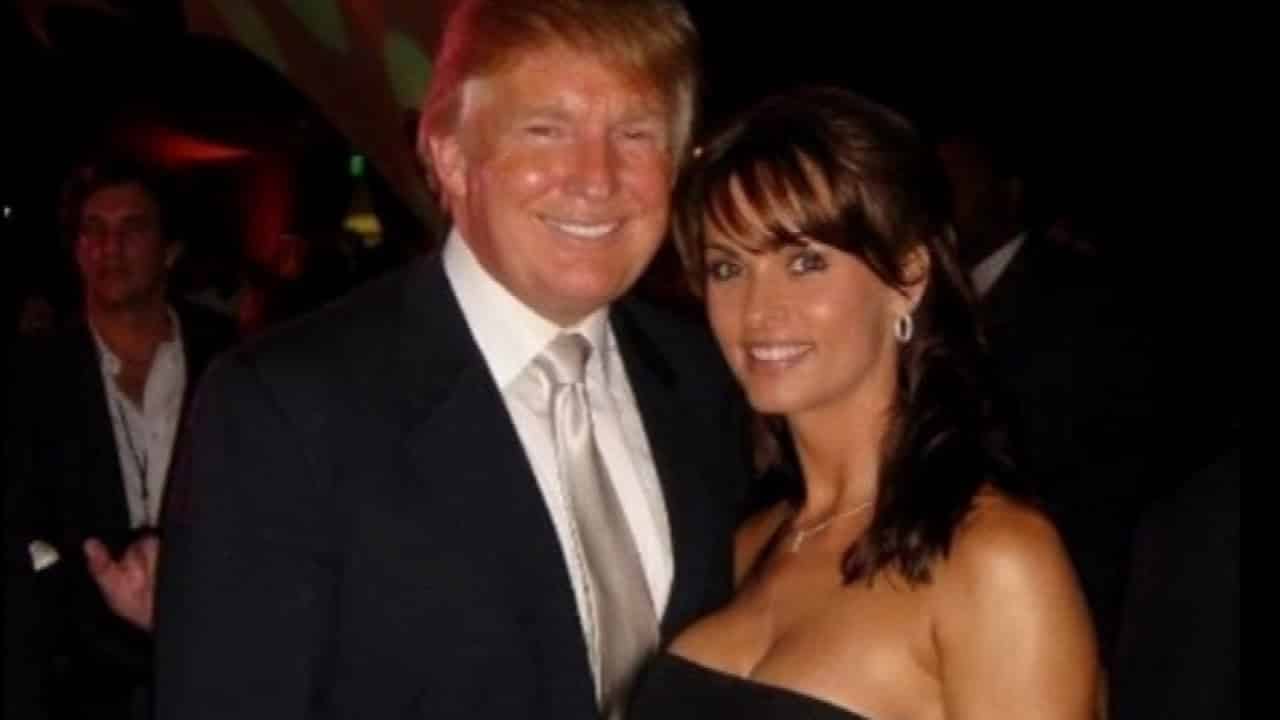 In order to ensure the media didn’t catch wind of his indiscretions, Trump had one of his friends in the business buy the rights to the stories women tried to sell and never release them. He also generously paid women to keep things quiet, even going as far as having his lawyer get them to sign a non-disclosure document. So, if Trump didn’t dish out the cash during the affairs women were still compensated for their time in other ways. This allowed him to focus on the affairs and spend less time worrying about the cover-up stories.

Trump’s Priorities Are All Screwed Up 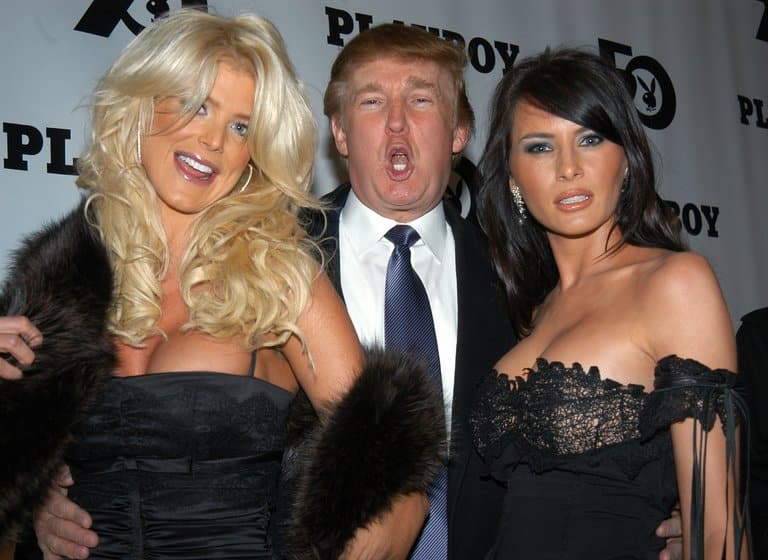 While to most people Trump’s schedule might seem a bit hectic, for him it’s hardly an issue. He doesn’t even have to be some kind of superhero to get it all done, as Trump simply prioritizes his affairs over everything else. Over his wife, over his children, over friends, over his business, and likely over his responsibilities toward our country. He was able to find time for his affairs because he made sure to make time for them. Gallavanting around with stereotypically beautiful women is the only thing that he seems to prioritize, throwing it right up to the top of his to-do list.

Trump’s Campaign Was Run By A Team 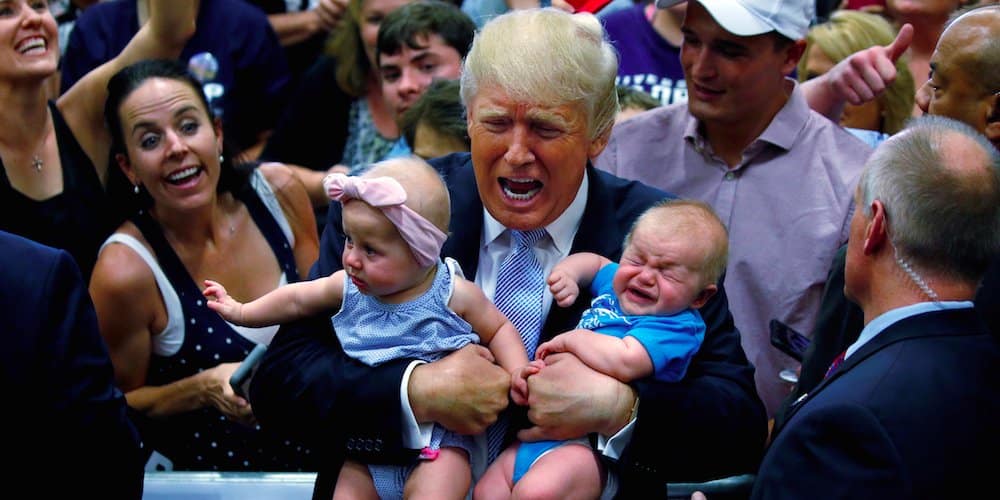 Trump’s presidential campaign was run by a team consisting of dozens of professionals who all had designated areas to focus on. His team included people who took care of his speeches, his public appearances, his reputation, and believe it or not, his social media presence. After spending hundreds of millions of dollars on this team of experts, however, it seems they still couldn’t convince him to stay off Twitter. Then again, it needs to look like he’s actually doing something while he’s in office and since the media certainly isn’t going to give him a pat on the back anytime soon, he had to find some way to do it himself. Not only did his team manage to get him in office, but they freed up his time to cheat on his wife.

Trump Had A Great Excuse To Stay Out Late 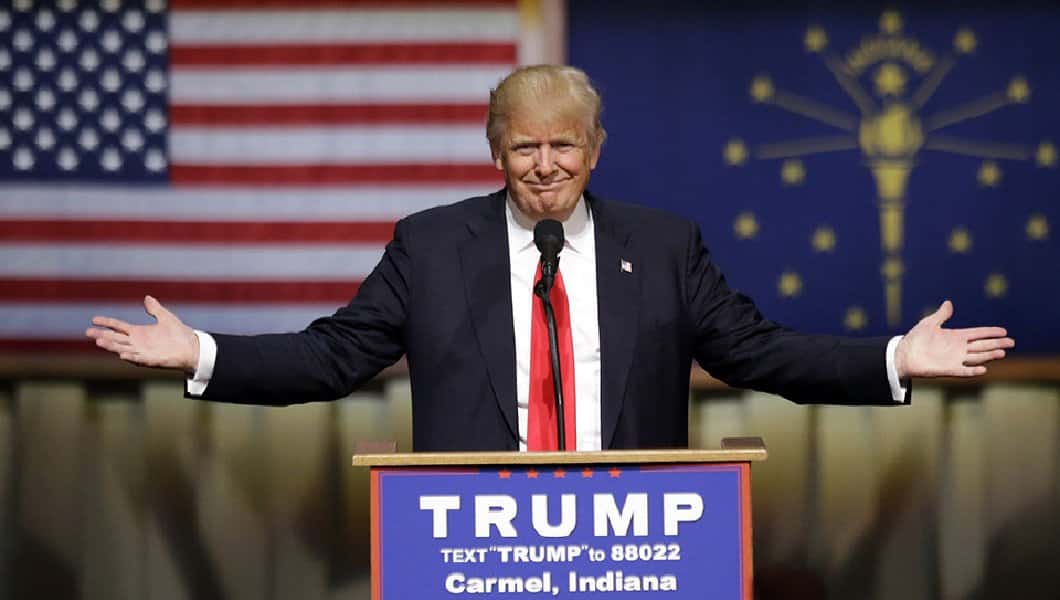 There’s no better excuse to not come home at night to your wife than telling her you’re busy running for president. Whether he went missing overnight or just had a late night, Melania probably wouldn’t think twice about the legitimacy of this excuse. It makes perfect sense for a presidential candidate to spend long hours in the office and long weekends in cities all over the country. With Melania having her son at home and her own business ventures to tend to, she’d often have her own things going on. Meanwhile, her husband was out having affairs with Playboy models and porn-stars as his presidential candidate gave him quite the excuse to go MIA.

Now if only he would go MIA from the White House we could get our country back on track!