Since the moment Donald Trump stepped foot inside of the White House, the internet has been trolling him with photos of objects that resemble his overly spray-tanned skin, his windblown hair, and all those odd facial expressions he can’t stop making. If you haven’t seen the famous ear of corn or the furry caterpillar that resembles the president’s epically bad hairdo, then you must be new to the internet or something. You won’t find either of those photos here though, as that’s old news. These are completely new photos of objects that resemble our not-so-humble leader, so get ready for your mind to be blown. Or at the very least, be entertained for a few minutes.

1. A President On Strings 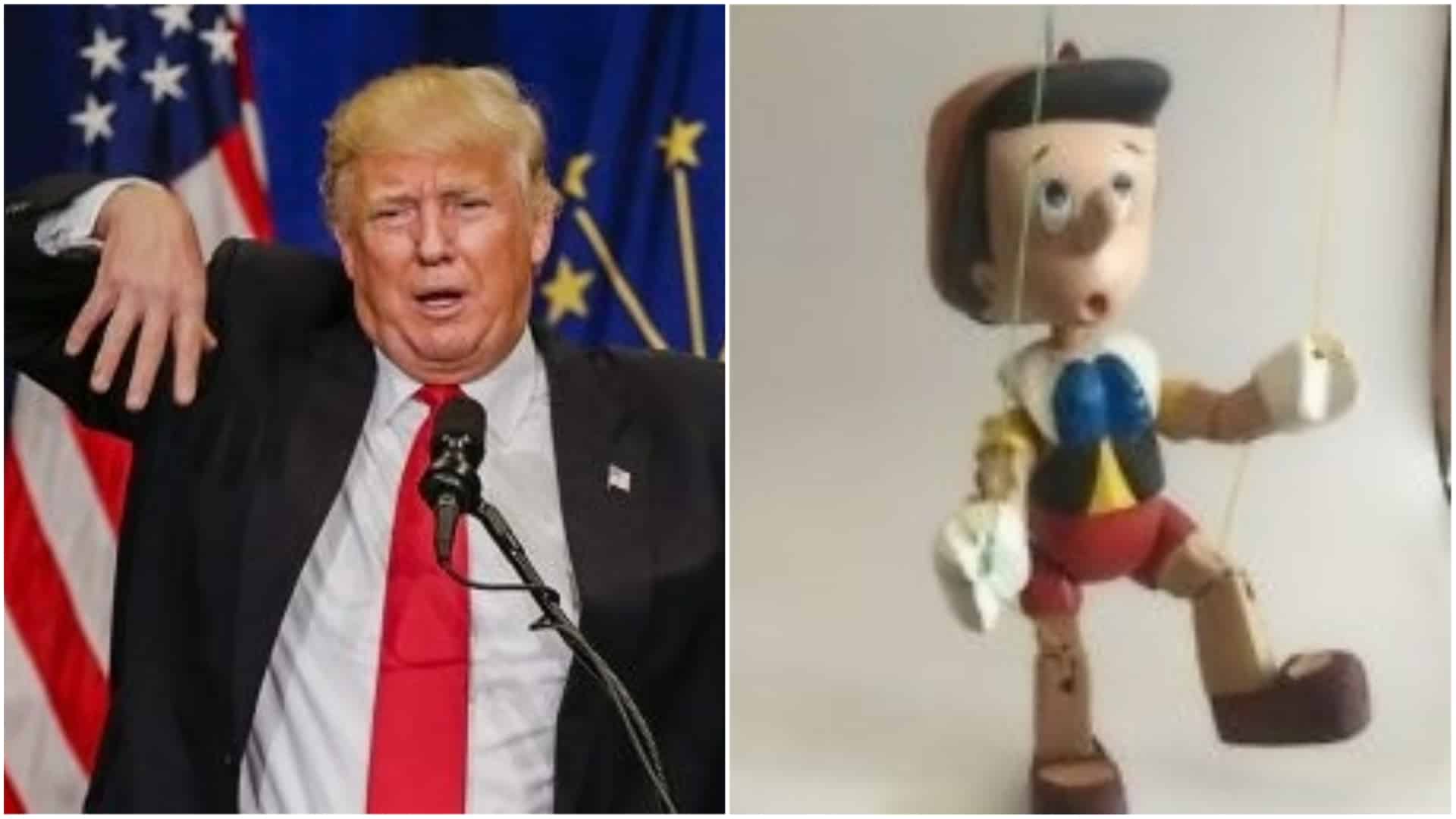 Unfortunately, unlike this photo might suggest, Trump isn’t actually a marionette puppet. Without someone to control his strings, we’re all forced to watch as he goes around making a fool of both himself and our country. If only he had Pinocchio’s nose, then the public would be able to figure out when he’s telling the truth and when he’s lying. Likely if that were the case then his nose would be too large for him to sit at his desk in the Oval Office without polking one of his advisors in the eye. Then again, he somehow manages to get his big head through the doorway, so maybe he’d be able to manage! 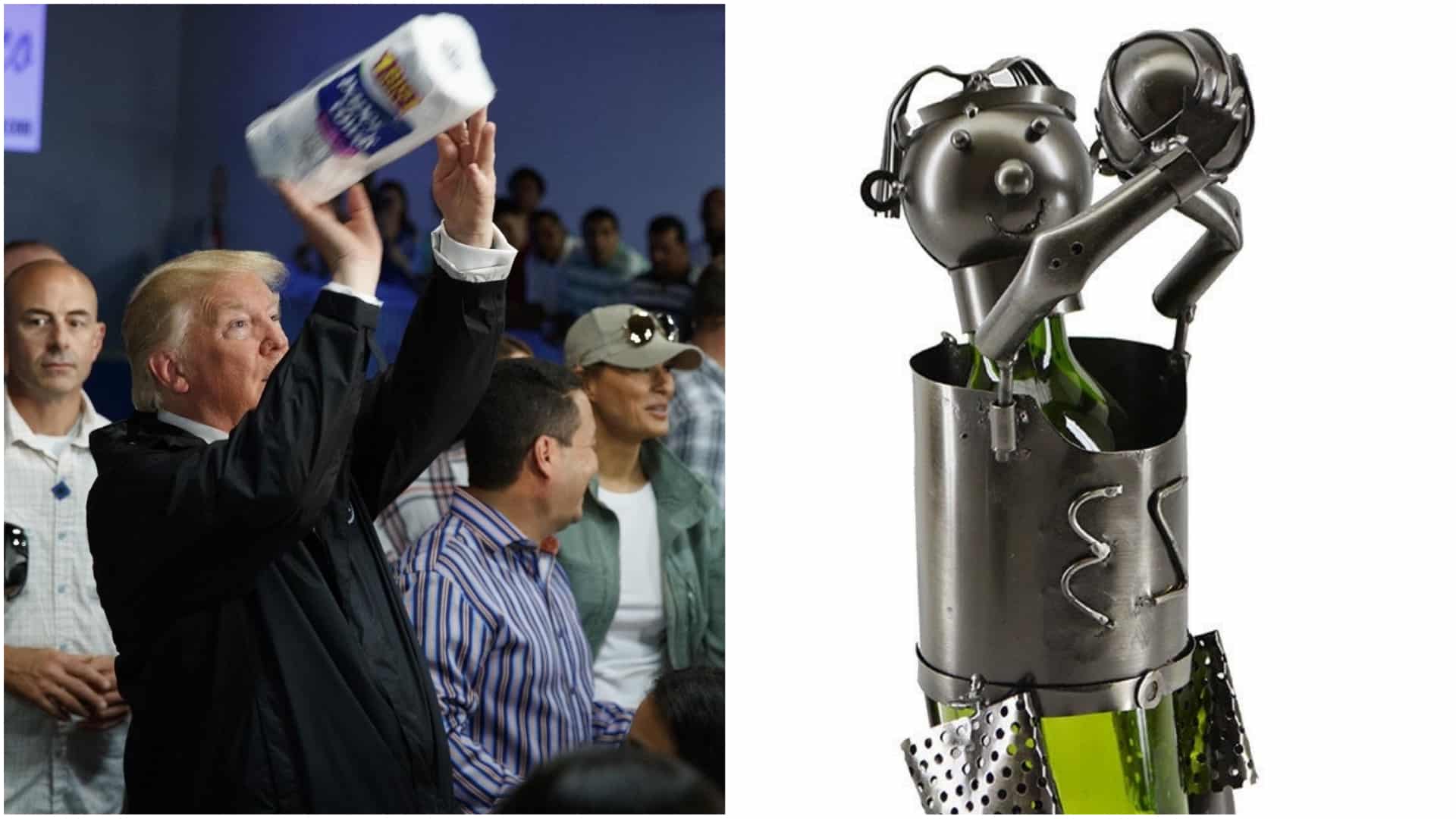 Remember that time Trump threw paper towels in a room full of hurricane survivors in Puerto Rico? These people lost everything and were without food and water, but the president made sure to lend a hand by tossing a roll of paper towels to help them clean up the mess. While the wine holder shown in this photo is supposed to depict Michael Jordan, there’s no denying that there’s some serious resemblance to Trump’s insensitive free throw in Puerto Rico. Which is a territory of the United States, FYI. 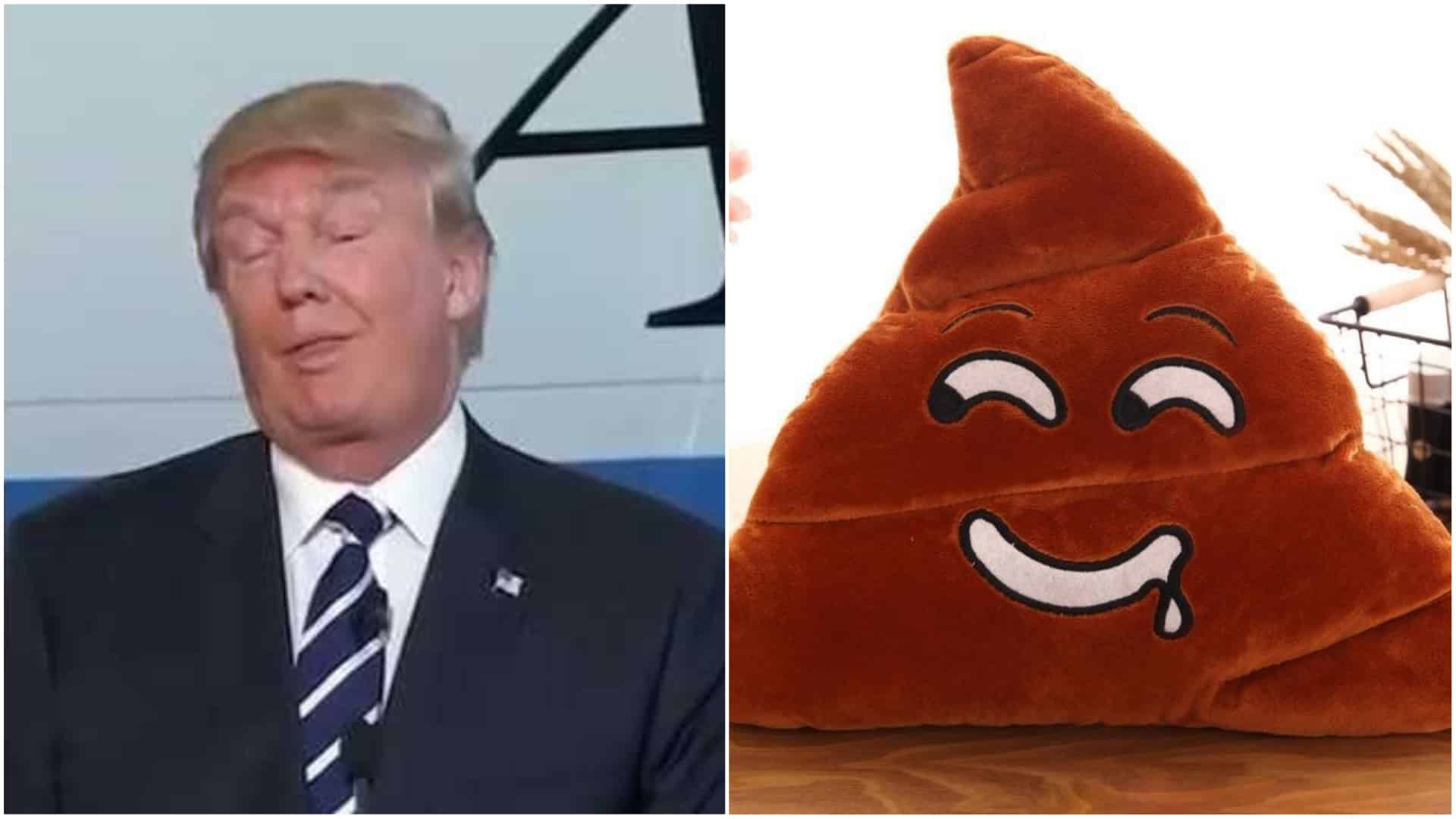 Emoji pillows are the hottest craze these days, but who thought there could be a poop emoji that captures Trump’s true essence. Gifting us with another one of his dopey expressions, the president looks like he’s either mocking another disabled reporter or he’s admiring his daughter who happened to bend over in front of him when this picture was taken. Luckily, none of us have to wake up next to that face in the morning, including the first lady who seems to avoid her husband at all costs. The poop pillow might have a creepy expression, but at least it won’t grope you in the middle of the night. 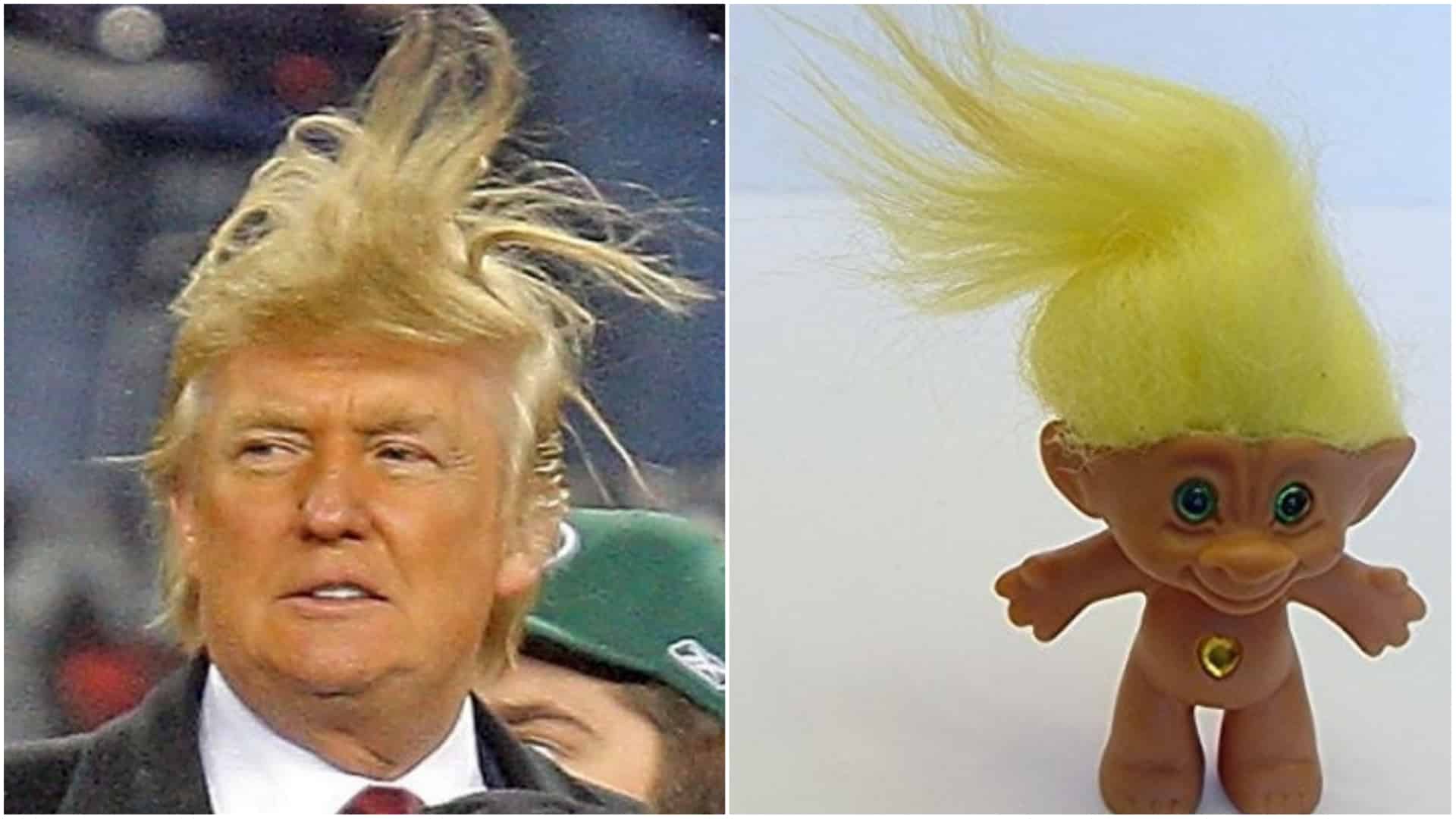 This list wouldn’t be complete without an object that resembles Trump’s notorious hairstyle, and what could be better than this vintage troll. Unlike the troll figurines of today that are often made entirely of hard plastic, this little guy gives off that cringeworthy Trump-vibe with its harsh yellow weave as well as its frizzy, unkempt appearance. The president’s hair might be blowing in the wind, but it looks more like it’s about to be sucked into a tornado. The troll’s skin might appear more natural being a sandy brown, but if Trump had that shiny gem on his belly the two could pass for twins! 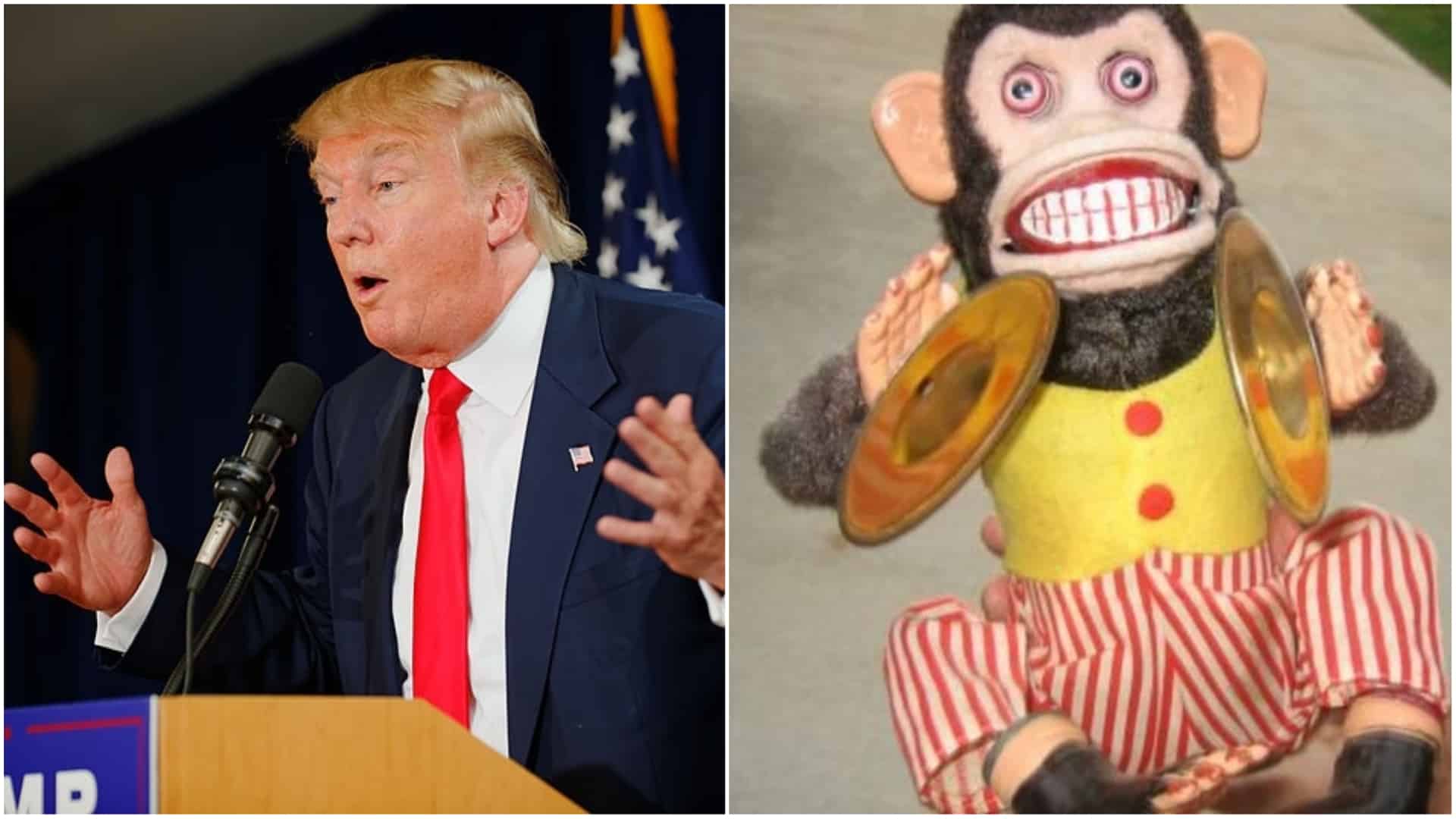 While most of us might think that our mundane jobs could be performed by a monkey, in Trump’s case, it’s true. In fact, a monkey could do better. Perhaps we should give the president a set of cymbals to play with while someone with a bit more experience in politics speaks at public events. Worse case scenario, the cymbals will drown out the sound of any nonsense spewing from Trump’s mouth and save us from his sociopathic word vomit. 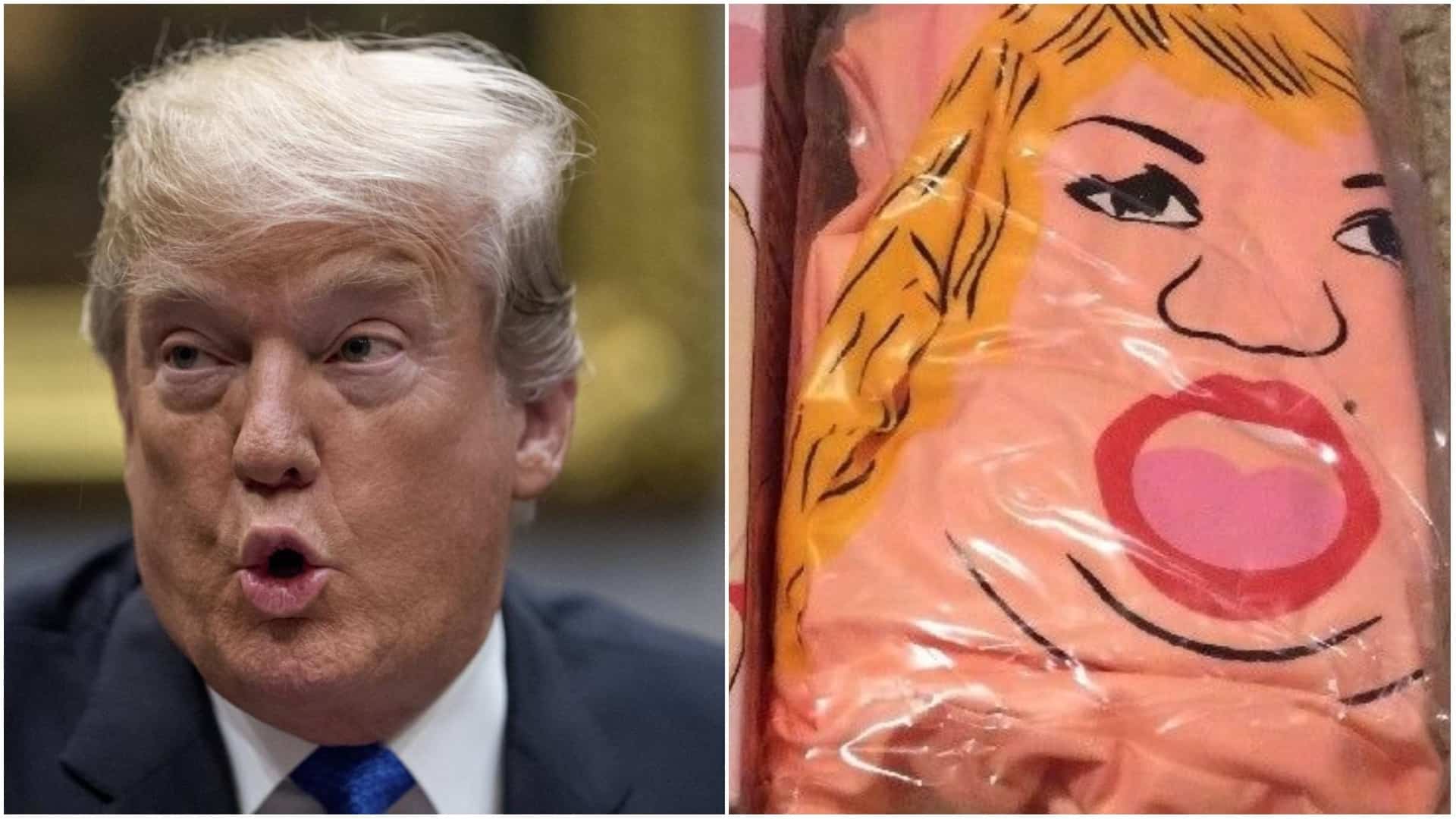 While this might be an insult to poor Fatty Patty, a popular blowup doll for those in need of larger inflatable companionship, she certainly resembles the president’s commonly captured open-mouthed expression. In Patty’s defense, there’s certainly far more intellectual content pouring out of her plastic mouth than we’ve heard coming from the hole in Trump’s face, and there’s no doubt that she’s better in the sack. 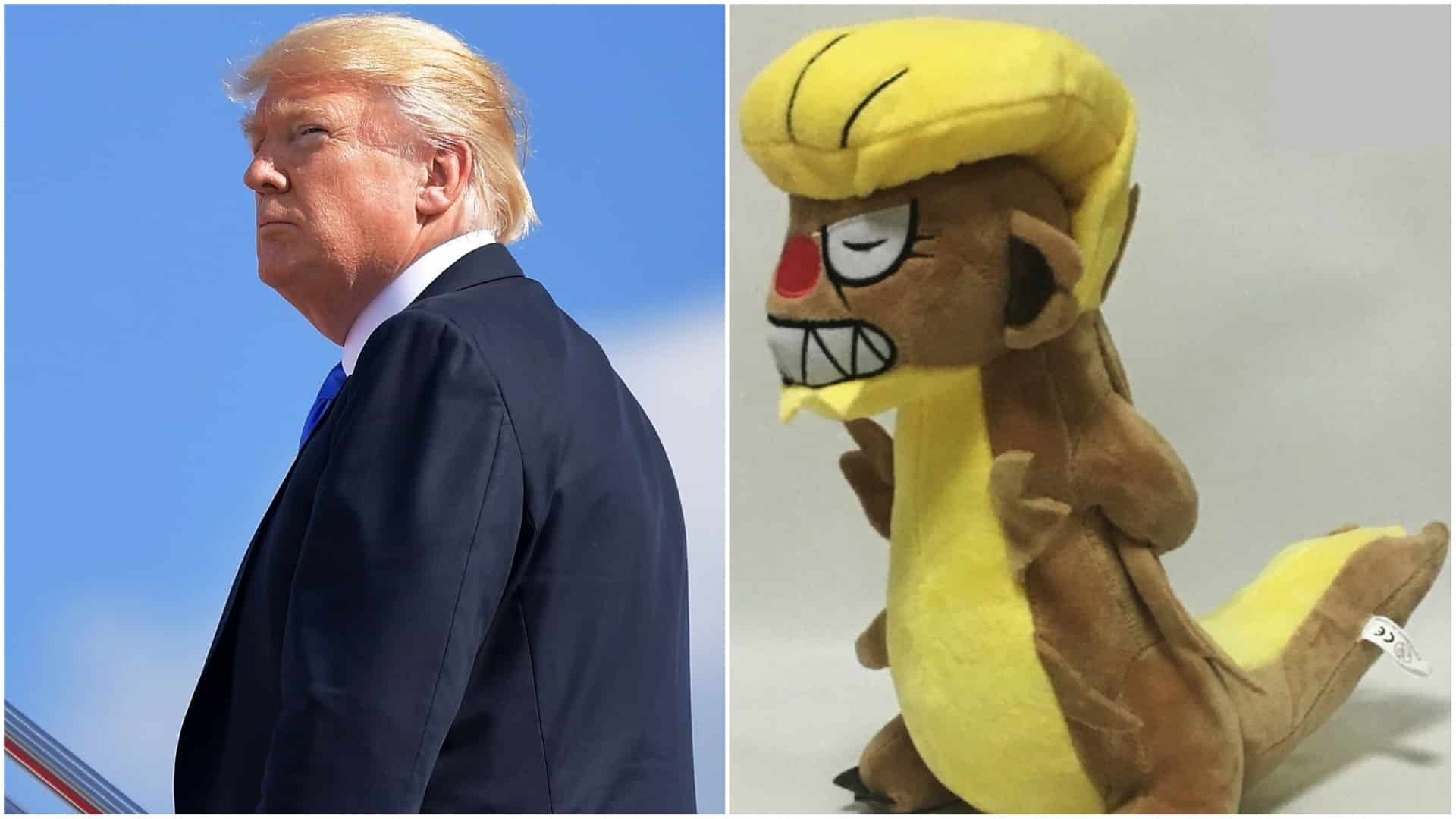 The Pokemon craze may have slowed down so that people are no longer wandering onto private property and stumbling into bushes while trying to catch these creatures on their phones, but the franchise still has a huge fanbase. One of the newer additions to the Pokedex is Gumshoo, whose hairdo might look slightly familiar. The dinosaur-like creature is often depicted with its hands behind its back, something one might do if they’re known for having hands that are not proportionate to the size of their body. While Pokemon swears they didn’t have Trump in mind when this little guy was created, the arrogance and superiority complex in its body language couldn’t portray the president anymore.