Let’s Give Classified Intel To The Guy Who Requested A...

Senior White House Staffer and Presidential Son-In-Law Jared Kushner has requested more classified intelligence information than almost any other Trump official. Everything about that is perfectly fine.

Sure, Mr. Kushner has a penchant for omitting meetings with Russian nationals on his security clearance forms.

OK, yeah, he’s tens of millions of dollars in debt, making him an easy target for blackmail.

And I’ll admit, he did request one teeny tiny secret backdoor channel to the Kremlin. Who hasn’t?

With all those things in mind, it’s a great idea to give Kushner every single confidential intelligence document he requests. I mean, it’s not like he would have any self-serving, ulterior motive! He’s a great guy who makes great decisions. That’s how he ended up marrying into the Trump family.

Kushner Kept All His Debt A Secret, So He’ll Keep The Nation’s Secrets Too

The President refuses to read his own daily brief, a summary of the intel critical for national security. Instead, Jared Kushner reads it. And yet, Kushner does not have permanent security clearance even after a full year of Trump’s presidency. This is absolutely crazy because Kushner is the very definition of a clean, upstanding citizen. According to Kushner’s lawyers, the holdup is due to complexities regarding his finances, in addition to accidentally neglecting to disclose a few foreign contacts in his applications. This happens to the best of us. I personally am always forgetting to mention my contacts with Russian spies.

Recently, the Justice Department informed the White House there were issues that required further investigation, implying there are things of significance beyond the finances and disclosures. That’s all fine, because the closer they look into Kushner, the more they’ll see he’s a regular guy who would have no reason to break the law.

Of course, the best person to trust with the nation’s biggest, most confidential secrets is someone approximately $31 million – $155 million in debt. There’s no way that could backfire. After all, it’s not like secrets are something anyone could use to claw their way out of extensive debt. Secrets can’t be used to pay anyone anything.

A Secret Backdoor Channel To The Kremlin, Everyone Has One!

What makes Kushner a great candidate for receiving the nation’s most closely held and potentially volatile secrets is that he definitely knows how to keep a secret. After all, he attempted to set up a secret backdoor channel with the Kremlin, and didn’t tell anyone about it. Someone doesn’t do that unless they place great emphasis on the sanctity of secret-keeping. And no, there’s absolutely nothing sketchy about secret backdoor channels with the Kremlin. Everyone has one of those, like how everyone has a toothbrush, or their friend’s Netflix password.

Kushner discussed the backdoor channel with Sergey Kislyak, the top Russian spy. We know there’s nothing amiss here because the conversation included another American official — Michael Flynn. Don’t even try to bring up the whole “pleading guilty for lying to the FBI” thing, because this was before Flynn confessed to that. And, yes, Flynn was paid to represent Turkish interests during Trump’s campaign. However, he should be allowed to represent both Turkey and the United States. It’s like how it’s possible to have two best friends. It just means double the friendship. OK, sure, Flynn also told Russia that sanctions would be removed upon Trump’s ascent to the Presidency, but just because someone makes promises doesn’t mean they necessarily intend to keep them.

It’s like how President Trump promised a wall along the border that Mexico would pay for. He made a promise he wasn’t gonna keep, and we’re fine with it. In fact, it’s probably the thing we’re all most fine with out of everything he’s ever done. Anyway, all that’s besides the point. Those sanctions have nothing to do with Kushner. Well, maybe except for one thing.

“I Love It Especially Later In The Summer”

OK, so Kushner did attend that meeting in Trump Tower with Donald Trump Jr., Paul Manafort (yes, he’s indicted by Mueller for like a million crimes but those are unrelated), and the Russian lawyer Natalia Veselnitskaya who’s totally not even sketchy. This meeting, though, was just about Russian adoptions, which is definitely not code for Russian sanctions. I mean, the fact that the whole ban-on-Russian-adoption thing was a direct response to the implementation of US sanctions on Russia doesn’t directly tie the two things together or anything. That’s not how Cause and Effect works. 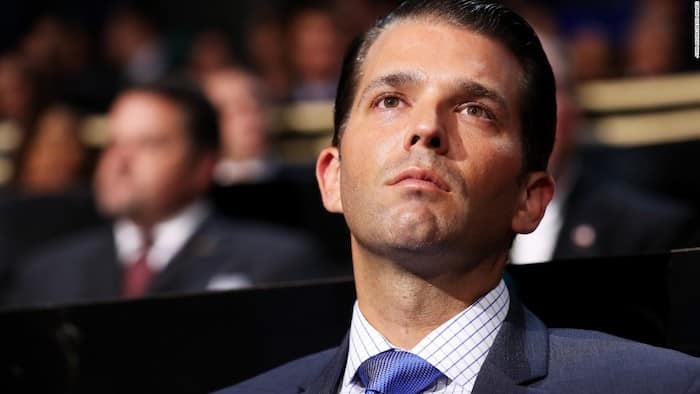 There wasn’t a quid pro quo of any kind. This is obvious, because there’s no way that an intellectual like Donald Trump Jr. would release the entire chain of emails leading up to the meeting if there was a quid pro quo.

In the email that, again, Trump Jr. wisely released himself, a publicist for a Russian popstar connects Trump’s campaign with the totally-not-sketchy Russian lawyer, saying that in the meeting the lawyer would “provide the Trump campaign with some official documents and information that would incriminate Hillary and her dealings with Russia.” He calls the information “part of Russia and its government’s support for Mr. Trump.”

And Trump Jr.’s response is in no way forever iconic: “…if it’s what you say I love it especially later in the summer.”

So, the meeting they themselves claimed focused on the topic of Russian adoptions (that were banned due to sanctions) was arranged due to an offer of incriminating information on Hillary Clinton courtesy of the Russian Government.

Wait. Do you think those two things are connected?

Maybe they accepted the offer for dirt on Clinton in exchange for Russian adoptions – which are on hold due to the sanctions, AKA, they would end the sanctions?

In Conclusion, Jared Kushner Should Definitely Know All Classified Top Secret Intel, And He Definitely Won’t Tell It To Anyone Via A Secret Backdoor Channel 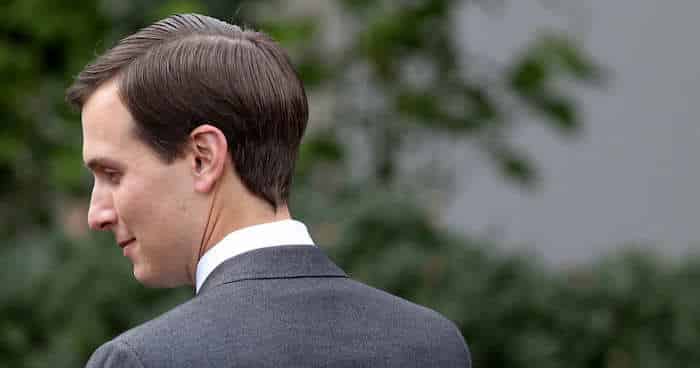 But anyways, yes, let’s keep giving Jared Kushner all of our classified intelligence. Because — look, the backdoor channel, the tens of millions of dollars worth of debt, the Trump Tower meeting, he didn’t tell us about any of this stuff! The boy knows how to keep a secret. We can trust him!

ANALYSIS: The Nunes Memo Is Actually An Excerpt From Gossip Girl Novel