Trump has been in office for just over a year and he still hasn’t learned to control the things that come out of his mouth. His moronic opinions and basic lack of moral perspective have inspired the country’s most racist and sexist scumbags to reveal themselves, as suddenly they think these views are okay. While some of us are thankful to be learning the truth about some of their closest friends and family members, it has forced those with even a small amount of common sense to stand up and protest their cruelty.

While Trump’s time in the office has certainly been stressful for everyone, regardless of political views, there is a plus side to the whole ordeal. He has provided the world with ample amount of entertainment inspiring creative minded Americans to develop art, music, literature, and so much more that has made a permanent mark on history. Not exactly considered fine art, but these hilarious Trump memes perfectly capture his first year as president. 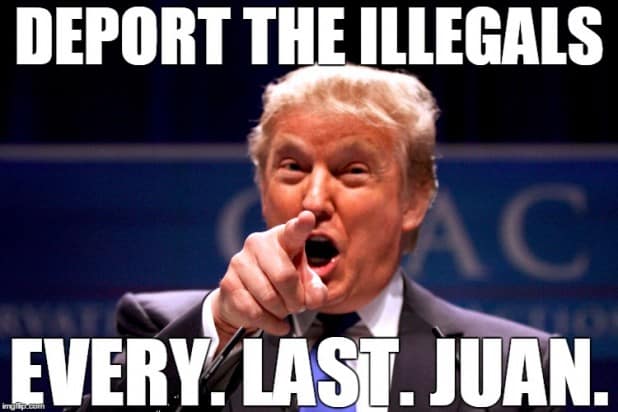 Trump preyed on racist Americans to earn his seat in The Oval Office, promising to deport all illegal immigrants to earn their vote. A promise that he has unfortunately since made good on, as dozens of people who’ve spent nearly their entire lives in America are sent back to countries they’re hardly familiar with. Oddly enough, those who stem from Spanish speaking countries and areas of the world where Muslims predominantly reside seem to be the first to get the boot while immigrants from other areas of the world appear to be safe. By the end of Trump’s term in office, there will be no immigrants left to run our best restaurants, our farms, our bodegas, our city cabs, and any other job Americans are too lazy to do.

While it should have come as no big surprise that Trump is a sexist pig, his sexist rampage about grabbing an actress’ nether region shocked the world when it was released just days before Election Day. Prior to that, however, his fat mouth got him in trouble once again when he implied that campaign moderator Megyn Kelly was moody because she was on her period. This, among many other disturbing reports that came out, inspired the Women’s March that was held the day after Trump’s inauguration. His clear misogyny has led to a huge women’s movement where people all over the world are finding their voice to speak out about women’s health rights, equal pay, harassment at work, sexual assault, rape, and so much more. Likely our poor children and grandchildren will be forced to study the details of this past year in school one day, but hopefully, by then boys and men will have learned to keep their damn hands to themselves and women will have moved a step or two further toward equality. 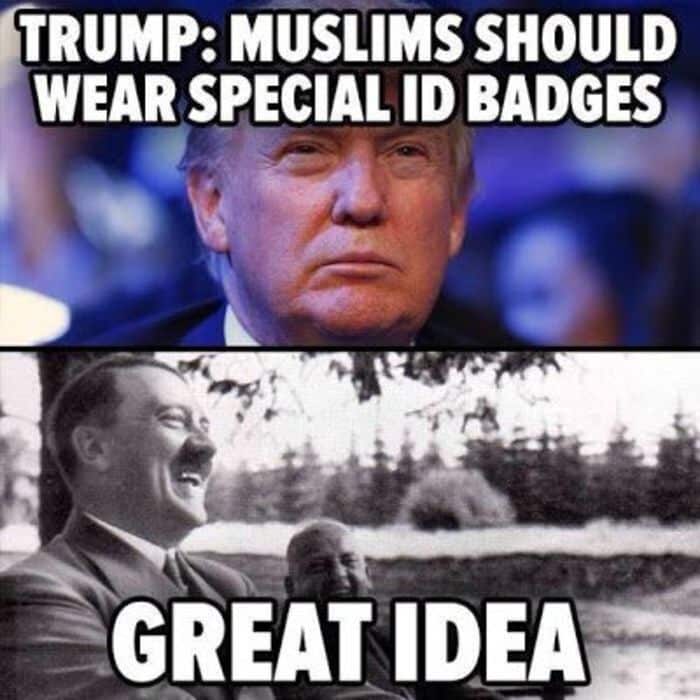 Trump’s presidency made waves right from the beginning as he pushed for changes right away. It wasn’t long before he started being compared to other highly recognized leaders around the world such as Stalin and Hitler. At first, it was more of a running joke comparing Trump to Hitler, as the two used racism to get power. It quickly became evident that this joke had some serious potential to become our reality in America as Trump started following in the führer’s footsteps with mass deportations and blaming immigrants for anything as long as it would satisfy his supporters. When he came out to say that all Muslims should wear ID badges, the idea that a holocaust-like scenario in the United States could occur suddenly got real. 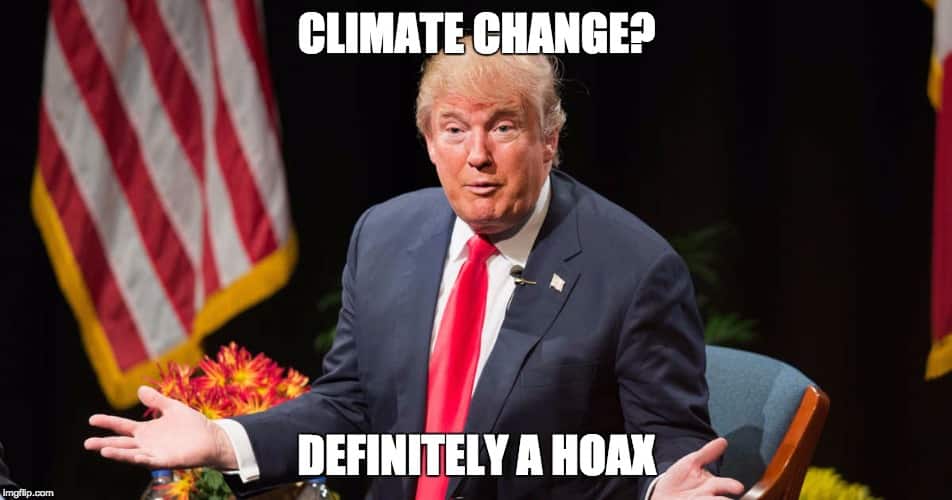 Typically we tend to take what scientists say about science-like things seriously, as that’s what they study and practice all day every day. That is, until Trump, a shady businessman, and former reality star, came along and decided that scientists can’t be trusted. Specifically, environmental scientists who work to prevent global warming. Nothing like learning about the atmospheric sciences from a man who likely hasn’t ever studied the subject in his life.

5. “So I Can Just Look Right At The Eclipse Right?” 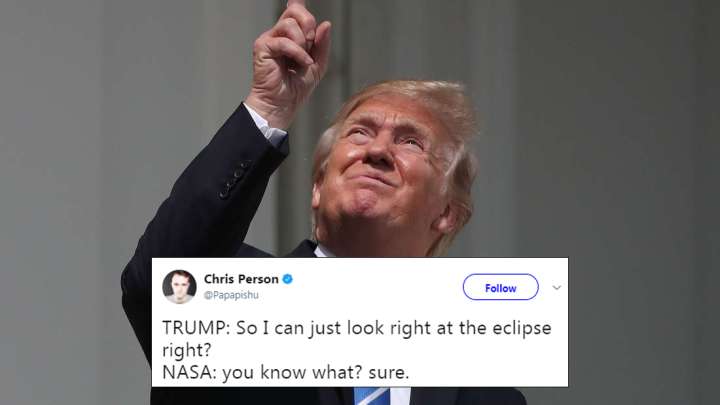 Trump proved his idiocy again and again throughout his first year in office, but when the world paused to take notice of the recent solar eclipse, he demonstrated just how stupid he really is. Everyone knows not to look directly at the sun during an eclipse, except our genius president it would seem. Neither the many warnings from the media nor the protective glasses he held in his hand could discourage this guy from looking directly into the eclipse, likely causing damage to his eyes. Not even his body’s natural reflex to squint convinced him to look away. He’s just that smart!

6. “Build Your Own Trump Wall” 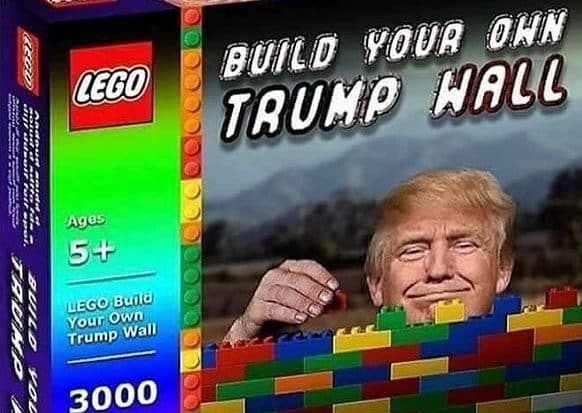 Since Trump hasn’t been able to figure out a way to start building this infamous wall he promised all of his supporters, perhaps it’s time for them to start construction on their own. It might take a while, but Lego pieces are known to be quite sturdy and if every jackass who voted for our president took some time off of work to build a small section, it would be done in no time! There’s no way Mexican residents will risk trying to climb over such an extravagant monstrosity. 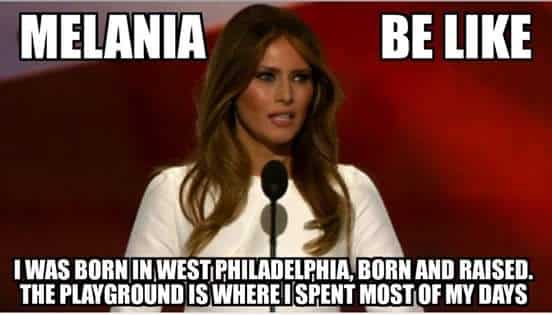 That awkward moment when you’re an immigrant in America and your husband makes racist comments while promising to deport any illegal citizens, regardless of them doing no wrong, in order to earn his spot in the White House and you have to lie about where you’re from in order to avoid backlash from the obvious duplicity. 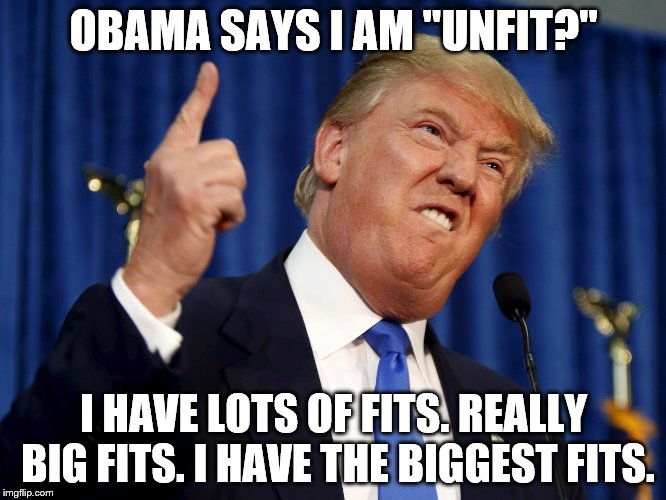 While many of us feel hopeless as we struggle to fight Trump’s nonsensical agenda, it’s his child-like fits of rage that make us all want to ring the necks of his supporters. Yes, we all have differing opinions, but no matter what political party we choose there should still be some common sense floating around in our minds. Whether you’re Republican or Democrat or a resident of a different country, there’s really no denying the fact that Trump is out of his damn mind.

This Can’t Be Real: There Is Now A Trump Dating Site