Trump’s Media Friend Buys The Rights To Stories About His...

It seems that Trump has a foolproof method to keep his affairs under wrap, one that former President Bill Clinton may have benefited from during his term in office. Foolproof, that is, until now.

Trump Has Friends In High Places

We all know Trump thinks highly of himself, so him going out of his way to make friends in high places should come as no surprise. One of these friends is David Pecker, chairman and chief executive at American Media, Inc. While you might not recognize the name of the media company, you’ve definitely heard of a few of their brands. They publish most of the celebrity tabloids you browse through while standing on line at the grocery store including Star, Us Weekly, Ok!, and the National Enquirer. It was this friend who lent Trump a hand after he decided to run for president by purchasing the rights to any story that might harm his public image as a model American citizen.

A former American Media, Inc. employee claims the media company would purchase the stories of Trump’s affairs from his mistresses without the intention of ever releasing them, likely in exchange for some serious cash as even the tightest friendship wouldn’t deter a journalist from publishing a breaking story like that. They also accused Pecker of purchasing stories to use as leverage, perhaps to entice celebs to give them the inside scoop on stories in exchange for keeping certain news away from the public eye and out of their magazines.

Trump Makes Sure His Mistresses Are Legally Silenced

For McDougal, part of selling her story to American Media, Inc. included not only a $150k payout but also a contract that sold them the exclusive rights to her version of the affair. Her contract prevents her from speaking about not only her relationship with our president to anyone else in the media but about any relationship in general that she’s had with a married man. Regardless of the fact that she was led to believe that her story would be published in the National Enquirer and it was not, she will still face legal repercussions if she speaks out. McDougal was screwed first literally and then figuratively, legally bound to keep quiet.

Clifford allegedly signed a similar legal document, which anyone who has watched one of her recent interviews would have to agree must be true as her avoidance of questions about the affair is skillful, to say the least. A skill that would be unnecessary if she wasn’t being legally silenced. Unlike McDougal however, Clifford only received $130k for her silence and the arrangement was made by Trump’s lawyer without the manipulation of making her believe her story was going to be published in a nationally recognized magazine.

McDougal Seems To Have Found A Loophole 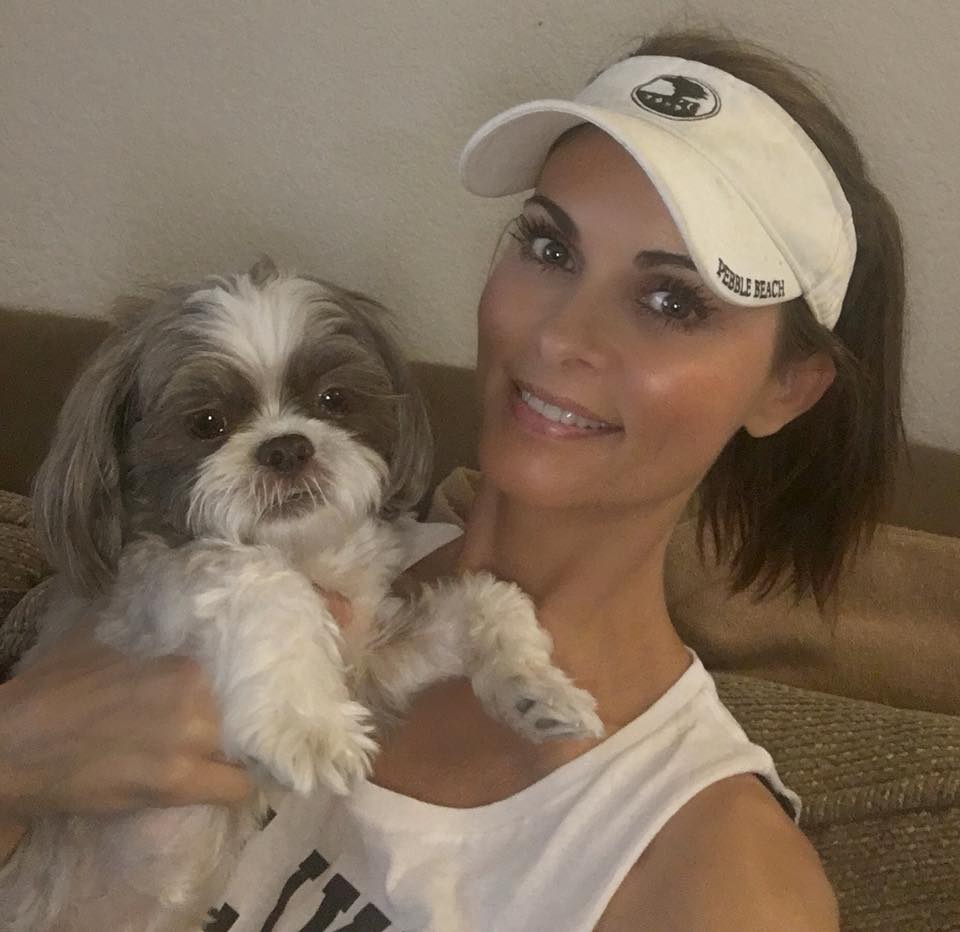 While McDougal signed a legal document that forbids her from speaking out, her friends did not. An eight-page handwritten account of the affair written by the former Playmate herself somehow managed to get into the hands of the editorial team at The New Yorker and seems to be fair game in regards to her legal obligations. The magazine claims a friend of McDougal’s provided them with the diary-like document and that even though she was surprised they had it in their possession, its authenticity was verified by Trump’s former mistress.

The entire document hasn’t been released completely (yet), however, the small bits that have been made public are a bit disturbing. McDougal’s writing describes how the two met at a pool party at the Playboy Mansion in 2006 after The Apprentice had filmed an episode there. Practically still a newlywed, Trump attended the party with his family. It doesn’t detail exactly which family members were in attendance, but it’s safe to say that Melania wasn’t around. McDougal recalls in the document Trump asking his doofy son Eric who he considered the best looking woman at the party and was flattered when he pointed her out. Perhaps it was this competitive factor that motivated Trump to pursue her.

Another part of the document describes the first time the two of them got it on, and how the president tried to hand her money after the deed was done and she was getting dressed. At least he’s mindful enough to understand that he’s not good looking enough to land a woman like that without paying her. Or, at least he was mindful enough at the time. A lot can change in 12 years. McDougal foolishly declined the cash and admitted to actually liking Trump for more than his wealth. (Ick!) This led to a nine-month affair, which is probably the first time in history a woman developed a relationship with a man after he assumed she was a prostitute. Or as close to a relationship as you can get when one of the participants is married.

The New Yorker claims that while the letter describes similar qualities to stories told by other women who’ve spoken out about having affairs with the president as well as to those who’ve accused him of sexual harassment, the affair between Trump and McDougal was consensual.

In true Trump fashion, he has denied participating in either of these affairs using his favorite terminology to describe these accusations as “fake news”. His drastic attempts to keep his image as squeaky clean as possible may be deteriorating now, but it served its purpose to get him where he is now, sitting in the Oval Office. And while an affair was enough to pressure Clinton into stepping down, Trump supporters somehow can’t wrap their tiny brains around his failures as a husband, as a businessman, as our president, and overall as a decent human being.

Trump On Florida School Shooting: Thumbs Up!
Did Britain Attempt To Retake America At One Point?