Some day, Donald Trump’s eyes are going to roll back in his head and his body will collapse onto the ground. Nearby, Melania’s dour frown will slowly turn into a satisfied smirk, because she will finally have finally succeeded at murdering her despised husband with nothing but her mind.

She has so many reasons to hate him, after all. He’s been unfaithful (allegedly). He treats her like property. He’s admitted to groping women.

The man is a pig.

You almost have to feel sorry for her. No one can say for sure that she’s trapped in a place she doesn’t want to be. But you can see it in her eyes. It’s not like she tries very hard to hide it. How many times have we seen this look? 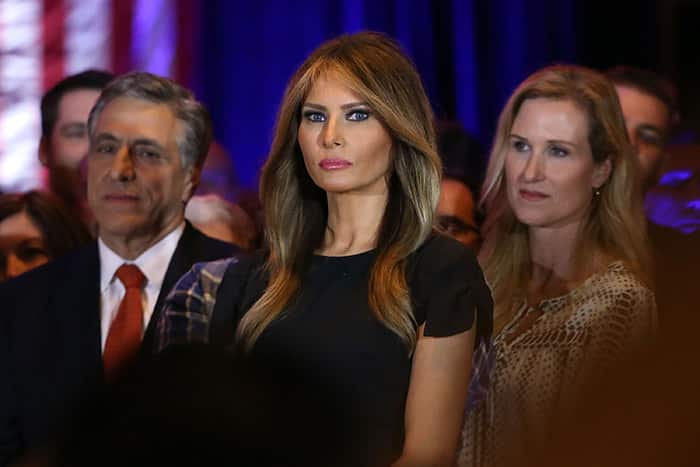 Allow yourself to be swallowed by those eyes. The intensity. The desperation. That is the expression of someone crying “HELP ME!” while remaining dutifully silent.

Sure, Melania will display that painted-on, practiced smile on demand. But when she believes that everyone’s attention is not on her, everything changes. Her expression darkens. Her eyes go cold. She throws shade at her husband that’s so epic, his harshest critics couldn’t do better.

Case in point: check out this illustrious side-eye. 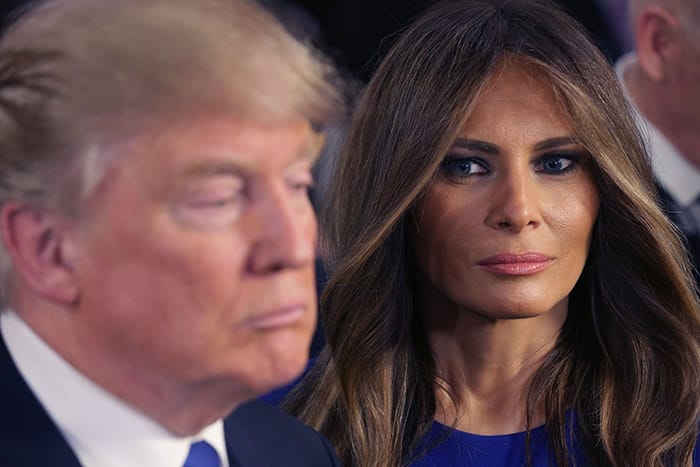 It’s not easy to convey love and hate in a single look, but Melania nails it in this pic. That hint of a smile that’s playing at the corners of her lips signifies a satisfying fantasy playing out in her head that involves her husband’s entire head popping like a zit.

Now you’re smiling too, aren’t you.

Here’s one where more than just her expression confirms her true feelings. 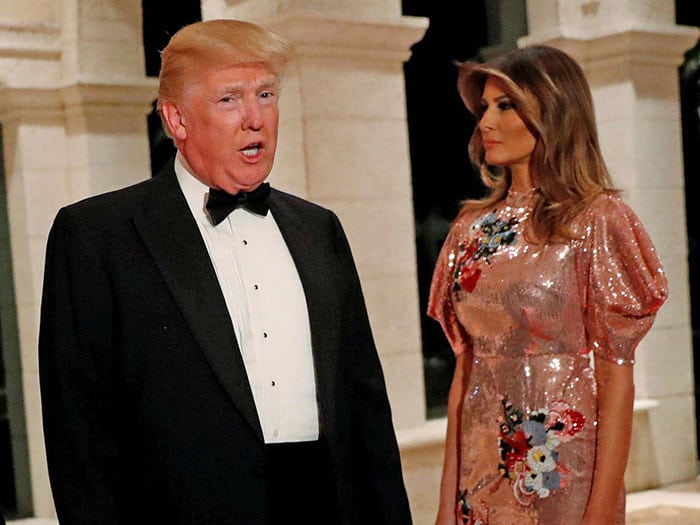 The body language she’s using here is that of someone that wants to be anywhere but where she is at this moment. But she’s resigned to her fate.

Poor Melania. She will suffer in silence.

The next one is just funny. 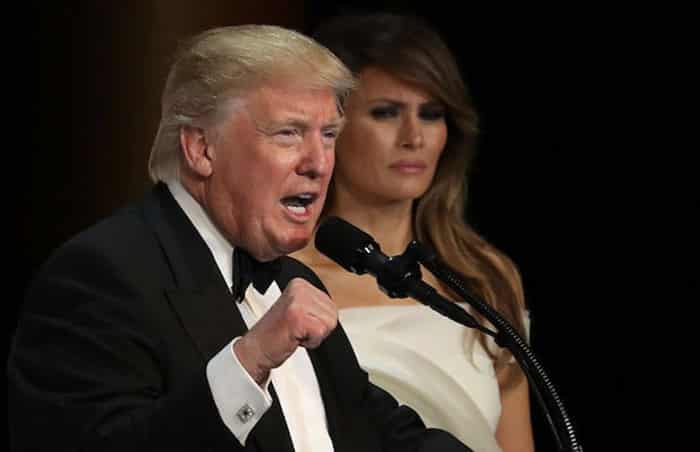 Ewwww, she seems to be thinking. It’s anybody’s guess what Donald is saying to illicit such a response from his wife. But those dark, smoky eyes, the bunched-up brows, the slight wince that she’s trying not to show… It all adds up to an expression that reads as, “Did he seriously just say what he just said? Gross! What did I marry?”

Back at the inauguration, Melania was not a happy camper. She put on a good show and seemed to display genuine warmth when she met Michelle Obama and others. But anytime she thought no one was looking — especially the Donald — she let it all hang out. 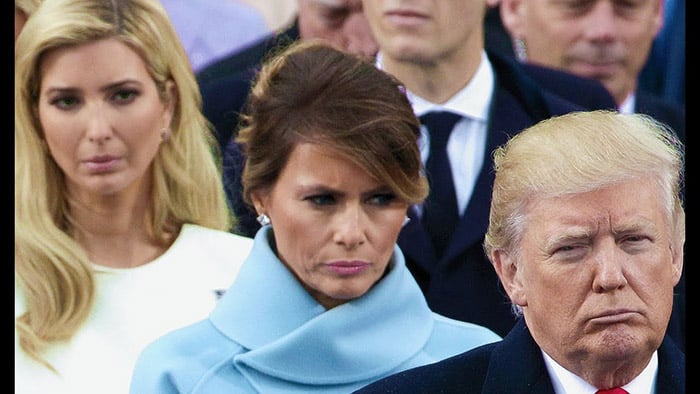 What this photo doesn’t show is that this came just seconds after Donald had turned around and been greeted with a huge, approving smile from his loving wife. But the second he was facing forward again, her expression changed so dramatically, it was almost painful to watch.

Here’s a GIF that shows the moment in question.

After the inauguration, at the traditional luncheon, Trump was all smiles. But not Melania. 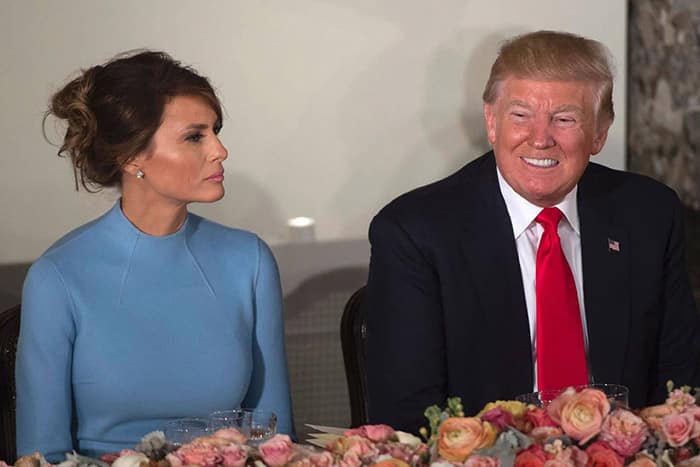 She’s about five seconds away from stabbing him with her fork.

One thing you can’t accuse Melania Trump of is lacking class or style. She always carries herself with grace and poise — which is fitting for a former model — and does she know how to dress! Homegirl rocks fashion-forward couture every time the cameras are rolling. (Probably helps that she’s filthy rich.)

For example, there aren’t many First Ladies who could pull off a velvet letterman jacket, but watch Melania nail it: 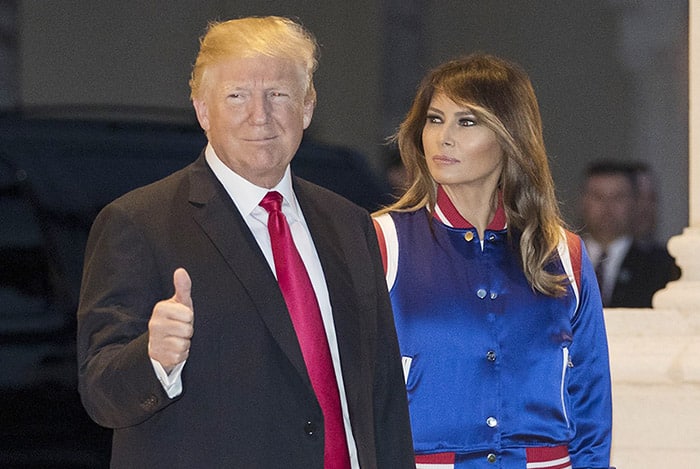 Even when she’s dressed all smart and casual, she’s still got some side-eye saved for her old man. And that’s literal — there are 24 years between them. Mr. Trump is 71 years old. So what she’s thinking as she glares at him is, “Why aren’t you dead yet?”

Even when Melania tries to hide it, her contempt for Donald is unmistakable. 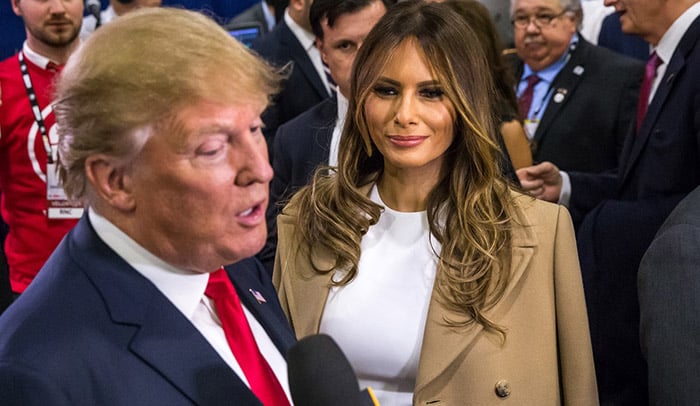 That smile, that smile, that super fake smile. On the surface, it looks like she’s pleased to be there, supporting her man. But look closer. That’s the most plastic expression on this entire page. She ain’t feeling it at all. 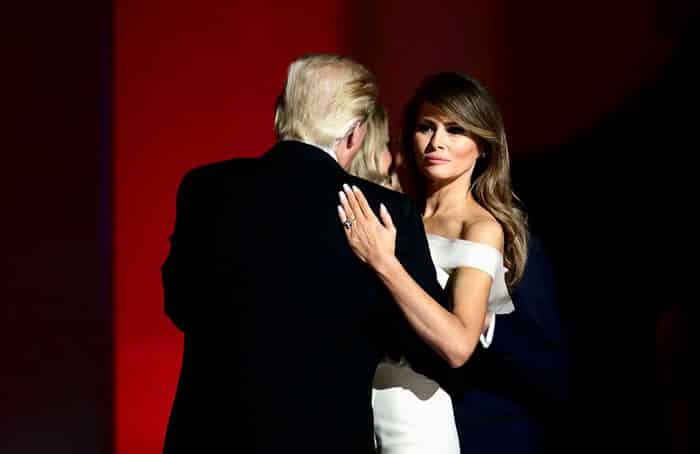 Okay, so she’s not looking at Donald in this one. But check out that face. She’s feeling hopeless, lost, adrift behind the freight train that’s dragging her along for the insane ride that is her husband’s presidency. The formal way she’s holding her hand on his shoulder suggests that she doesn’t really want to be touching him. Body language experts have also noted that she was leaning backwards, away from him during this entire dance.

That kinda speaks for itself, doesn’t it?

The next one is hardcore. 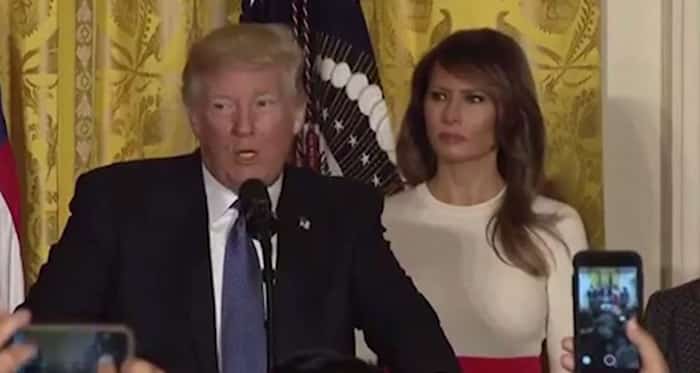 Oh yeah, there’s carnage going on in her head. She wants him to die a slow, painful death. Basically, she’s all of us.

The hatred is so extreme in this next one that she keeps her sunglasses on in a more overt attempt to hide it. 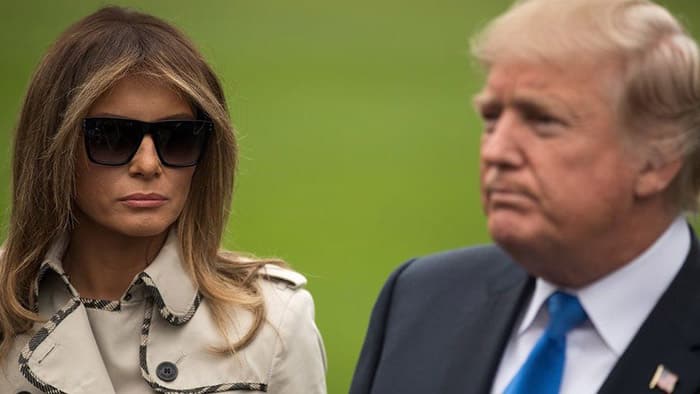 You don’t have to actually see her eyes to read her feelings. That scowl speaks volumes. It’s saying something along the lines of, “I hate you so much.”

But let’s not kid ourselves. Trying to destroy Donald Trump with one’s thoughts is not her exclusive domain. German Chancellor Angela Merkel’s wide-eyed stare communicated not only a desire to cause pain, but also abject fear. I don’t think she was scared of him personally, but she’s terrified of what he’s capable of as leader of the most powerful nation on earth. 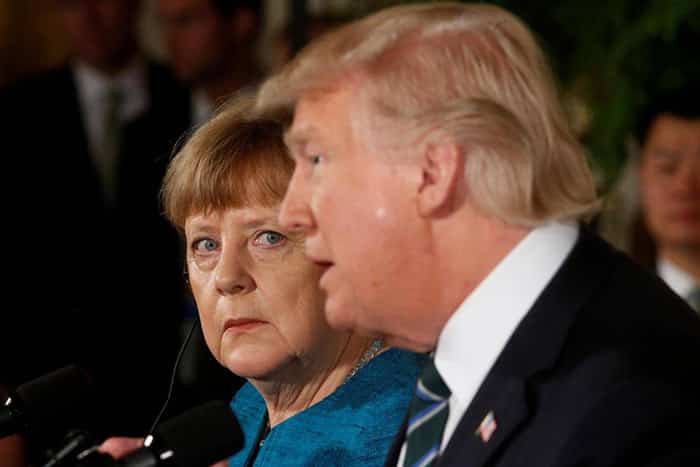 Even members of his own team have been known to toss unhidden loathing in his direction. 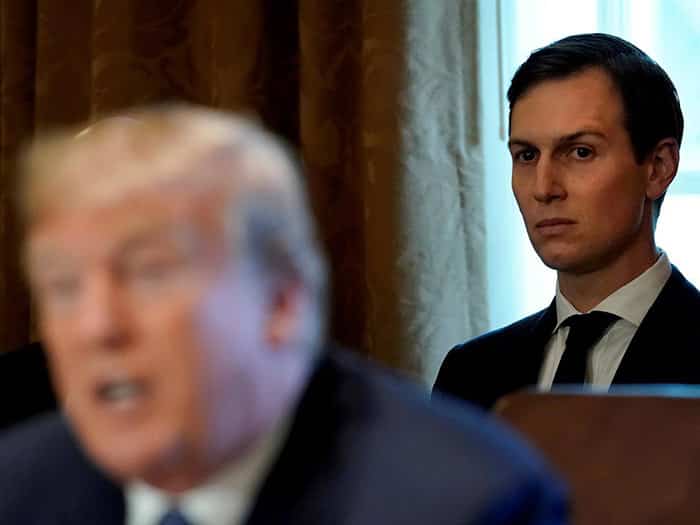 That’s the look of a man who’s let his guard down because he doesn’t realize he’s being photographed. Trump may be his meal ticket, not to mention his father-in-law, but that doesn’t mean he has to like it.

Who can forget this infamous moment? 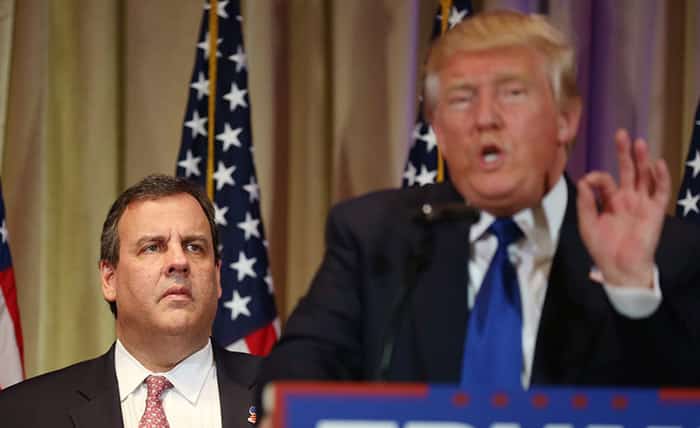 This photo managed to capture the exact second that Chris Christie questioned every one of his life choices. Just like the First Lady before him.

If only looks could kill, dear Melania. If only.