Shocking Discovery: Thoughts & Prayers Are The Power Source Of...

The Headquarters of the National Rifle Association (located in Virginia) is a tall black spire with an immense fiery black eye at the top which is said to be able to see its GOP puppets at all times, always making sure they are offering an adequate amount of Thoughts & Prayers, its power source, every day. It’s been discovered that if the NRA does not receive enough Thoughts & Prayers, the menacing black tower will dissolve into gunpowder, which will ride the wind into the nearby Atlantic Ocean and kill off 75% of the ocean’s inhabitants.

In order to make sure it receives enough Thoughts & Prayers, the NRA participates in some pretty shocking and disturbing practices.

In order to receive Thoughts & Prayers, the NRA must be worshiped. No one can pray to a God they don’t trust and believe in 100%. That’s why the NRA made a recruitment video starring its national spokesperson Dana Loesch, a rightwing conservative celebrity. In the video, she attracts loyal followers by inciting fear, anger, and mistrust. She appeals to fragile egos by promising hero-worship if they participate in violent retribution against the organization’s enemies — namely, anyone who threatens the sale of guns. 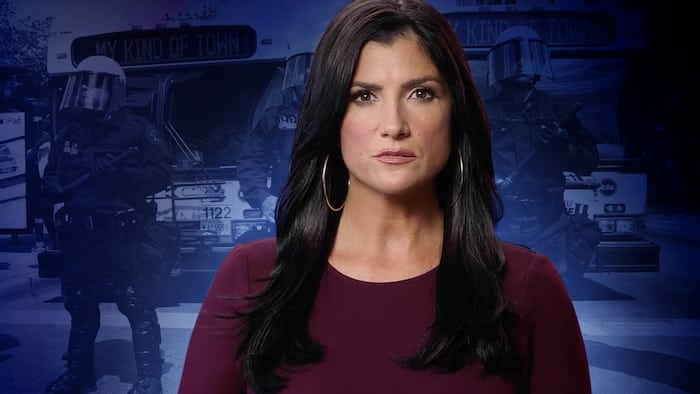 A view to the video counts as a Thought & Prayer, so it should not be linked. In it, Loesch stands in front of a green screen, looking like a 1984 SNL Parody, and says:

“They use their movie stars and singers and award shows to repeat their narrative over and over again. And then they use their ex-president to endorse the resistance. All to make them march, make them protest, make them scream racism and sexism and xenophobia and homophobia and smash windows, burn cars, shut down interstates and airports, bully and terrorize the law abiding — until the only option left is for police to do their jobs and stop the madness. And when that happens, they’ll use it as an excuse for their outrage. The only way we stop this, the only way we save our country and our freedom is to fight this violence of lies with the clenched fist of truth.”

Last week, a teenager who legally purchased an AR-15 assault rifle entered his former high school and used it to kill 14 students and 3 educators.

A distressed nation reels from weariness. It had been the 18th school shooting within a span of less than two months. It had been the third school shooting within that time involving active gunmen. The schools’ teenage survivors demanded gun control laws. Elected officials offered Thoughts & Prayers, funneling more power into the NRA. Suddenly, others began to insist that the solution was to install armed guards at every school, and provide every teacher with a gun. The best way to counter crazy people with guns, would be to give guns to everyone else. That way someone would shoot the shooter before they could shoot too many children. It seemed like the perfect to solution — at least, perfect for the organization profiting off gun sales, which would increase many times over.

The NRA’s newest enemy, however, is not movie stars, singers, award show hosts, or former Presidents ranked 8th best in US history compared to the current President’s dead last —  no, it’s current enemy is child survivors.

You’re Either Funding The Killers, Or Standing With The Children, Says Survivor

The survivors of the shooting at Marjory Stoneman Douglas High School are not afraid to speak out. And they’re not afraid to call out, by name, the recipients of massive NRA donations. 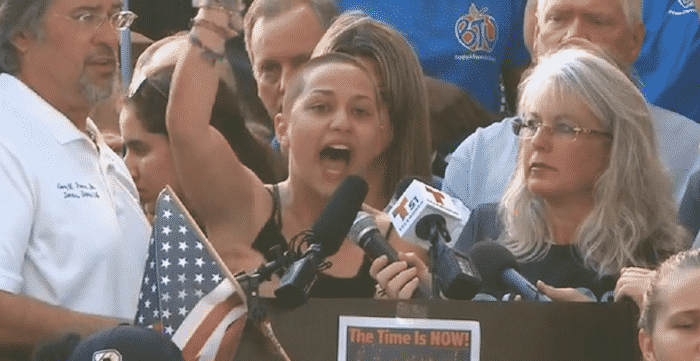 “If the President wants to come up to me and tell me to my face that it was a terrible tragedy and how it should never have happened and maintain telling us how nothing is going to be done about it, I’m going to happily ask him how much money he received from the National Rifle Association.

“You want to know something? It doesn’t matter, because I already know. Thirty million dollars!” Furthermore, she blamed legislators “who let him buy the guns in the first place.”

The students’ vocal outrage casts bright lights on the politicians within the state accepting money from the NRA. People are counting the dollars. In an election year already characterized by overwhelming Democratic support, this could be a problem.

On CNN, the question posed to the survivors was: how can you prevent politicians from accepting money they need to win elections?

The eye of the NRA will be need to wear its monocle next month. On March 24th, the March For Our Lives will take place, and it’s expected to reach dizzying numbers. Oprah donated $500,000 to the March, as did Amal and George Clooney. The March will take place in Washington D.C., as well as in participating cities all over the country. As such, the eye’s gaze will need to be far reaching, constant, and omnipresent. It will require a lot of Thoughts & Prayers to generate even close to a satisfactory amount of energy.

Thankfully for the NRA, there have been a lot of Republican politicians doing so, including the top two in charge.

“These students, teachers, administrators, & families will all remain in our thoughts and prayers,” tweeted Vice President Mike Pence. They will remain there because he will make no effort to meet them, listen to them, or indeed perform any meaningful action at all.

“My prayers and condolences to the families of the victims of the terrible Florida shooting,” tweeted Trump, who was golfing less than fifty miles away from those victims’ funerals, and who attended a disco-themed party at his resort the night he spent twenty minutes thanking first responders and meeting recovering victims in the hospital. Luckily, “prayers and condolences” provide just as much power to the NRA as “thoughts and prayers,” while accomplishing just as little for everyone else.

Meanwhile, Donald Trump Jr. Liked a Tweet calling one of the outspoken survivors of the gruesome, horrific massacre a paid actor. That’s worth 10 Thoughts & Prayers. 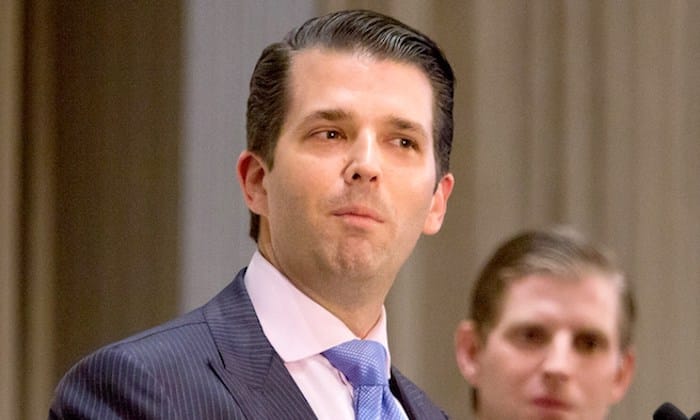 Somewhere, the eye spins in its fiery socket, unbroken and undisturbed.

One hundred students pored into buses headed toward the Florida Statehouse. A vote would take place on the ban of assault rifles. The students hoped their courage in the face of tragedy would inspire change. They hoped their horrific experiences would influence the politicians toward compassion.

Republicans struck down the bill. Far away, the NRA’s blazing eye rolled upward in mirth.

Meet the NRA-Funded Politicians – Tell Them What You Think!