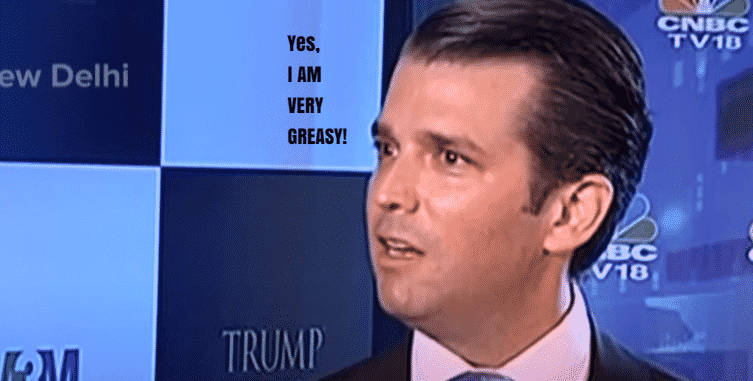 The Trump family never fails to get a WTF moment out of every day, whether it is the man himself, the first lady or one of his oh-so-smarmy sons, and in this case, it was Donald Trump Jr. who put his proverbial foot into his mouth this time. Foot-in-Mouth disease seems to run in the family.

In this case, the press caught a chunk of something Donald Trump Jr. recently said and they had to jump on it because it reeks of ignorance. In speaking of the poor and downtrodden of India, he said he liked them because, and I quote:

Now keep in mind, this was his main comment after visiting India last week to PROMOTE his family’s real estate empire (to lower income people in India, makes a great deal of cents, and yes, I used the other spelling on purpose).

It is just really nice to see that smarmy indifference runs rampant through the whole clan:

And yes, I just used Clan on purpose too, K? (and yes, the K was part of the Clan joke cuz I mean, we all know a how a president who salutes a statue of General Lee feels).