by Kevin R 5 years ago4 months ago

Donald Trump was inconvenienced. Just forty miles from his luxury golf resort Mar-a-Lago, a gunman entered a high school and killed 14 children and 3 adults. The horrific tragedy at Marjory Stoneman Douglas High School happened to take place a few days before Trump planned to retreat to nearby Mar-a-Lago. In the wake of the shooting, surviving students magnified their voices through social media and news networks, demanding action from their representatives to enact gun control laws. In response, Trump offered a great personal sacrifice to honor the lost lives. He canceled his plans to golf. There were more important things that required his attention after all, like participating in PR photos. Even though he had to miss out on golfing, it was OK. He was a good sport about it. See? He gave the whole thing two thumbs up.

School Shooting Survivors Have One Critic: The President

During the shooting, David Hogg climbed into a closet with some of his classmates to hide from the gunshots that continued to crackle somewhere far away, yet indescribably close. Hogg, a student journalist, decided to record whispered conversation as they huddled in the dark. In the video, the students pleaded for gun control. Somewhere outside the closet, outside the classroom, within their school, was the shooter.

“I recorded those videos because I didn’t know if I was going to survive,” said Hogg afterward. “But I knew that if those videos survived, they would echo on and tell the story. And that story would be one that would change things, I hoped. And that would be my legacy.”

The students’ bravery inspired those devastated by the event all around the world — their courage both within the moment, and afterward when they chose to speak out, loudly and visibly. 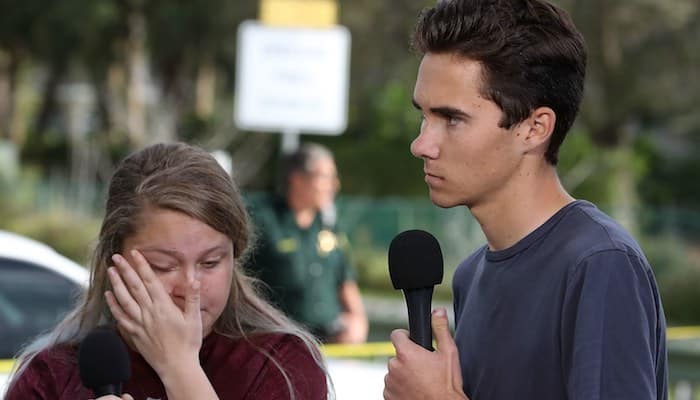 That inspiration, however, did not strike the President, who blamed them for the shooting happening in the first place.

Before the sun had even risen the next day, Trump tweeted, “So many signs that the Florida shooter was mentally disturbed, even expelled from school for bad and erratic behavior. Neighbors and classmates knew he was a big problem. Must always report such instances to authorities, again and again!”

Despite the fact that the students had indeed reported the shooter to authorities numerous times in the past, many of the survivors responded with indignation that the president missed the point. 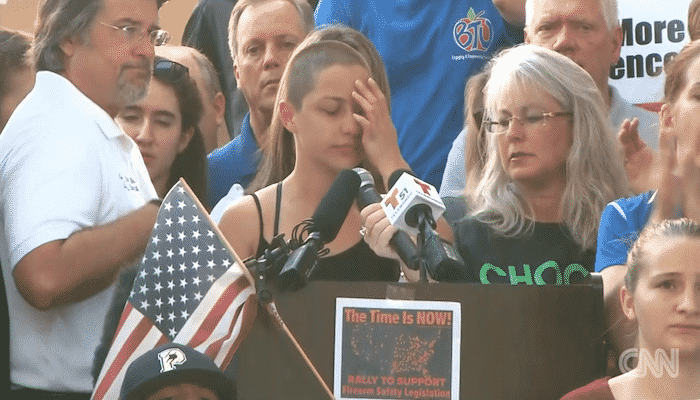 In her impassioned speech that went viral all over the internet, student Emma Gonzolez said, “And how about we stop blaming the victims for something that was the student’s fault, the fault of the people who let him buy the guns in the first place!”

The outrage would continue to spew over a president who would take no responsibility, offered bare minimal solace, and expressed no desire to move forward with preventative action. The narcissist impervious to criticism would, of course, remain unfazed. He brushed off his haters like he brushed his hairs from the back and sides of his head onto the top, and then forward. He would keep his spring in his step.

President Poses With School Shooting Spree Responders With Smile, Thumbs Up, Asks If They Want To Take A Silly Picture Next

Two days after the shooting, Trump posed with first responders in the hospital where some of the teenage victims were still recovering from gunshot wounds, and where others had died. In the photo, he beams. He gives a thumbs up. Over and over, photo after photo. Thumbs up. The several photos likely took much of the President’s time he spent in the hospital, which totaled twenty minutes. None of that time was spent with the grieving families of the many children who lost their lives in the shooting. 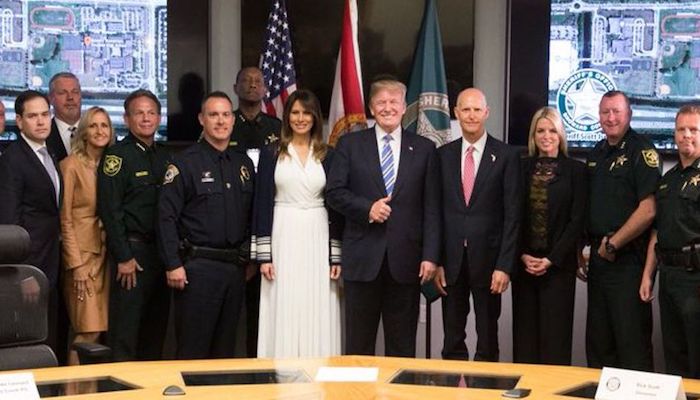 In one meeting that took place in the sheriff’s office, Trump asked the first responders to identify themselves and how they contributed to the shooting’s response. When the officer who identified and apprehended the shooter offered a brief summation of his actions, Trump glowed with admiration. But not for the man’s courage, aptitude, or heroism, but for his ability to resist boasting.

“That was so modest, I would have told it much differently,” said Trump. “I would have said without me, they never would have found him.”

In the coming days, with Mueller’s Russia investigation unearthing a brutal 13 indictments over the weekend, Trump steadily unraveled. He would come to blame the FBI for the shooting. He would exclaim innocence and vindication as news that members of his campaign pleaded guilty arose. What he would not do, however, was address gun violence. That would be up to the young students of Marjory Stoneman Douglas High School. Just a week ago, the students would have been called “future leaders,” and yet, suddenly, they found themselves to be current leaders, at the very forefront of the nation’s most urgent debate.

Teenagers Accomplish More In A Day Than Politicians In Years

Emma Gonzales’ fire reached far and wide. Her impassioned speech demanding immediate change sparked fervor within millions of viewers around the country. She, along with many of her fellow outspoken classmates, offered hope that this young generation might lead us toward a smarter, safer future.

For those of us who grew up in a time when there wasn’t such a thing as “mass shooting drills,” where it would have been unfathomable for three fatal school shootings involving active gunmen to take place at all, let along within a span of two months — during that time, teenage high school organizers were responsible for things like bake sales, dances, or Spirit Week pep rallies. Now, students organize nationwide protests. 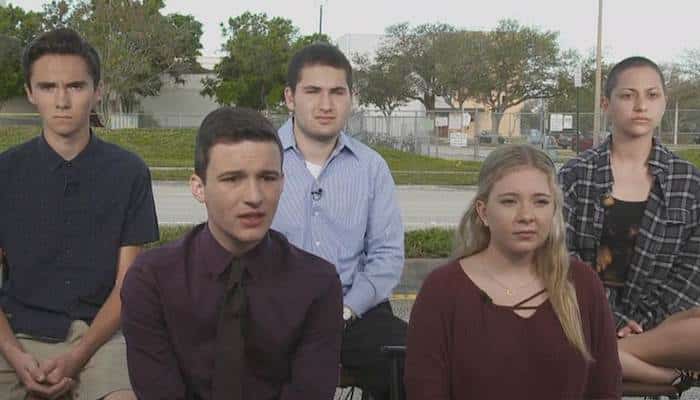 The brilliant Douglas students are calling all students, teachers, and supporters throughout the country to come to Washington D.C. on March 24th (or their local participating city) to March For Our Lives. The March aims to demand gun control and save the lives of children.

The event has blown up. In less than 24 hours, it received over 40,000 Likes on Facebook. Somewhere, presumably, Trump gives two thumbs down.