Omarosa, the reality TV star turned White House aide, said on Celebrity Big Brother that a Mike Pence presidency would be worse than a Donald Trump one. So be careful what you wish for, she warned. You see, Mike Pence is extreme. He believes Jesus Christ himself directly communicates with him.

So why, then – with a direct line to an omniscient God – is Vice President Mike Pence always out of the loop?

The most recent scandal devouring the White House (One of many. Many.) involves its now former White House Staff Secretary, Rob Porter, who is known as one of the more competent members of the president’s staff. Now, we also know that he is one of the more physically abusive.

Immediately, the White House denied the claims, as they frequently do regardless of truth.

“He says he’s innocent,” said Trump, “and I think you have to remember that.”

In the dominant era of #MeToo, many grew outraged by the audacity, especially when Trump began to praise Porter’s performance, as if in some way that could justify the abuse. When the tides turned against denial and the fact of Porter’s abuse became more clear (with photographs of his wife’s black eye), Trump would say nothing to support the wives or abuse victims in general.

But things got even worse following the denials. 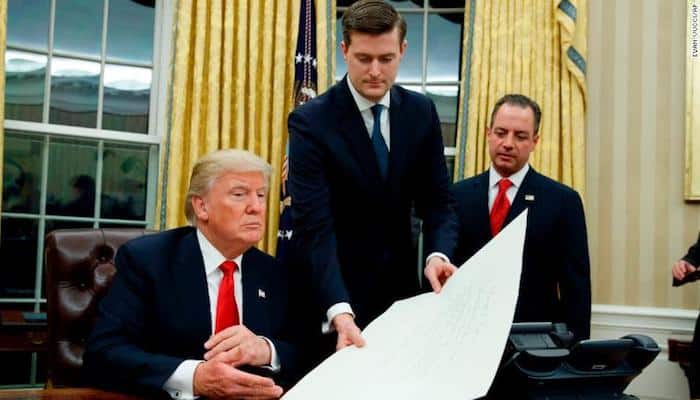 According To FBI Testimony, White House Is Lying

When people began asking why the White House did not remove Porter once they learned of the allegations of abuse, the White House responded by denying that they had ever known about them. Chief of Staff John Kelly produced a statement that, rather than promote justice, praised Porter’s character.

Things went awry when the FBI chimed in.

Unfortunately for Trump, the FBI does not forget the White House’s attempts to tarnish their reputation last week. FBI Director Christopher Wray testified on Capital Hill that the FBI had repeatedly warned the White House about Porter’s past. Despite this, the White House took no action, but angled to promote Porter instead.

VP Mike Pence Asked Why He Never Knows Anything About Anything

And throughout all of this, Vice President Mike Pence is… where, exactly?

Before flying to South Korea for the Olympics, reporters asked the VP what he thought of the scandal.

Pence responded that he had only learned of the accusations against Porter when he woke up that morning (although the FBI had warned the White House about it repeatedly).

One of the reporters then spoke up.

“This is now a number of times when you’ve found out … about something very late, after a number of other senior staff below you in the West Wing have found out about it. Can you comment on why you often seem a little bit out of the loop on some of this major news?”

Needless to say, Pence did not directly address the reporter’s very good point. 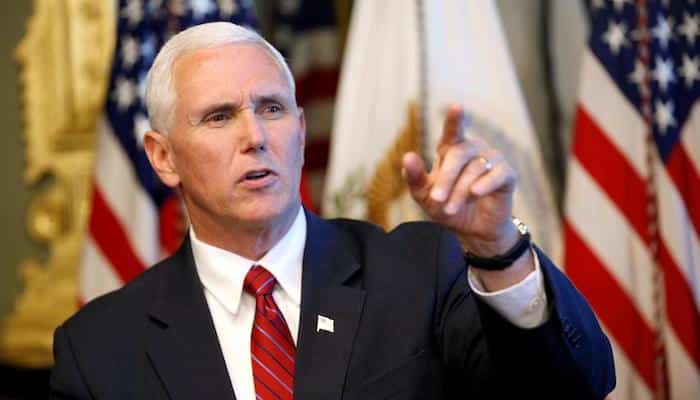 Instead, Pence said it was a “great honor” to serve alongside a President he called “very generous.” This week, the very generous president released his budget proposal, which called to eliminate food stamps and student loan forgiveness.

But why does this seem to happen over and over?

Mike Pence didn’t know that Trump’s National Security Advisor Michael Flynn was under investigation for lobbying for the Turkish government.

Nor did he know about Flynn discussing sanctions with a Russian ambassador during the transition.

He didn’t know about the communications between Donald Trump Jr. and Wikileaks, which he learned via news reports.

Pence didn’t even know about his own request for a meeting with the breakout star of the Olympics, Adam Rippon. The Vice President and the figure skater argued with each other through proxies in the news recently. Rippon, an out gay man, criticized Pence’s history of promoting homophobic policies and funding gay conversion therapy. Pence, who denied the accusations despite a very consistently homophobic public record, sought to mollify the beloved Olympian by requesting a meeting that was definitely not only arranged for emergency PR purposes. 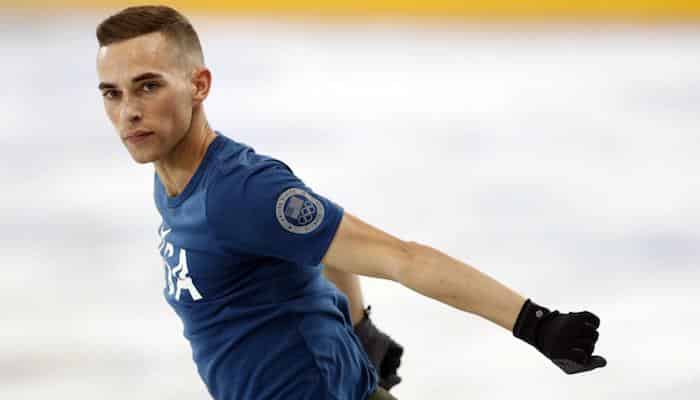 Then, Pence made a fool of himself by acting as if the reports were wrong.

“I want you to know we are FOR YOU,” he tweeted to Rippon. “Don’t let fake news distract you. I am proud of you and ALL OF OUR GREAT athletes and my only hope for you and all of #TeamUSA is to bring home the gold. Go get ’em!”

Adam Rippon’s agent confirmed the reports were “100 percent true” and that they were “contacted by the appropriate channels that the vice president wanted to talk to Adam.”

So did Pence reach out to Rippon, and then lie about it when he was rejected? Or did he not know he or his representatives reached out to Rippon to request a conversation? Was he, yet again, out of the loop?

Again, if Mike Pence literally hears the voice of Jesus, what exactly is Jesus telling him? Why isn’t Jesus telling the VP about the staffer who beats his wife — something Jesus would surely frown upon? Why didn’t Jesus warn Pence about any of the major scandals circulating the White House that could easily have been avoided?

Jesus doesn’t care about ridiculously wealthy men slashing their own taxes in favor of eliminating programs that feed the poor, but he cares about Pence eating alone with women who aren’t his wife?

ANALYSIS: The Nunes Memo Is Actually An Excerpt From Gossip Girl Novel