by Mike Stenger 10 years ago6 months ago

Facebook Graph Search was announced at the company’s press event today, the new platform allows users to find highly specific information based on their social graph. Graph Search is very different from traditional web search, says Facebook CEO Mark Zuckerberg, as it focuses on giving you answers instead of links.

The Facebook Graph Search feature is currently only available in English and it is in limited beta with more users coming on-board in the following months. This first version of Graph Search focuses on four different areas: People, photos, places and interests.

Here are some example queries that users will be able to use:

Facebook Graph Search is the networks first attempt at social search and will appear as its own larger search bar at the top of every page. Privacy has been taken into serious consideration and users will only be able to see content that was already visible to them in the first place.

CEO Mark Zuckerberg also announced that among the 1 billion users now using Facebook, there are 240 billion photos and one trillion connections.

Here’s a quick look at the layout for the new Facebook search function: 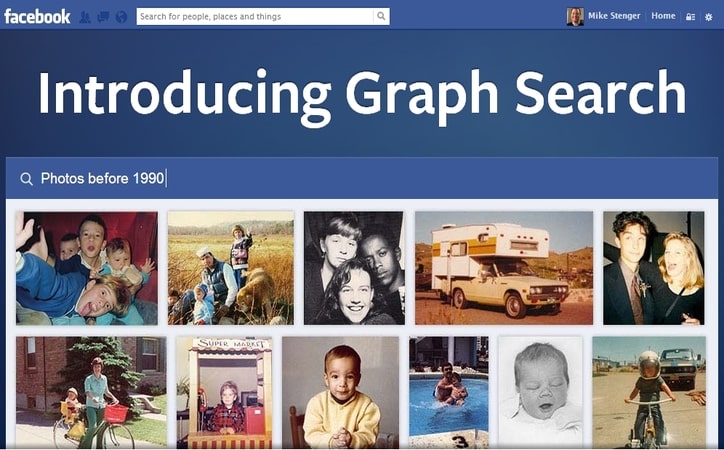