10 Democrats Who Are Going to Have a Stroke Any...

Since Donald Trump won the 2016 Presidential Election, Democrats around the country have experienced a bizarre phenomenon. It’s as if they’re frozen, astounded, unable to accept that a man who has the temperament of a cartoon character was being given the keys to the kingdom. It was like a clichéd movie plot come to life.

A year after Mr. Trump took office, many of them are still stuck in that state of shock, unable to accept the reality that they now live in. With each day that passes and every new barrier of decency and nobility that the President blasts through, Democrat leaders seem to become more and more confounded, ever more unable to articulate their stupefaction.

These Democrats are so bewildered, some of them seem to be on the verge of a nervous breakdown or some other serious health condition. Any one of them could be one tasteless Tweet away from a trip to the ER. 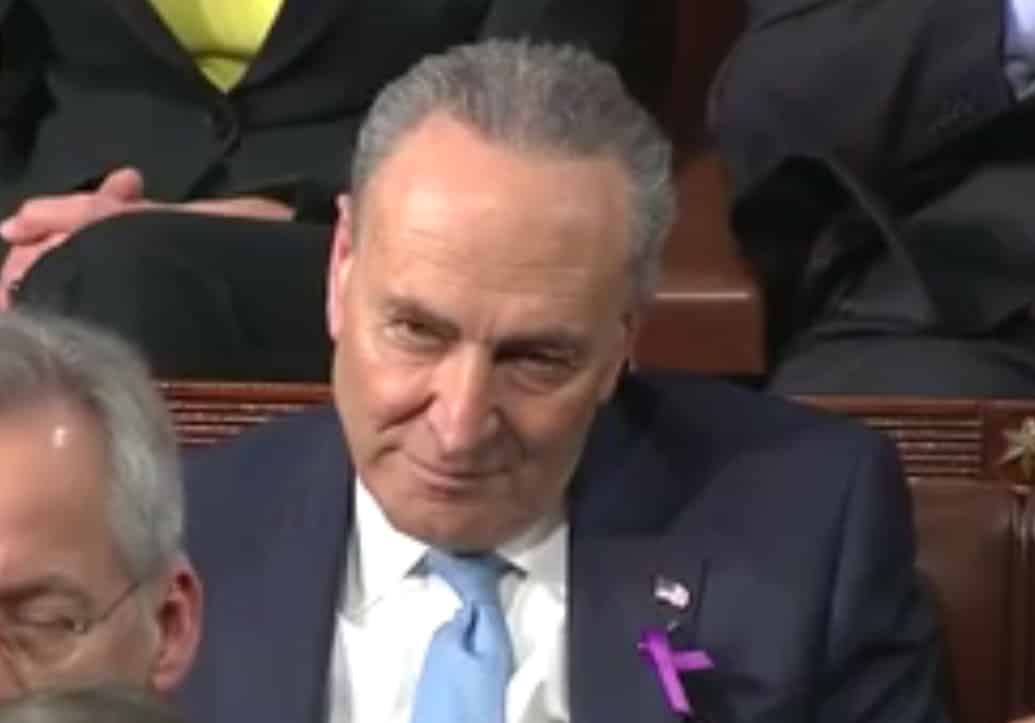 During the State of the Union Address, New York Senator Chuck Schumer appeared to be using every ounce of restraint he had to not leap over the seats in front of him to race down the aisle and warp his fingers around the President’s throat. Note how tightly he’s coiled here, ready to spring like a tiger sizing up his prey.

Frankly, I look at this picture and I’m a little scared. The Devil plotting your gruesome demise could not look more sinister. 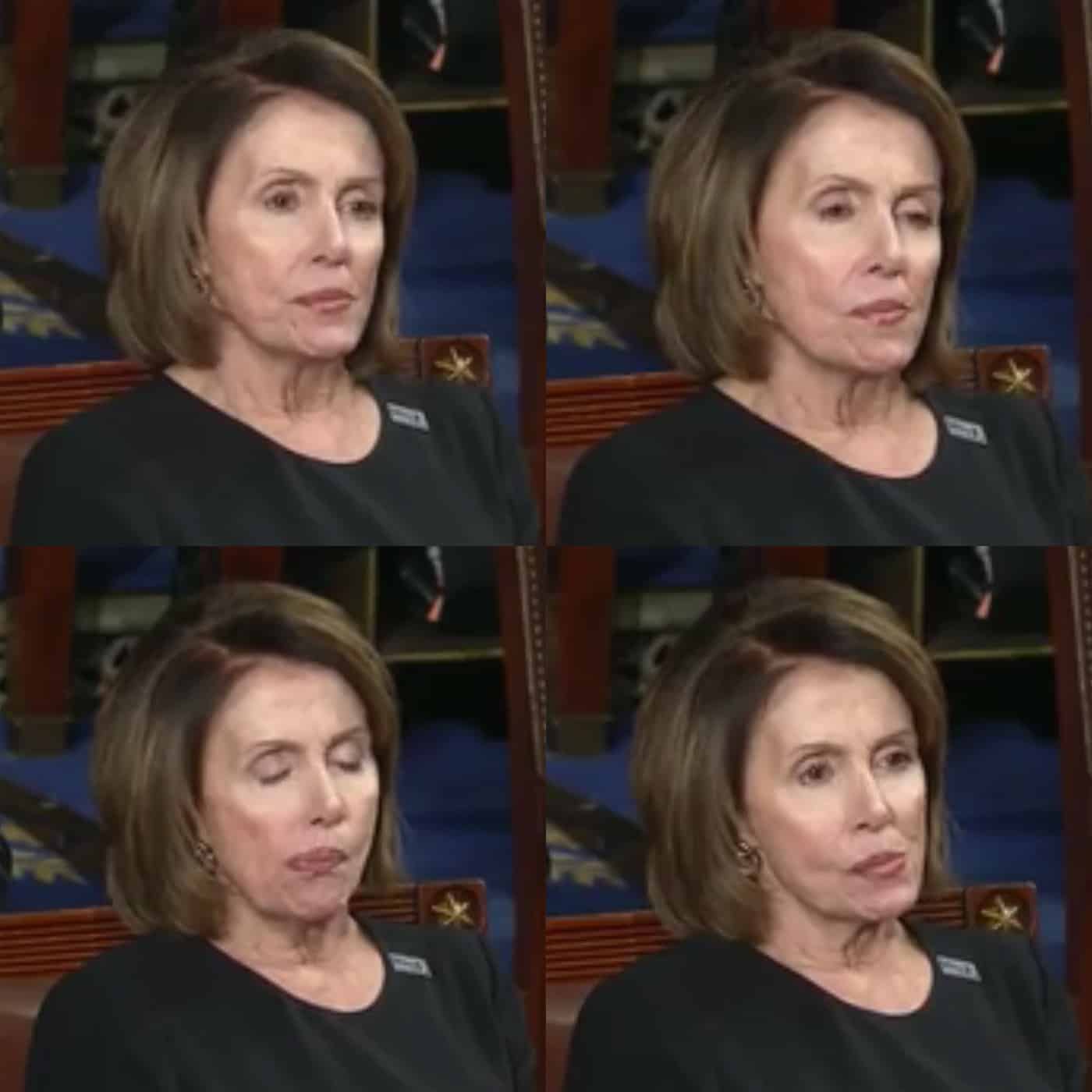 Anyone who’s seen these famous images of California Congresswoman Nancy Pelosi at the State of the Union address knows that she had murder in her heart. Just stop a moment and take in at that expression. That is the face of someone still unable to swallow the fact that Americans somehow put a damaged person like Donald Trump in power. If it were physically possible to “stare daggers,” the House Minority Leader would be serving a life sentence. 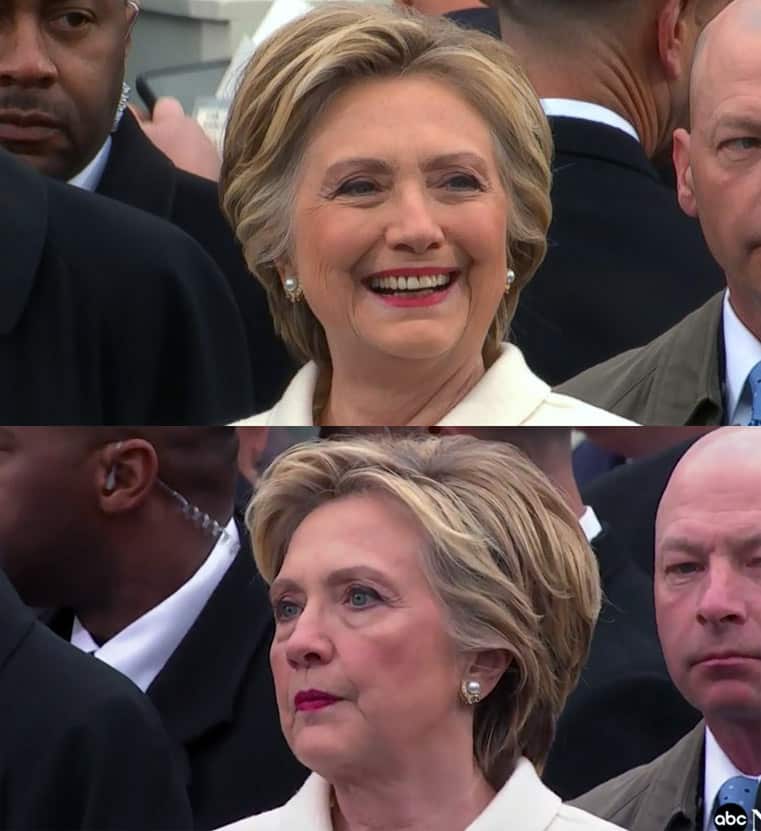 Imagine you’re the front-runner to win the Presidency, after working your whole life to reach the Oval Office. But instead of winning, the impossible happens and an unstable, narcissistic bully wins instead. What could rub salt in the wound more than having to attend your opponent’s inauguration ceremony?

Former Secretary of State Hillary Clinton has spoken on the record about how much she wished she could have skipped Trump’s inauguration, but tradition required that all living former Presidents and their spouses attend. Although she painted on her best “rah-rah democracy” smile for the cameras, the cracks were visible at the seams. Moments like the second one probably came from when she thought no one was looking, and she simply couldn’t hide her disgust.

Her next scheduled media appearance is as the subject of a special episode of the cable TV show Snapped. 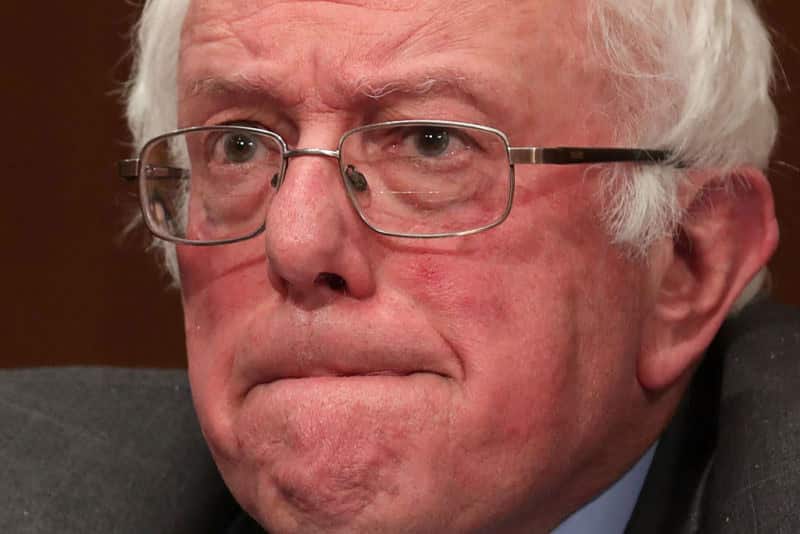 Even on a good day, Vermont Senator Bernie Sanders is a ball of barely-repressed anger and outrage. Look at how he’s biting his lip, turning red in the face, and oh those manic eyes. Bernie’s a volcano ready to blow, but white-knuckling it for all he’s worth. Hard to say if he’s headed for a stroke or a heart attack.

I don’t know what he’s looking at in this picture, but that’s the kind of expression elected officials save exclusively for Donald Trump these days. 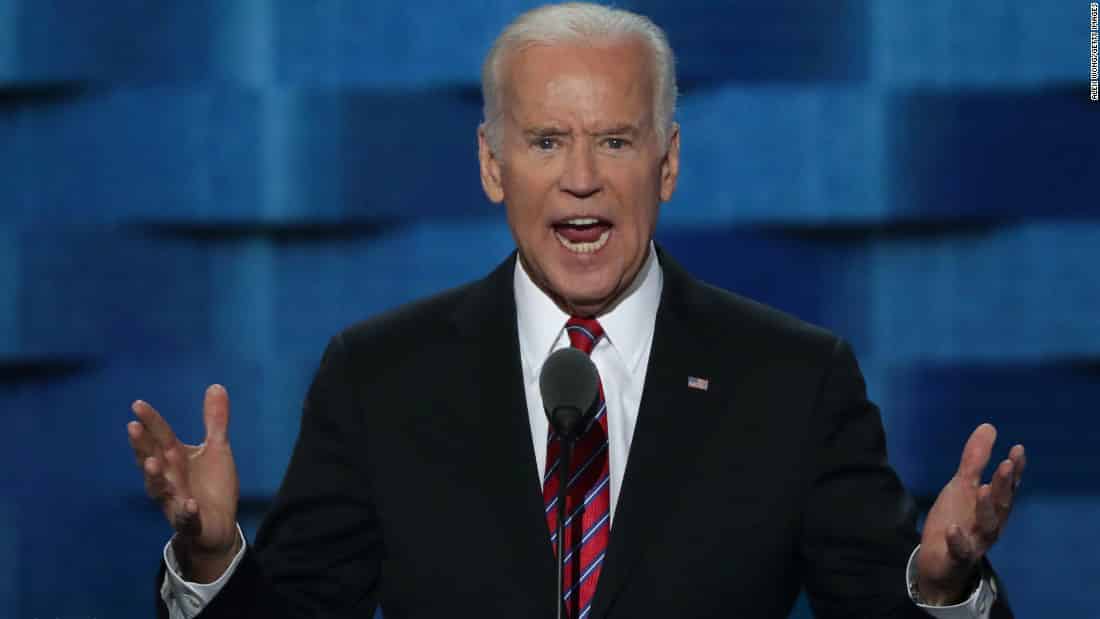 Former Vice President (and Barrack Obama’s BFF) Joe Biden is nothing if not animated. Whether he’s calm, affable, angry, or sad, his infamous expressions are always entertaining.

In this photo, from the 2016 Democratic National Convention, his message couldn’t be clearer: “Has the whole world gone ****ing insane?!?” 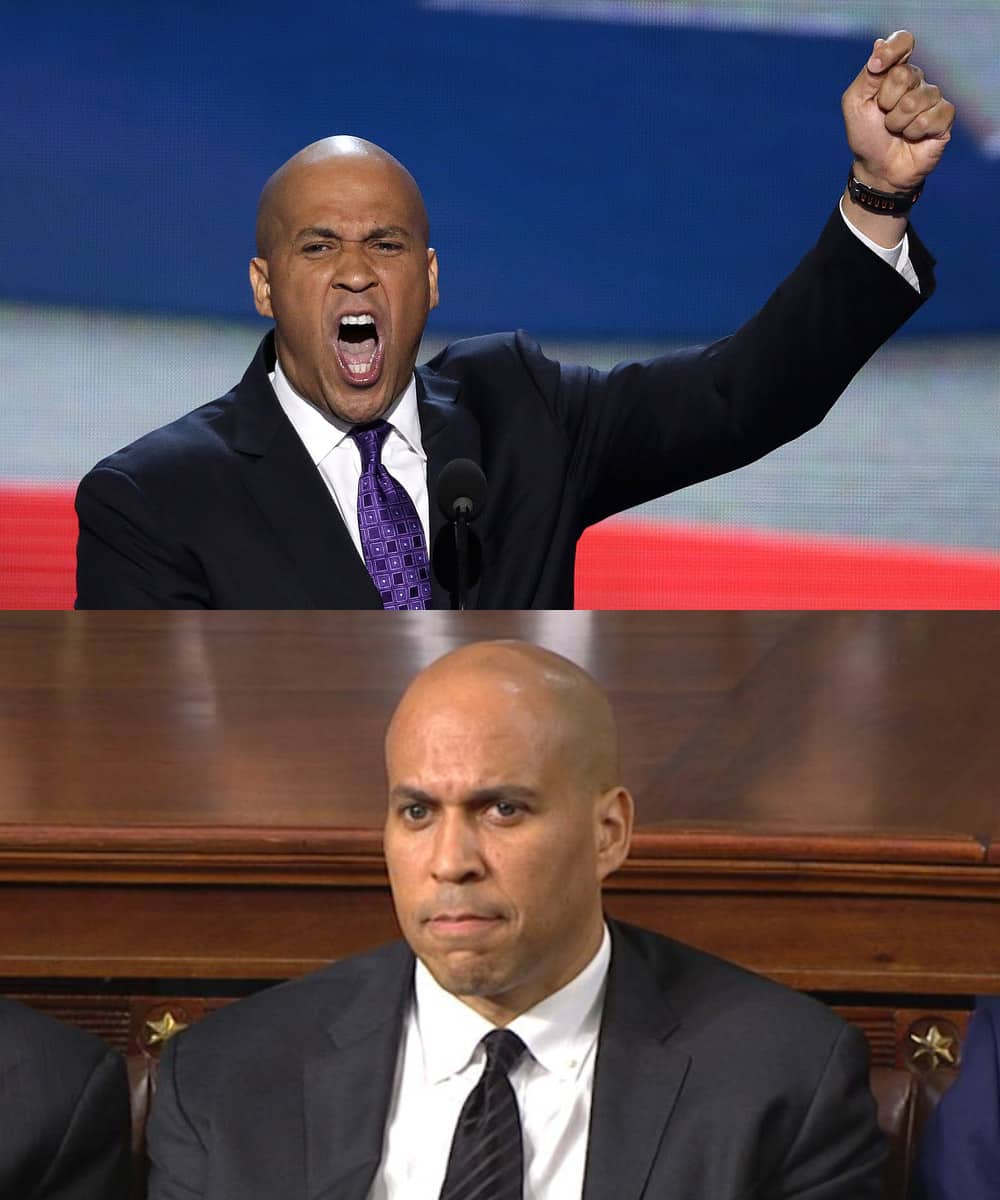 Fresh-faced New Jersey Senator Cory Booker is one aggressive legislator, to say the least. His recent interrogation of US Secretary of Homeland Security Kirstjen Nielsen went viral due to the zealous fury he put on display.

There’s nothing wrong with a little passion, but he needs to work on his Poker face.

In the top photo, which comes from the Democratic National Convention, Booker is sending out an angry rallying cry for all the angry people to pool their anger and… get angry at the voting box and keep Trump out of Washington. (Paraphrasing.) The bottom picture is from the State of the Union Address where like every other Democrat in the room, Booker was some combination of incredulous, skeptical, and (just guessing) angry. 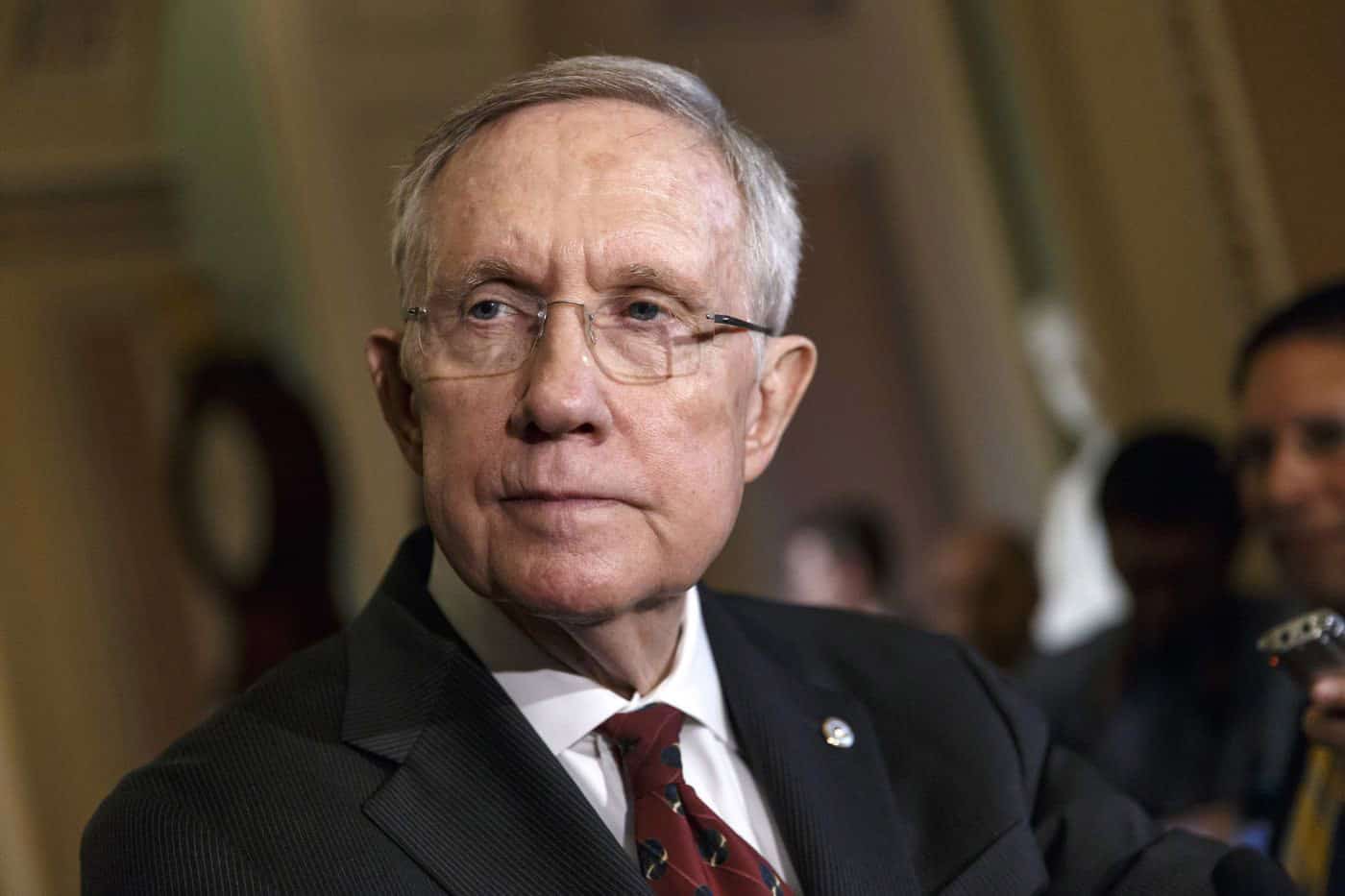 “If one more person says his name to me today…” recently-retired Nevada Senator Harry Reid appears to be thinking. You can see it in the downturn of his lips at the corners, and the drooping lids of his eyes. No wonder he left office; it was probably go or go insane.

The face says it all. You know he’s about to hit the floor. Somebody call 911. 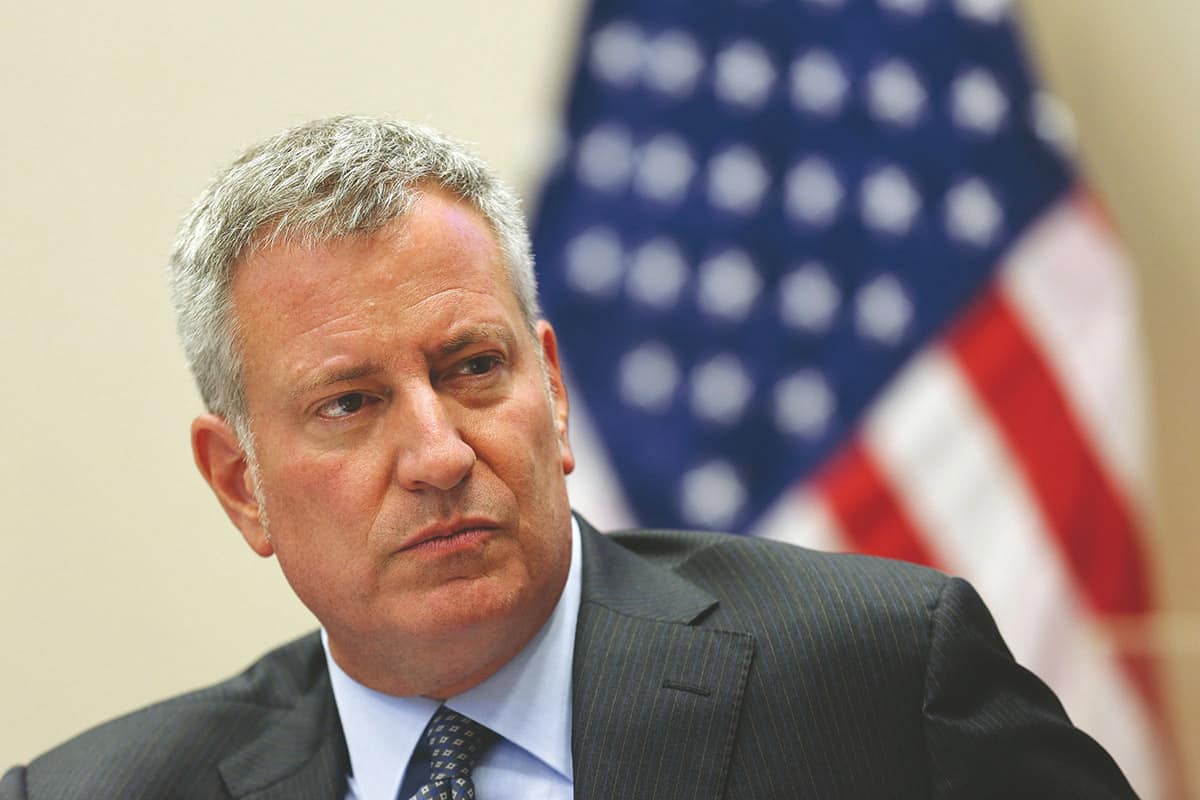 Check out the steely-eyed visage of New York Mayor Bill de Blasio. One of his key campaign promises was to upend the NYPD’s “stop and frisk” policy. But in this picture he looks like he’s ready to stop and frisk the crap out of whoever he’s staring at.

Given de Blasio’s notoriously icy relationship with President Trump (de Blasio refused an invitation to meet the President at the White House, Trump retaliated by blasting de Blasio on Twitter), it’s not hard to imagine this kind of hardened displeasure being pointed in the Donald’s direction. Followed by an aneurism.

Trump has a personal interest in New York City as a longtime resident, so the thought of his hometown having a mayor that he can’t schmooze and influence probably gets under his famously thin skin. 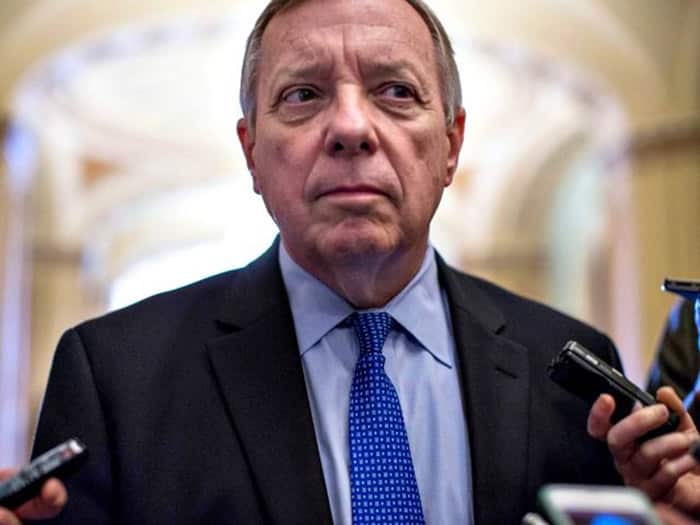 That is some quality side-eye coming from Illinois Senator Dick Durbin, who’s surrounded by reporters at what looks like the Capitol Building. Did someone just ask him about the President?

Did one of his eyes just twitch?

Durbin has been an outspoken opponent of Trump’s policies on just about everything, and was one of the legislators who testified to hearing the President’s “shit-hole” comments first hand. Whatever was said to him when this photo was snapped, his reply was along the lines of, “Boy, no you didn’t.” 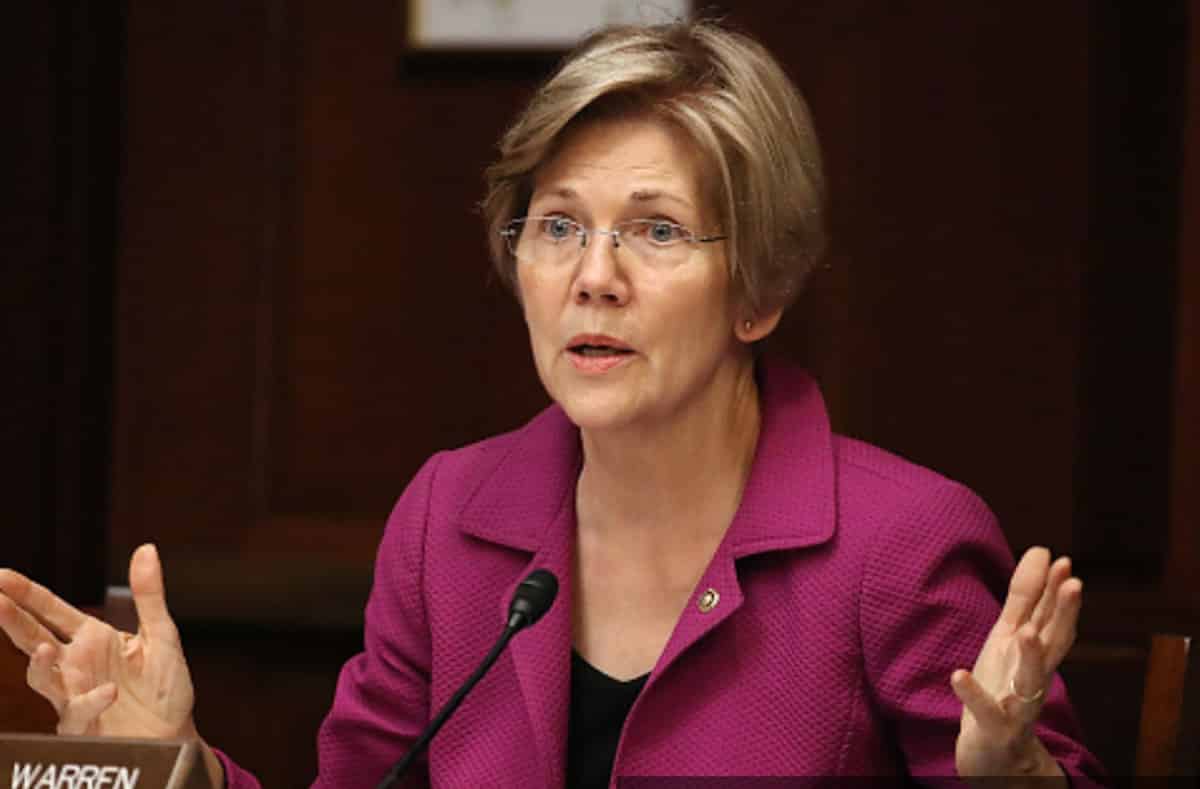 Nobody does “incredulous” like passionate Massachusetts Senator Elizabeth Warren. She already has a history of speaking out against Trump, notably being censured during Jeff Sessions’ approval hearing because she quoted from comments Coretta Scott King had once made about Sessions.

A Congressional panel meeting is taking place in this photo, and Warren appears to be questioning someone invited to speak before the panel. Her expression and gesticulation practically scream, “How can this be real life?” So I’m guessing she’s talking about something related to her least favorite person in the world — you-know-who.

Hillary Clinton Appeared on ‘Between Two Ferns’ and It Was Hilarious