Republicans are finally getting a wall, but Mexico isn’t paying for it. And it’s not on the border. It’s going to be in the House Intelligence Committee offices. The wall will separate Republican and Democratic staffers.

Dems Get The Memo That Republicans Want To Split Up

The partisan partition is set to divide an already fractured office meant to be investigating the President’s administration’s for ties to Russia. This past week, President Trump rejected the release of a Democratic memo meant to counter Nunes’. In Nunes’ memo, the House Intelligence Chairman accused the FBI of bias, intending to use it to justify dismantling the Russian investigation. In response, the Democratic memo pointed out the logical flaws of Nunes’ memo and provided underlying context in the places where Nunes’ points were misleading.

Many committee members feel the the wall is unnecessary and further fuels the divide between the two parties. The House Intelligence Committee is meant to put country over party, in exactly the way members of Congress usually do not. With the erection of the wall, the notion that the two parties will come together to seek truth dissolves completely. In fact, the wall suggests it is forbidden.

For Republicans, Ignorance Is Bliss

One former chairman of the committee, Mike Rogers, called the plans for the wall, “a travesty.”

Many on the Republican side deny knowing anything about the project, much like how the White House administration didn’t know anything about White House Staff Secretary Rob Porter’s abuse of his wife (they did), how Vice President Mike Pence didn’t know about Michael Flynn registering as a foreign agent (he did), or how Donald Trump Jr. denied meeting with Russians to arrange a quid pro quo (he did).

Perhaps for good reason, neither side trusts the other.

Rep. Tom Rooney, a senior Republican on the committee, calls it “poison.” Perhaps the poison derives from the toxic masculinity plaguing an administration defending wife abusers, pedophiles, and is led by a man who brags about assaulting women. 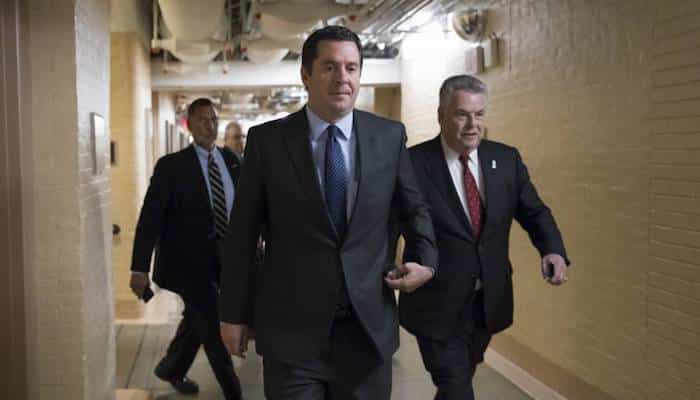 A Representative from Texas, Mike Conaway, places the blame squarely on the Head’s shoulders ”

“I’m not part of that decision,” he says. “You’ve got to talk to Devin. I don’t know what they’re trying to do one way or the other.”

Chaos erupted following the announcement of Nunes’ memo’s existence earlier this month. Immediately, both the FBI and DOJ denied its accuracy, citing clear political motivation in the misleading document. In response, the White House effectively declared war on its own carriers of justice. Many believed it was a plot to discredit Mueller’s investigation into Trump’s campaign’s ties to Russia.

The timing of the spectacle was curious. The mania swirling around the memo seemed to explode around the same time Mueller requested an in person interview from Trump himself. Trump’s lawyers requested written responses in lieu of oral responses on oath. Mueller’s team denied the request. For a president who has already admitted to obstruction of justice live on television, many doubted he possessed the ability to speak with Mueller without further incriminating himself.

The House Intelligence Committee’s investigation works conjunctly with Mueller’s, yet entirely separately. However, only the Democrats on the committee work in earnest. As the minority party, they do not have the power to schedule interviews or issue subpoenas on their own. Requests to do so have been denied by the majority party many times.

The infamous memo set off alarms even within the Republican party. A rare occurrence took place in response. The committee voted in a bipartisan manner to release the Democratic counter-memo. Skeptics speculated that Republicans did so for show, knowing that the White House would reject it’s release (it did).

When a member asked Nunes if he had worked with the White House to create the memo, Nunes replied, “As far as I know, no.”

Unanimous agreement among the world population: denying something by saying “As far as I know, no,” indicates guilt.

Many Argue That The Wall Will Be Useless 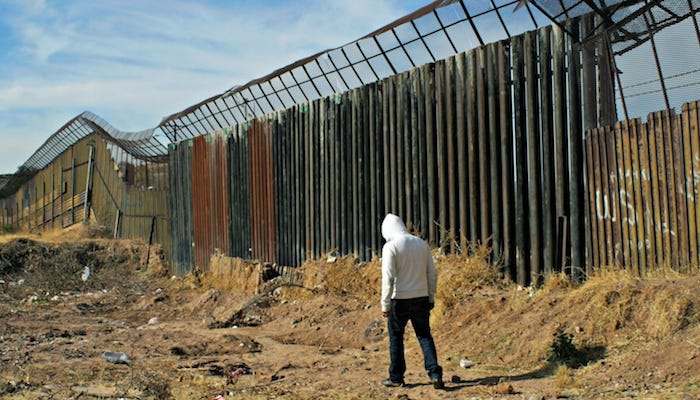 Regarding the partisan partition, questions circulate regarding its usefulness. Most don’t believe the new border wall would be an effective way to keep the two parties apart.

“It’s uncommon to literally walk across the office,” someone said. “It’s a lot more common to communicate via the air, like sending an email or making a call.”

Another member of the committee complained that building the wall would waste funds that would be better allocated elsewhere.

“It’s been over a year since that corner of the office has had clean water,” they said, pointing to a corner with a broken water cooler. “And there’s been a power outage over there since the hurricane. It’s been a month but nothing’s been done about that.”

Yet another member criticized the decision to build a wall, citing the prior promise to utilize funds for better infrastructure.

Another member said the wall was as akin to racism. “They don’t like us just because we’re Democrats,” they said.

One member disagreed, justifying the decision by pointing out, “When one of the Democrats comes here to do something stupid, like complain that we’re investigating the civilian Hillary Clinton instead of the President, well, they’re not bringing their best over here. It’s better to just keep the two separate.”

Some say that the wall isn’t so much a wall, but more like a fence.

Whether it’s a fence, a wall, or a metaphor for a lack of teamwork, the two need to make up and get to work.

As Representative Jim Himes puts it, “To do oversight, we need to be functional, and right now we are not functional.” He then cleared his throat and bellowed, “Tear down that wall!”

Nunes Memo Is Actually An Excerpt From a Gossip Girl Novel