GOP State Senator Argues It Is Unconstitutional To Tell Someone...

Members of the GOP in Pennsylvania suggested impeaching its Supreme Court justices this week, demonstrating their rationality and appreciation for the rule of law. The conflict derives from the court’s decision to force the state to redraw its unconstitutionally gerrymandered districts. In the court’s view, the maps unfairly benefit the Republican party and misrepresent voters by splitting up Democrats into separate districts.

Unfortunately, the Founding Fathers weren’t prescient enough to foresee a political party unabashedly strangling voters’ voices to benefit themselves. As such, the Constitution does not explicitly forbid gerrymandering based on political affiliation, much like it didn’t grant women the right to vote, or grant black Americans personhood. In today’s political world, many feel it’s about time to update the laws that blatantly violate the spirit of the Constitution.

Some don’t agree. Republican State Senator Joe Scarnati swore he would ignore the court order to redraw districts. In a statement, his lawyer wrote, “In light of the unconstitutionality of the court’s orders and the court’s plain intent to usurp the General Assembly’s constitutionally delegated role of drafting Pennsylvania’s congressional district plan, Senator Scarnati will not be turning over any data identified in the court’s orders.”

With 2018 being an election year, the decision of noncompliance has powerful ramifications. As such, the court demands redrawn maps within three weeks, or they will draw the maps themselves with input from both parties.

With the districts redrawn in a nonpartisan manner, half a dozen Republican-held seats would be vulnerable. The stakes are high. Unwilling to give up their self-given unfair advantages, the GOP appealed to the Supreme Court to stay the decision. 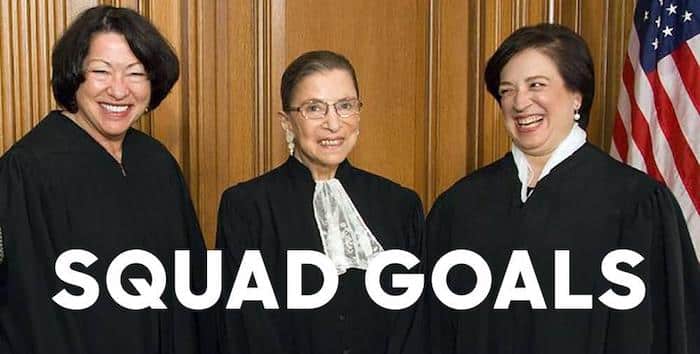 Across the nation, the spotlight shines on gerrymandering. Texas, North Carolina, and Wisconsin are all a bluer shade of purple than their body of elected officials would suggest. In those states, federal courts have already demanded new districts to be drawn. In some of those cases, however, the US Supreme Court held the orders until they can make a decision themselves.

Even former President Obama is joining the fray. He’s declared undoing gerrymandering one of his personal projects in the wake of his presidency.

And yet, following the rejection for appeal by the Supreme Court, Republicans are trying to upturn the legal process. Much like in North Carolina, when Democrat Roy Cooper won the race for governor. The Republicans responded by stripping the office of most of the political power that the previous governor enjoyed abusing.

Wait, THAT’S Who You Want To Impeach? 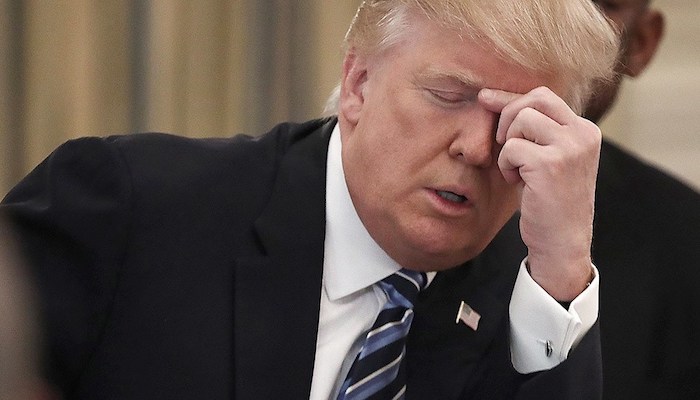 Now, in a shocking move that’s actually not that shocking, Republicans are looking to impeach their state’s Supreme Court justices who found the maps unconstitutional.

Meanwhile, President Trump still hasn’t enacted the sanctions against Russia which were voted for nearly unanimously in Congress with a veto-proof majority.

And he also admitted to obstruction of justice live on television last year.

Also, he considers modern-day Nazis to be very fine people.

And he bragged about grabbing women by their genitals.

Apparently, none of that matters. It’s the Pennsylvania Supreme Court justices voting to uphold the spirit of the Constitution and eliminate voter misrepresentation that deserve impeachment.

“All Of The Constitution Is Good Except The First Amendment,” Says GOP Rep

Currently, Pennsylvania Republicans control over 66% of the state senate seats. By contrast, in the 2016 election, Donald Trump won the state by a margin of less than one percentage point. The inconsistency makes it clear that something is suppressing the people’s voice. Rather than restore fairness, the GOP would prefer removing justices, shattering norms that go back over two hundred years.

In his memo seeking co-sponsors for the impeachment, Rep Cris Dush wrote, “This is a usurpation of the sovereign power of the legislature under the Pennsylvania Constitution. In the Constitution, it’s a contract between the people and the government that they hired to oversee them. And the sovereigns in this issue are God, the people, and the legislature — in that order.”

While God may be in favor of rigging elections for Dush’s political party’s benefit, the First Amendment in the US Constitution provides the basis for Separation of Church and State. 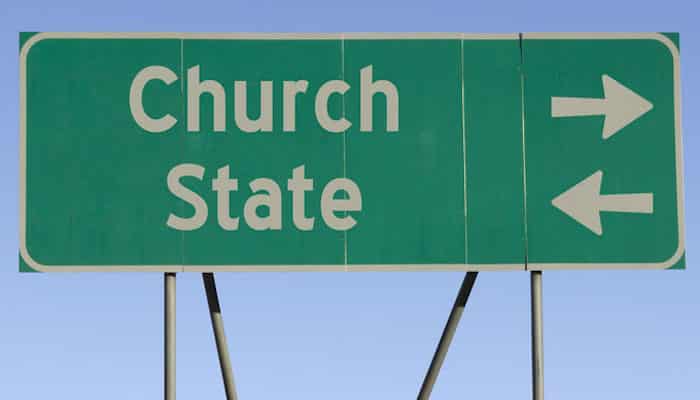 “The Judge Must Go, Because He Had The Same Opinion Three Years Ago,” Says GOP Reps

Republicans are also under scrutiny for their criticism of Justice David Wecht. House Speaker Michael Turzai and Senate President Pro Tempore Joe Scarnati both claim the justice’s vote must be thrown out, owing to comments related to gerrymandering made in 2015. For the Republican politicians, remaining consistent in your beliefs is an unforgivable offense.

Many agree that the ludicrous calls for impeachment and other rallying cries don’t derive from actual conviction. Rather, their intention is to stir up fervor within the Republican base. A local Pennsylvanian professor Christopher Beck comments, “It seems like a reflection of the broader undermining of judicial powers that are becoming part of the GOP playbook in the last year​.”

Regardless of the bickering, the case remains: the government must redraw its districts without partisan gerrymandering. If the GOP does not provide adequate maps by the given deadline, the courts will draw them on their own.

In a move that does not at all look like he has something to hide, Senate President Pro Tempore Joe Scarnati is refusing to hand over any data that could be necessary to redraw the districts. It’s bold, to be sure. But in the end, he’s declaring war on the branch of government designed to administer justice. So if he refuses, let justice prevail.