ANALYSIS: The Nunes Memo Is Actually An Excerpt From Gossip...

Our expert analysts agree that the controversial Nunes Memo is an excerpt from a “Gossip Girl” novel, with the names changed. This is most clear in the memo’s signature, which reads, “XOXO, The Honorable Devin Nunes,” suggesting that the Congressman merely replaced the titular Gossip Girl’s name with his own. The memo in question promised to expose bias and corruption within the FBI and Justice Department. The impending release dominated headlines last week.

On Friday, the GOP finally released the memo. After an initial uproar, the reception fizzled. Many expressed disappointment over its lack of true revelations. Of course, the memo’s biggest fan was Trump himself, who said on Twitter that it vindicated him. To many, how it precisely did this remains unclear.

In addition to the bizarre signature, the rest of the memo reads with similarly sloppy editing. In one passage, Nunes dedicates several sentences to explaining why the author of the infamous pee-tape dossier, Christopher Steele, is a “mega-jerk.” In the text, one conspicuous use of “Chuck’s” remains. Expert analysts claim it likely originally referred to the hedonistic bad boy Chuck Bass in the “Gossip Girl” novels. According to the experts, it is likely that the apostrophe prevented a Find & Replace function from switching the “Chuck” into “Steele.”

Media outlets pounced on the memo throughout the weekend. Many pointed out the irony that it seemed to suggest the exact opposite of what it intended to prove. The memo’s central assertion is that the FBI surveilled a member of Trump’s campaign solely based on the information of the biased, politically motivated dossier. And yet, the memo itself indicates that the Trump campaign member in question had been monitored years before the dossier had ever been written.

Still, the memo is relentless in its aspersions cast upon dossier-writer Christopher Steele.

Did The White House Contribute to Creation of the Nunes Memo? 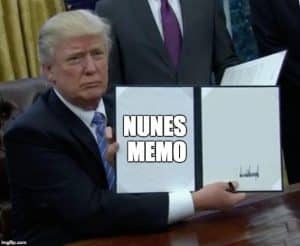 According to our keen-eyed analysts, the following excerpt in particular suggests that the memo is taken from “Gossip Girl”: “You can’t believe what The Dossier says. You can’t trust what that b—– says! It’s just a blog full of lies! Totally Crazy Christopher Steele is just trying to keep us apart for her own twisted amusement. SAD!”

Furthermore, it is their opinion that the President himself modified the excerpt, based on the subtle inclusion of some of his characteristic writing patterns.

Many within DC reached the same conclusion. Representative Jerrold Nadler said on CNN that he suspected Nunes collaborated with the White House to write the memo. He stated that when he asked Nunes point blank, “he wouldn’t answer the question.” Of course, the White House contributing to the creation of a memo that exists solely to discredit the FBI and Justice Department currently investigating them would be a serious ethics violation. Not to mention, it would be a significant addition to the ever-growing case of Obstruction of Justice facing the President ever since he fired FBI Director James Comey last year. Regarding Comey’s firing, President Trump told Russian officials in his office the next morning that it would remove pressure from him. 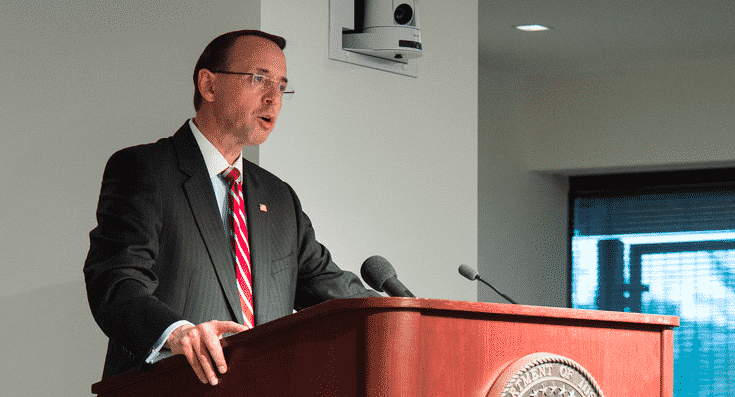 There are many who are concerned that the Nunes Memo seeks to provide justification for similarly firing Deputy Attorney General Rod Rosenstein, the man who installed Special Counsel Robert Mueller. Rosenstein alone has the ability remove Mueller and halt the investigation. Like Comey, Trump allegedly asked Rosenstein if he was on Trump’s team. Rosenstein subsequently hired the tougher, cooler, smarter, and more handsome Mueller to investigate the alleged crimes of Trump’s administration. His actions suggest that he was indeed not on Trump’s team.

When asked if he was considering firing Rosenstein, Trump responded, “You figure that one out.” The former reality star then closed his eyes and imagined dramatic music ushering the moment into a commercial break.

In an overlooked passage buried deep enough within the memo that most people had already grown bored and stopped reading, an entirely unedited sentence seems to have slipped through the cracks. It reads: “If boys were like clothes, the way Ms. Doherty said, then Nate was like her first pair of Diesel jeans that she’d bought…”

Those who actually managed to read this far puzzled over the coded message. Without the underlying classified information to provide context, most quickly moved on from their confusion. They assumed that members of the media would explain it to them. Indeed, many have written articles outlining complex narrative webs that they swear untangle the riddle. Mystery-thriller novelist Dan Brown has already announced his newest novel “Who Is the Weasel in My Diesel?”

Our crack team of analysts conducted a Google search where we put the sentence inside quotation marks. Through their expertise, we can exclusively reveal that it is yet another direct quote from the third “Gossip Girl” novel “All I Want Is Everything.” Thus, we are firm in our conclusion that the entire memo is derived from Cecily von Ziegesar’s acclaimed Goodreads 3.56 star novel.

So Who Is Gossip Girl?

The Russia investigation plows ahead. So far, it seems safe from Trump’s interference. Many wonder why Republican career politicians would risk so much for the Presidency that seems to be consistentlyunravelingg. Are they, too, implicated?

Explosive headlines introduce new scandals nearly every day. They expose new misdeeds, shed more and more light on the Trump/Russia alliance, and we’re all getting tired.

The Nunes/Gossip Girl memo threatens even more instability in its war against our systems of justice. Which is the truth, and which is the deceit?

In the ensuing – perhaps carefully designed – chaos since the memo’s release, it’s hard to determine who the true Gossip Girl is: the primary subject of the memo, or the memo’s writer itself?

Actually, it’s not that hard. It’s the memo’s writer.