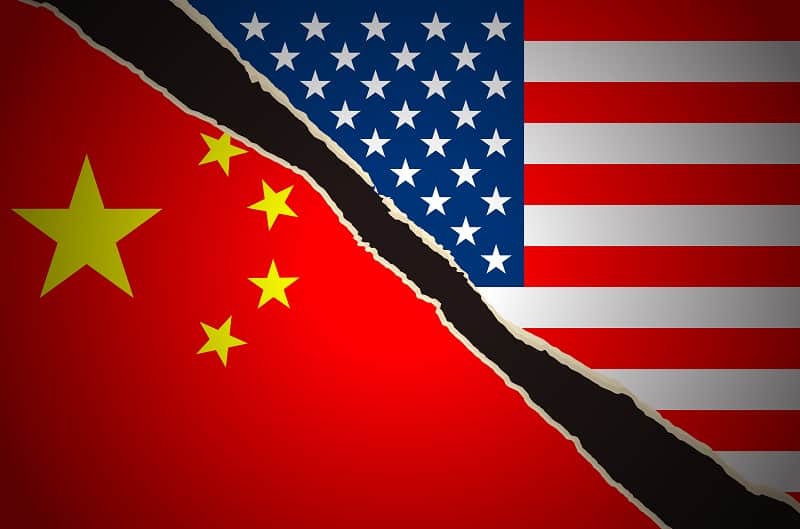 The United States is undeniably the only superpower in the world today. But until a few decades ago, it wasn’t so. America, the Soviet Union and the British Empire were once rivals for that hegemonic position. Today, the US’ biggest competition for superpower status is China.

The British Empire was the recognized global power from the 19th and 20th century, with about 90 percent of the world’s countries belonging to the empire. Its strength started waning after World War l and continuously declined so that by the end of World War II, when its resources were devastated and it began the peaceful decolonization of its territories, it ceased to be an empire.

Historians consider democracy, the English language, and Christianity as its biggest contributions to the world.

With the British Empire shattered, the Soviet Union and United States were left as the world’s two superpowers, locked in a Cold War. They had opposing ideologies, with the US favoring democracy and capitalism to rebuild the nations in Europe that had been destroyed by the wars, and the Soviet Union bent on establishing communism in countries they occupied. It was a battle between the two for global dominion.

The Soviet Union disintegrated in 1991. Mikhail Gorbachev, its leader from 1985 to 1991, implemented his policies of perestroika and glasnost, the key factors that led to the end of the Cold War, the dissolution of the USSR and the Communist Party of the Soviet Union. But Russia under the leadership of its first president Boris Yeltsin fell into economic crises. His successor, current president Vladimir Putin, is facing difficulties with the US and UN sanctions, and the declining prices of oil and gas, its natural resources. As of 2016, Russia’s GDP (purchasing power parity) ranks 7th worldwide.

When thinking of potential superpowers that may surpass the US, it’s China that comes to the minds of most people. In the last 30 years, its economy has skyrocketed to astonishing heights, at an average of 10% growth annually. The global average is only between 2%-3%.

Its GDP growth peaked in 1984 at 15.20% compared to the US’ highest in the same year at 7.26%. It retains its No. 1 ranking in GDP (PPP) in 2017 over the United States, although the latter is still No. 1 in GDP (nominal.) China’s economic rise is attributed largely to its manufacturing and services sectors (45% each) and its agricultural sector (10%.) In commerce, China is the largest exporting and trading country, a position previously held by the US. It exported $2.1 trillion worth of goods in 2016, compared to $1.4 trillion for the US.

But economy is not the only parameter for superpower position. Alice Lyman Miller, researcher of Chinese history and politics at Hoover Institution, defines a superpower as a country that has dominance and global influence over other nations in the spheres of economy, military, politics, and culture. Recently, analysts have added technology and innovation to the list.

China’s military power is rising. The Global Firepower Index, in its 2017 military strength ranking by country, places China at No. 3, with the US at the top and Russia taking second place. China has an active military personnel of 2.3 million while the US has 1.3 million. In equipment and artillery, China has more in total land and naval forces, while the United States beats China in air forces. But on where capability of equipment counts, the US has four times more fighter jets and attack helicopters, 10 times more AFVs, and three times more destroyers than China. The US also has 19 aircraft carriers to China’s one.

In the political arena, the United States is the undisputed superpower. It’s no secret that the whole world watches every US presidential election with bated breath. Whoever sits in the White House gets to make or break foreign policies, such as multilateral trade agreements and climate change agreements. He determines how the country will deal with terrorism and what changes will be done to immigration reforms. America is seen as the country that has its finger in every pie, rushing to the defense of its allies when threatened by hostile elements, meddling in foreign elections and territorial disputes not its own, and sending troops to wars between other countries. As for elections in China, most people are not even remotely interested.

Across the globe, the American culture is the yardstick by which other nationalities measure standards. Be it in entertainment, fashion, business, media and other facets of life, foreigners look up to Americans as their models. As for technology, China has not produced a company in the likes of Google, Microsoft, Facebook, and Apple. These behemoths have changed how people all over the world live, communicate, work, play, travel, and form relationships.

So, what’s the verdict on China surpassing the United States to become the next superpower? Even President Putin concedes that America is the world’s only superpower. Economists, analysts, watchers and professors have dissenting opinions. Some argue that China has replaced the US in this lofty position, while others insist that the Asian giant cannot aspire to outdo the US as political and cultural influencer, if not in economic or military might. Not that its leadership is making much noise about such claims. Beijing just goes about its business of improving its economy through bilateral and multilateral trades, stealthily developing nuclear weapons and ICBMs, and increasing its geographical size by laying claim to several land masses.

But the United States shouldn’t be complacent. It may hold the top spot now but many powerful countries have become wary of dealing with America while President Trump is at the helm. The influence of this Western superpower is waning and the internal conflicts will hasten its decline. America’s leaders would do well to remember that.