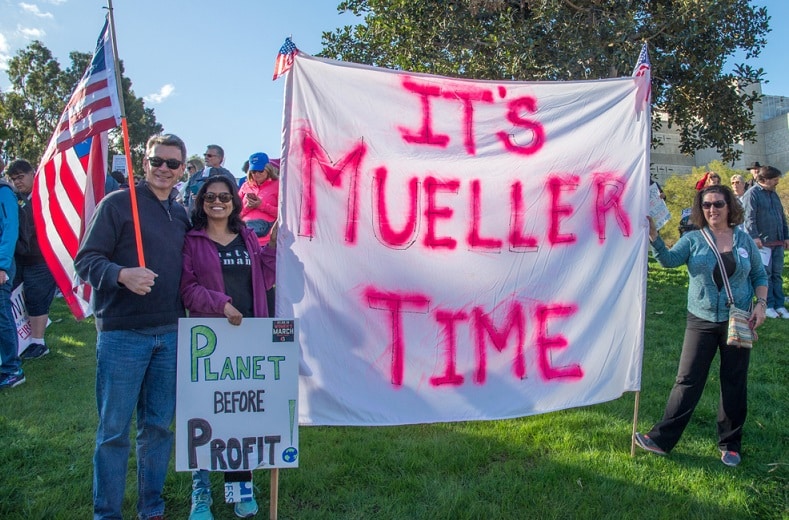 Robert Mueller, the no-nonsense former FBI boss and decorated Marine officer in the Vietnam War, has been special counsel since May 2017, tasked to investigate whether the Russians meddled in the 2016 elections and helped Trump win over Democratic candidate Clinton. This far into the investigation, a key element uncommon in political issues is the lack of leaks from Mueller’s team.

The special counsel chooses what gets out in the news and what doesn’t. He could have Trump’s tax returns, bank information, and intercepted communication between key persons involved, but the public doesn’t know that. Political analysts and watchers following the investigation’s progress can only speculate on possible scenarios for its ending.

It is unclear to most people how the probe, whatever its conclusion, will affect the presidency or Trump’s stay in the White House. But one way or another, it won’t be a simple case of removing the president or allowing him to finish his term. The investigation is now moving faster. After the guilty pleas of Papadopoulos and Flynn, the indictments of Manafort and Gates, and now a subpoena for Bannon to appear before a grand jury, it’s the president who will be next in line for questioning by the special counsel. That is, if Trump doesn’t find a way to fire Mueller first.

The president’s comments about Mueller’s appointment raises the specter of his termination in the same way Comey was fired. Mueller’s biggest “fault” is his success in ferreting out the truths that are damaging to President Trump and his campaign team, including his own children and son in-law. But, as Norman Eisen, special counsel for ethics during Obama’s term and a Trump critic, says in an old Washington Post interview, Trump cannot fire Mueller directly. He can circumvent regulations, as he is wont to do, and terminate Mueller, bypassing the attorney general or his deputy.

But that action will have to be ultimately upheld by the Supreme Court. Or he could use his presidential powers to fire Attorney General Sessions and his deputy Rod Rosenstein and so on down the line until he can find someone willing to fire Mueller. That would lead to a political disaster and constitutional crisis, says Sen. Mark Warner, D-VA.

If firing Mueller involves a complicated legal process, putting the pressure on him to resign is a safer way to get rid of him. Last year, a coordinated attack on the special counsel had begun. Congressional Republicans from Arizona Trent Franks and Andy Biggs told Fox News that Mueller’s ties to fired FBI head James Comey is a conflict of interest that could influence Mueller’s investigation. Both Comey and Mueller were former directors of the bureau. For the same reason, former governor of New Jersey Chris Christie called into question Mueller’s integrity if he does not step down.

It’s too early yet for the special counsel probe to bear results if one goes by past cases. In Nixon’s Watergate scandal, it was two years from the appointment of a special counsel to the president’s fall. Bill Clinton was impeached four years after the special counsel investigation began. The findings of the Mueller investigation will determine if there was collusion from Russia in the elections, and if there was, did it affect the poll outcome, who were the parties involved and what crimes did they commit. Will it reach the highest level which is the presidency? President Trump may not be removed, by impeachment or indictment, but his image will be shredded and his every policy or order analyzed and criticized. Depending on at else is uncovered, the mid-term elections may be a loss for the GOP and Democrats will gain control of the House.

Speculations abound. If the evidence points to a collusion with Russia, will the president be impeached? Or indicted? Who else in his close circle will be involved? It’s also possible that if there was collusion, it isn’t a crime, as Trump has told the New York Times in a holiday season interview. But that is for the courts to decide. Meanwhile, all findings point to a conclusion that Trump was aware of the Russian interference from the start.

If Mueller finds that the Trump team did collude with Russia, what crimes did they or Trump commit? Again, everything at this point is unclear. The president can be impeached, but can he be indicted? Legal experts are divided on this issue. Professor of Law at NYU School of Law Ryan Goodman states that even if Trump is immune from prosecution, he can be named as an “unindicted co-conspirator” with other individuals who have been charged. The US Attorney’s Office manual discourages this practice and even prohibits it in the absence of significant justification, but this rule is not explicit and in the present case, may even be pertinent, as the public is entitled to know about the president’s actions even if he is not prosecuted.

The investigation will, in all likelihood, have a political ending. If the Democrats win in November, Trump’s impeachment looms nearer. Or, as sources for The Economist suggest, Trump reviews Mueller’s report and directs the Department of Justice that it should be kept from the public. For Mueller’s work to be done in the shortest time possible without hurting its credibility is what everyone hopes for.

Just this week, lawmakers approved a bill establishing the District of Columbia (D.C.) as the 51st state of the United States of America. This is after multiple calls and protests from the citizens to finally consider D.C. as a state.  However, the bill is not out of the woods yet as it faces multiple oppositions… END_OF_DOCUMENT_TOKEN_TO_BE_REPLACED

John Bolton’s new book entitled ‘The Room Where it Happened’ had been stirring up quite the attention since it was announced for release last week. Officially released only June 23, the new book seems to threaten the Trump administration as there had been moves to get it unpublished. The request was later on turned down… END_OF_DOCUMENT_TOKEN_TO_BE_REPLACED

Learning about the Juneteenth Holiday The Juneteenth holiday, celebrated every 19th of June, is a commemoration of the liberation of enslaved African-Americans in the United States. It was on the 19th of June 1865 when Union Army General Gordon Granger announced General Order No. 3 in Galveston, Texas officially emancipating slaves in the entire state.… END_OF_DOCUMENT_TOKEN_TO_BE_REPLACED