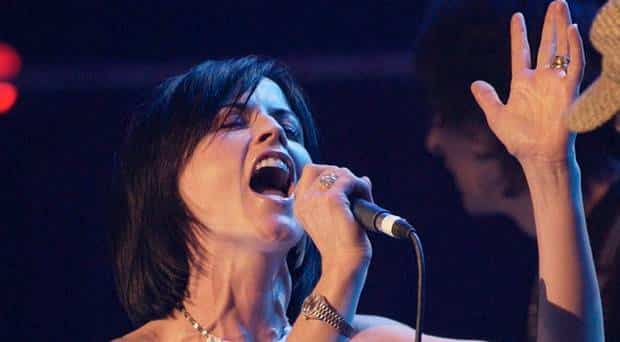 2017 was rife with deaths, and today we’re hit with the first one that’s close to our hearts: the passing away of the Cranberries’ singer Dolores O’Riordan.

Perhaps not many of this generation will recognize that name, but if you are a 90s kid, then your heart must be breaking, too.

We are devastated on the passing of our friend Dolores. She was an extraordinary talent and we feel very privileged to have been part of her life from 1989 when we started the Cranberries. The world has lost a true artist today.
Noel, Mike and Fergal

Reports indicate that Dolores was in London for a recording session and was found dead in her hotel room in Park Lane Monday morning (GMT).

Irish-born, Dolores O’Riordan and her bandmates are best known for their hits Linger and Zombie, but their musical & lyrical genius extend well beyond these pieces.

As many musical groups of their generation, some of their work stood for a cause – and one of theirs are the issues Ireland was (and is facing). Their album No Need to Argue (1994), is in fact inspired by the IRA bombing in Warrington, Cheshire, England on March 20, 1993.

Needless to say, social media is filled with the outpouring of grief and memories.

“A totally amazing mind, so understanding and so kind.” Dolores O’Riordan of The Cranberries. September 6, 1971 – January 15, 2018. (photo: Getty Images) pic.twitter.com/wbB5YvXNjC

Delores O’Riordan’s voice always took me back to being very young, when you couldn’t turn a radio on and not hear The Cranberries. Always will too. Really grateful for that.

Oh, my life
Is changing everyday
In every possible way..

Your voice brought colors to our dreams

RIP Dolores O’Riordan.The Cranberries were a voice for a generation living in conflict.Songs told stories/gave commentary on what was happening in a pre-Internet world where there weren’t news notifications pushed every minute.Hers was a voice of my youth and will be missed. ?

For those of you who don’t know much of the band, do yourself a favor and listen to some of their best songs.

RIP, Dolores. You were one of the musicians who truly had an impact on our lives.