by SocialNewsDaily 5 years ago10 months ago

Everyone knows that Google continually churns out an abundance of great ideas, apps, and services, comfortably positioning itself as the world’s leading search engine. With its parent company (Alphabet Inc.) being the largest internet company in existence, it should go without saying that there are plenty of innovative, brilliant minds working behind the scenes at the famous Googleplex in Mountainview, as well as remotely. Take senior designer Paul Schlacter, for example – one of many success stories the Big G has produced among its more than 70,000 employees.

Paul recently did an interview with DesignRush to discuss some of the details about his career, love for creativity, and ongoing collaboration with team members at Google Design.

Motion Graphics as an Extension of Conventional Art

Fittingly, the first question the DesignRush interviewer asked was “what inspired you to become a designer?” Paul answered that he originally intended to use his graphic design major to enhance his ability to draw, as he was interested in traditional art. During his junior year in college, he linked with Matt Checkowski and was inspired to begin working on digital motion graphics. The next question touched on the comparison between the three main kinds of graphic design – interface/site design, graphic design, and motion graphics. Paul stated that he doesn’t really have a favorite per se, but he does particularly enjoy illustrating concepts via motion graphics. 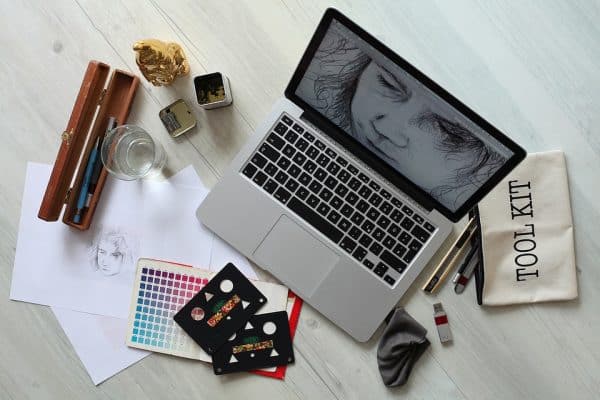 A Peek at the Creative Process of a Senior Designer

When asked about his creative process, Paul noted that he usually starts by brainstorming and sketching out a few ideas after reviewing the design brief. From there, he’ll typically show the rough drafts to peers and co-workers to gain some constructive feedback, using their suggestions and advice to make improvements and/or come up with entirely new concepts. This is a common approach taken by experienced designers, as a gradual, feedback-based design process tends to produce more satisfactory results. Of course, workflow management is one of the fundamental disciplines taught to graphic design students.

Keeping the Tools Sharp and Up-to-Date

When asked where he finds inspiration for his work on a daily basis, Paul mentioned his daily photo blog on Instagram that helps him stay connected with friends and discover interesting imagery. As far as preferred design tools are concerned, Paul admits that he likes to start with the old-school Bic pen or No. 2 pencil sketch before migrating the concept into a digital interface like Adobe Illustrator or Photoshop, although he did also mention that he’s trying to brush up on his skills in Sketch – an increasingly popular design digital design toolkit.

After having held prestigious positions at both Yahoo and Google, Paul has frequently been asked how he has managed to land such jobs. In response, his main interview tip is to “be nice to people” and build positive relationships to establish authoritative references that will hold weight on any professional résumé.