Milo Yiannopoulos is a terrible human being. Journalists are often told to be unbiased when covering a subject and just report the news, but I will not talk up or act indifferent about a human being who is just so ignorant and self-important and overall hateful that he makes most people’s skin crawl. Well seems his canceled book deal would not have turned out so well were it not canceled:

I didn’t read the manuscript. Just the comments. They’re…amazing. Even better than the excerpts in the filing.

And a pretty good summary of the book I imagine. pic.twitter.com/2kPESxAlA9

See? I am clearly not alone in these feelings as, the ‘editor’s notes’ for his book deal he had with Simon and Schuster have turned up online after that deal fell through, and it is vicious (which is awesome cuz dude sucks and should not be given a soapbox to stand upon). I mean, really, this editor’s notes for said Milo Yiannopoulos book is so full of burns, it should have come with some kind of cream to treat them after reading: 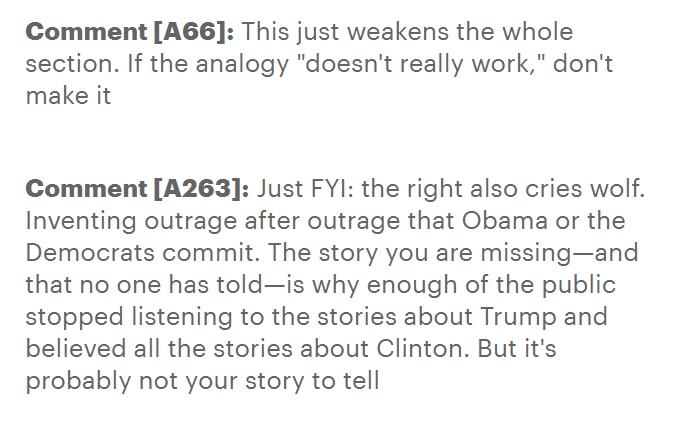 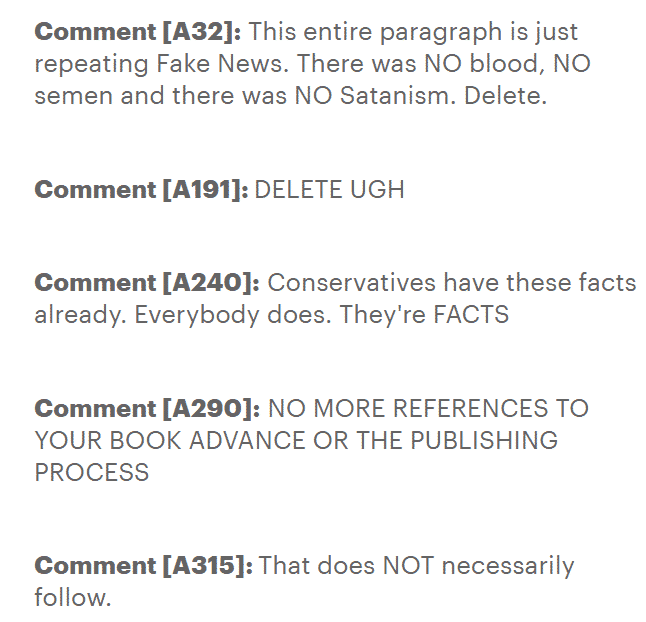 I’m sorry, that editor’s words may cut like a knife, but my God, those observations sum up what makes Milo Yiannopoulos such a terrible human in the first place. Hell, those notes VALIDATE it as fact!

And “let’s leave cuck out of it here” is my new favorite sentence ever. I cannot even fathom what must have been written there, but it must’ve been terrifying. Thank GOD someone had the common sense to shut this trainwreck down.