Dogs or Cats, Who are Smarter: We Finally Have the...

For a long time there seems to be a divide among people who love dogs or cats. As if one is better, or one of the two animal species are superior. The thing is, you like what you like, regardless of those things. Animals bring joy to our lives, no matter if they purr or bark. I love them both, personally.

As far as the classic debate about which animal is actually smarter, dogs or cats, we finally have a definitive answer (and you cat fans may not like it):

“As far as dogs and cats go, the study found that dogs have about 530 million cortical neurons while cats have about 250 million. (That compares to 16 billion in the human brain.)

I believe the absolute number of neurons an animal has, especially in the cerebral cortex, determines the richness of their internal mental state and their ability to predict what is about to happen in their environment based on past experience,” [Associate Professor of Psychology and Biological Sciences Suzana] Herculano-Houzel explained.”

That is not to say your cat isn’t smart, and a lot of different factors go into this, but at the end of the day, the animal waiting at the door for you with the wagging tail has almost three hundred million more critical neurons than a cat, and you cannot argue science. 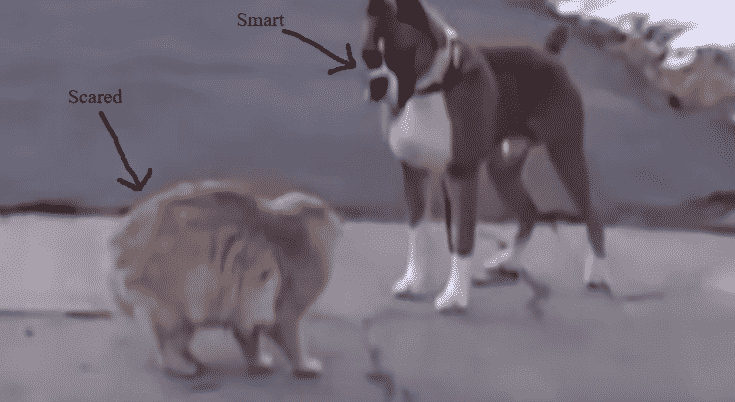 In layman’s terms, dogs can learn more and have a higher intelligence capacity than cats, fact.

But please, no one tell the cats this. They won’t take it well, as they do think the are superior to all life forms (and having a cat, I can’t argue that).