In light of Reddit co-founder Aaron Swartz’s suicide this past week, an online PDF tribute full of links to research and academic papers has gone live.

The PDF tribute is a symbolic reaction in support of Swartz, a 26-year-old activist who helped create the popular social forum Reddit and RSS, and has gathered more that 1,500 links and research in PDF form. Swartz was facing up to 35 years in prison and $1 million in fines after he downloaded 4.8 million research documents from JSTOR in an effort to make them more freely available.

The idea to honor Swartz with a massive PDF tribute database was suggested on Reddit this weekend: “A fitting tribute to Aaron might be a mass protest uploading of copyright-protected research articles. Dump them on Gdocs, tweet the link. Think of the great blu-ray encoding protest but on a bigger scale for research articles,” suggested Micah Allen, himself a cognitive researcher. 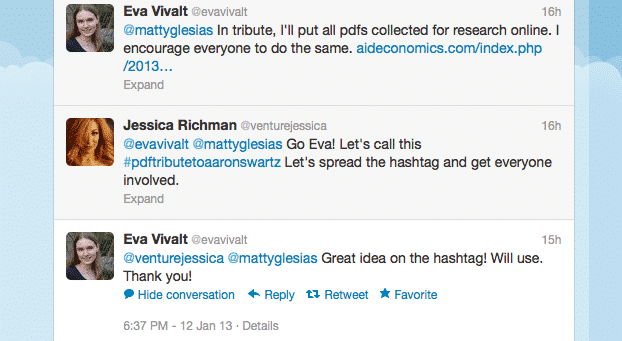 “Open access is something he was and we are really passionate about,” said Richman. “Imagine you’re a musician and you have to pay someone to produce your music, and then your can’t even access your own music unless you pay them again.”

Swartz himself wrote a Manifesto on Open Access just five years ago, in which he criticized research journals for restricting scientific knowledge and history and encouraged civil disobedience in order to get these documents freely available.

“The world’s entire scientific and cultural heritage, published over centuries in books and journals, is increasingly being digitized and locked up by a handful of private corporations,” he wrote. “Want to read the papers featuring the most famous results of the sciences? You’ll need to send enormous amounts to publishers like Reed Elsevier.”

You can check out the Aaron Swartz online PDF tribute database here. 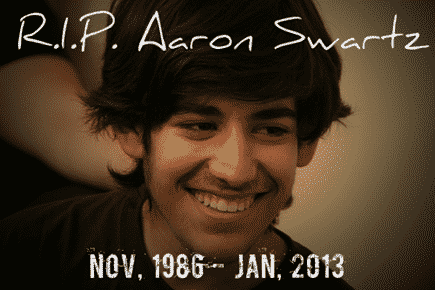