Into the Upside Down: Stranger Things Games

More than a year has passed since the Duffer Brothers turned the TV world upside down. Their Netflix original series, Stranger Things, became an instant classic. Steeped in 1980s pop culture, the throwback sci-fi show earned a plethora of accolades and traditional television show awards. Season 2 is due this Halloween, and it aims to make an even bigger impact in the media landscape.

Stranger Things is a captivating show that draws in viewers with gripping storylines and remarkable performances. Several cast members won individual acting awards, in addition to the show’s many trophies. Such a high level of production leads viewers to want even more—to be further immersed into the world(s) of Stranger Things. Can a video game deliver similarly preeminent entertainment? The answer is as mysterious as the Upside Down. 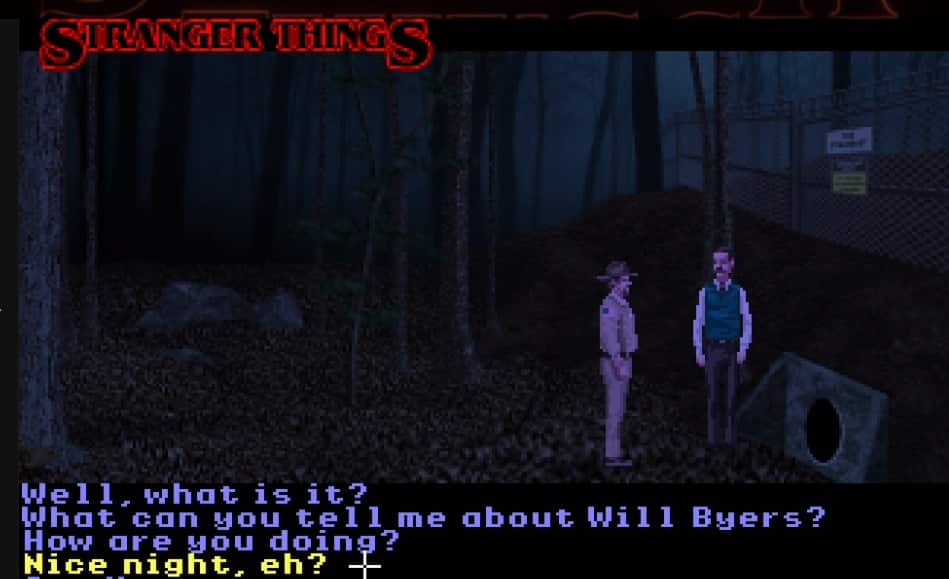 Stranger Things fans are a creative bunch. Not long after the Season 1 premiere, unofficial games began to appear on the internet. The list of fan-made games still grows to this day, keeping up with the TV show’s viewership. Infamous Quests’ Stranger Things is a point-and-click adventure. It contains one level—Chapter One: The Search for Will Byers.

The Infamous Quests game is a modest tribute. It pays homage to a particular scene in Stranger Things. Players control Chief Hopper, whose sarcastic comments are captured accurately in the game. Hopper is exploring Mirkwood Forest, where he can interact with other members of the Hawkins Police Department.

The unofficial Stranger Things adventure looks and feels like a computer game from the early 1990s. It has 16-bit graphics (with plenty of 2D sprites) and choose-your-own-adventure dialogue. Without any official sponsorship, the game is unfortunately quite short; the total playthrough time is less than 10 minutes. 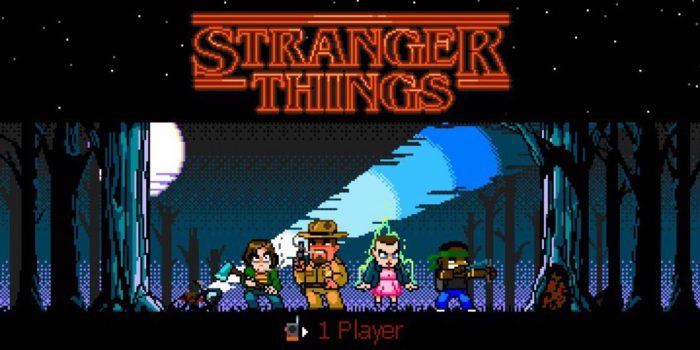 Stranger Things: The Game is anything but short. Developed by Netflix and BonusXP, the Android/iOS-compatible game delivers a wealth of nostalgia-fueled entertainment. Gamers can play as a bunch of characters from the TV show, including Hopper, Lucas, Mike, Nancy, Will, and Dustin.

Unlocking characters and discovering additional skills is one of the most intriguing parts of Stranger Things: The Game. Hopper packs a powerful punch, and Lucas can fire his Wrist Rocket for long-range attacks. Mike’s flashlight stuns enemies, and Nancy busts breakable items with ease. Will can squeeze through small areas, and Dustin’s pudding distracts foes. The characters look authentic and accurately portray their on-screen counterparts.

Stranger Things: The Game is a cross between the RPGs and adventures found on Poki along with such big titles Agar.io or the Snake game on Poki.com. Its retro graphics, gameplay, and sounds are reminiscent of the late 80s and early 90s. Certain missions and levels come straight from Stranger Things. They are gripping, spooky, and challenging. Others are humorous and reward gamers with sneak peeks into Season 2 of the Netflix series.

The Netflix-sanctioned Stranger Things mobile game offers a more in-depth experience than unofficial titles. But, fans of the television show are likely to find value in most Stranger Things games. Dare to enter the Upside Down while waiting for Season 2; just ensure Eleven is nearby and ready to save you.