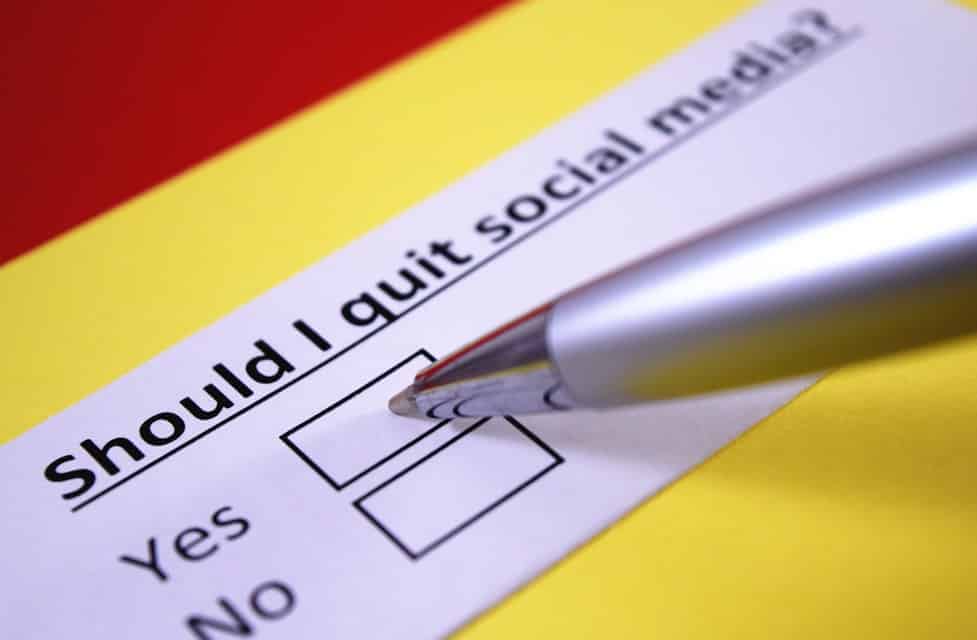 When Taylor Swift was ready to release her new album, she took a step few celebrities of her caliber have done: she blacked out her social media. Everything she had on multiple platforms like Facebook, Instagram, Tumblr, and Twitter was gone. Fans reacted with confusion and immediately tried to figure out what it meant. In the end, it meant she was revamping her image and releasing a new album.

Social media blackouts aren’t just for pop singers, though. They have relevance in your life too. Managing your social media presence can sometimes mean going dark when the time is right.

What is a Social Media Blackout?

A social media blackout, simply put, is closing all your social media accounts or removing all your posts so that nothing about you can be found on social media sites. It works whether you post regularly or are only an occasional poster. Even if you had active, sprawling accounts before, blacking them out means removing all posts and sometimes even deactivating the accounts for a period of time.

What are the Benefits of a Social Media Blackout?

The main benefit is that information about you on social media websites is gone. This means that pictures of you can’t be directly accessed, your old updates aren’t available, and any reflection the information has on you is obscured. A social media blackout lets you exist outside of your web presence.

There are two types of social media blackouts. The first kind is removing all your posts so that the account is still active, but there’s no information beyond your name and maybe a profile picture. The benefit to this type of blackout is that you can still use your account to view others’ social media posts or private message people while maintaining the illusion of not using your account.

The second kind is letting your accounts go dark completely. You deactivate them so that it appears your account is gone permanently. This type of blackout is especially useful to people with long social media histories who wouldn’t be able to easily remove all their posts or limit the content to a strict audience. If your account is deactivated, though, you won’t be able to use the private messaging services of the social media site – or view other people’s non-public updates.

Why Shut Down Social Media?

There are a number of reasons why someone might want to shut down their social media account.

If you’re extremely plugged into social media, the constant contact might weigh on you. Seeing a barrage of political posts, personal problems, and catfights in comment sections can also be a strain. There’s nothing wrong with taking a self-imposed break from social media – and removing all of your information so no one can engage with you – until you feel like facing it again.

Removing your ability to post and limiting what others can see is a wise decision when facing legal proceedings. For example, Sherwin Arzani, a Los Angeles injury attorney, explains that there are times when determining liability in a personal injury claim is complicated. Leaving up social media posts gives your legal opponent something to look at and use to attempt to find evidence to use against you in court. It’s better to close down your social media accounts rather than leave them up to be scrutinized and continue making posts if you’re involved in any kind of legal situation.

How Long Should I Blackout My Social Media?

It really depends on what the purpose of your social media blackout is. If you’re just taking a mental health break, a few days might be enough. If you’re taking a break to job hunt, waiting until you’ve accepted and started your new job might be prudent. When you black out social media for legal purposes, don’t reactivate your accounts or be active on them until your lawyer says it’s a good idea to do so.

Keep in mind that blacking out your social media doesn’t mean the information will be gone forever. Search engines cache your profile and images in some cases. These will still be available until the page is catalogued again and the changes are registered by the search engine.

There are also websites that cache people’s Twitter and Instagram profiles, keeping copies on third-party sites that are also cached and saved by search engines. Blacking out your social media doesn’t mean that the copies of your information stored on these sites will be removed immediately or at all.

Finally, it’s important to remember that other people can keep copies of your data. Once something is available online – whether it’s a public picture or a private chat – it has the potential to be made public and saved forever. Assume anything you say or do online could end up in the spotlight and plan accordingly.

Social media blackouts can help you control your information and may be useful at various times in your life. The best way to handle your social media persona is to always be circumspect about what you post, but there are still times when it’s better to have no presence at all. If you think it’s time for a social media blackout, go through each site and close your profiles temporarily or remove information you don’t want visible. It may pay off in spades, whether it’s for your mental health, a new job, or a court case.