The Internet Really Wants To See A Joe Biden Reality...

Hey, what does Vice President Joe Biden do aside from schooling young whipper-snappers in the GOP and branding everything he finds displeasing as “malarkey?” The internet is apparently keen to find out, with a White House petition asking for just that catching viral today.

“Vice President Joe Biden has a demonstrated ability to bring people together, whether at the negotiating table or at the neighborhood diner. We, therefore, urge the Obama Administration to authorize the production of a recurring C-SPAN television program featuring the daily activities and interactions of the Vice President with elected officials, foreign dignitaries and everyday American families. Such a program would educate the American public about the duties and responsibilities of their Vice President, while providing a glimpse of the lighthearted side of politics even in the midst of contentious and divisive national debates.”

The request is likely a response to the hilariously viral nature of Joe Biden. He’s the gaffe-man, the child-whisperer, the old flirt, and the master of disguise, all in one eccentric politician.

Here he is, trying to smush with a female motor cycle club member:

The swearing in of Senator Chris Murphy, in which he displays what a child at heart he is: 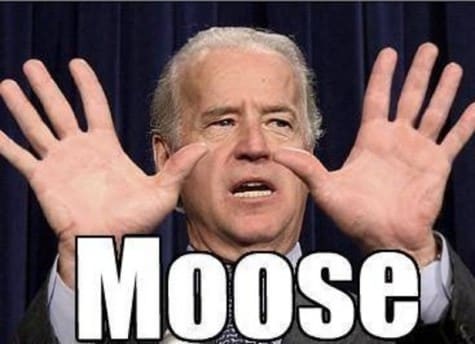 Joe Biden is also one of the most gaffe-prone of our elected representatives. Let’s not forget the Michael Scott-esque moment when he told wheelchair-bound Chuck Graham to “stand up” so everyone at a political rally could see him. Or when he called President Barack Obama “the first mainstream African-American who is articulate and bright and clean and a nice-looking guy.” This guy’s a natural!

In any case, the White House petition is making the viral rounds on social media, having racked up 700 signatures in just an afternoon. Sure, a Joe Biden reality TV show petition doesn’t have the viral flavor of other popular petitions just yet, but it might be on its way.