The Chart That Shows Google And Facebook’s Secret Weapon

by Remy Carreiro 5 years ago2 months ago

Apps. Yup, you heard it right. You would think Facebook and Google had the cyber worlds locked down, and this pretty much proves it. As this ever-so-simple chart shows, these apps are apps people use most, and ironically, Google AND Facebook own 85% of all the apps listed. 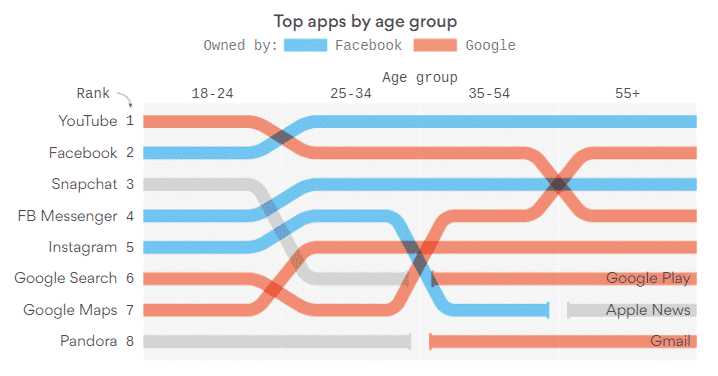 With roughly 87% of mobile time (cell phone usage) are used for apps versus the 13% using it as a web browser. It shows you the app market is huge, and the two biggest companies in Silicon Valley also have a huge stake in the app market, meaning, between computers and phones, Google and Facebook essentially own and run the web at this point.

It’s a fact we have to all comes to grips with.