Smoking Scorpions to Get High is All The Rage in...

Every culture and country has their own methods of inducing extracurricular relaxation. Though alcohol and (medical, legal) marijuana seem to be the choice of many here in America, in Pakistan a disturbing trend has gained global attention and we thought we would take a moment to shine a light on it as well.

People smoking scorpions to get high. 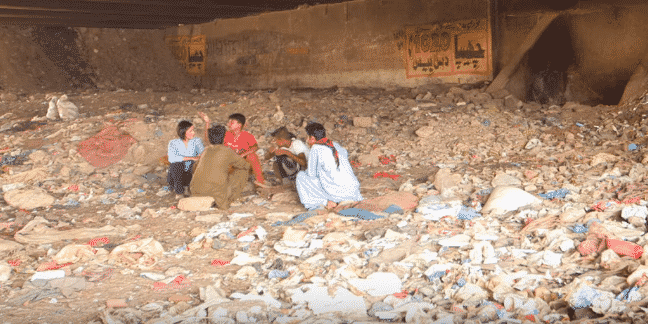 There is a very strict marijuana prohibition set in place in Pakistan and many people think Scorpion smoking is a direct rebellion-response to that, though many know it is has been an underground practice for a very long time in Pakistan.

Some people even go to special stores where the scorpions are still alive and they pay a small fee to actually get stung. After the six hours of searing pain subsides, they are left with an experience some compare to LSD while others compare the “high” to copious amounts of marijuana. Regardless, the poisonous scorpion venom DOES give them a somewhat out-of-body experience.

Others crush the scorpions before rolling them into joint like cigarettes, often also filed with hash or tobacco (if they have hash, why do they need scorpions? Just asking what we’re all thinking). Others will put the insect on an open flame and just inhale the smoke of the burning insect.

Regardless, it is a bad habit that seems to be spreading regionally, and the venom is VERY addictive, so the fear is for people who may move on to stranger and more extreme things for these highs, but how do you even follow this up? Smoking scorpions is PRETTY extreme as it is, if you ask me.

What kind of crazy thing will they turn to for escape when smoking scorpions is no longer a “thing”?

That last sentence is officially the strangest sentence I have typed yet on this site.