Industrial Waste To Blame for the Blue Dogs That Inhabit...

A group of roughly eleven blue dogs were spotted around August 11th in Mumbai, causing some locals to react. Turns out a local manufacturer has been shut down for dumping industrial strength into the Kasadi river, where many local dogs swim. Dyes that have resulted in eleven local dogs turning baby blue. Thankfully, no negative health effects seem present at the moment in the dogs, so it may just be solely superficial, which is good.

I won’t lie, it is actually kind of cute, a baby blue dog. But there is no excuse for that kind of behavior from a company in that position of power. The company has been shut-down and in some good news, the dye DOES wash off so these are not permanently blue dogs. 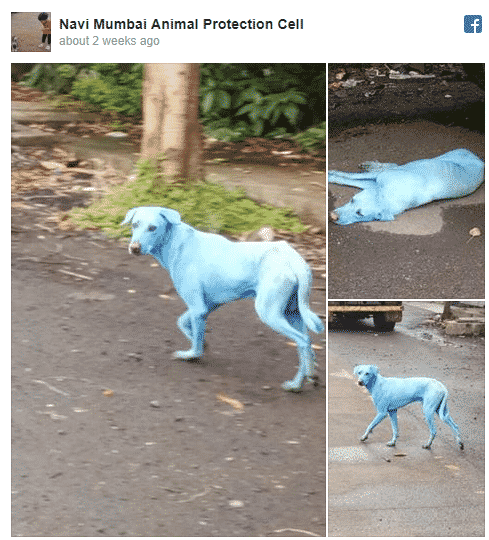 And social media helped a lot with the public outcry so nice to see Facebook doing some good for society as well.