Karma Crush: Hunter Gets Trampled to Death by Elephant He...

A man from Argentina was on a big game hunt in Namibia when him and some other rich people who paid to hunt on private reserves caught the attention of a group of elephants, one of whom was pregnant. Not sure if you know what to do when you come across a giant, pregnant female animal while holding a gun, but despite whatever animal it may be, you are probably going to end up dead.

The man rose his rifle at shot at the four charging elephants and wouldn’t you know, the only guy who shot at them was the only one to be killed by them. It is as if they knew he was a genuine threat or something. 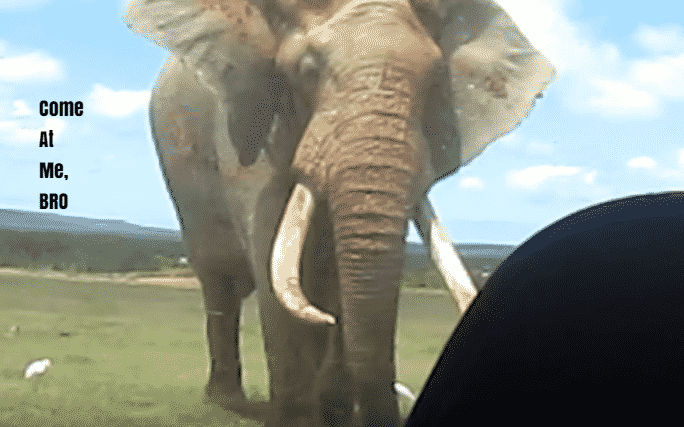 It’s called the circle of life, buddy, and you just learned your place in it. No sympathy here.