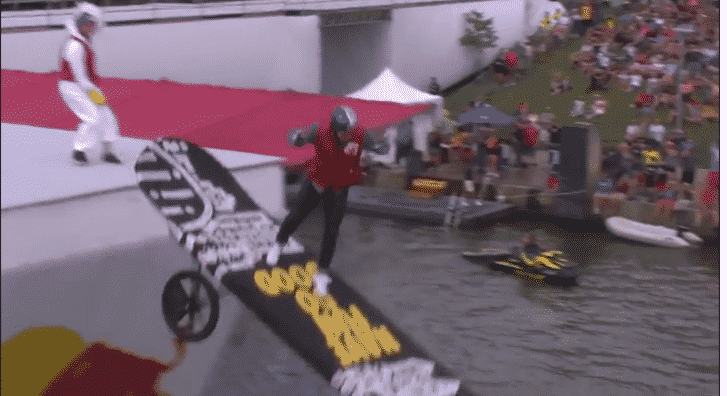 Every year Red Bull hosts an event they call the Flugtag, and what is basically consists of is drunk people trying to launch huge, unnatural things they engineered and built off a ramp in hopes it will majestically float to the water. That is never the end result, though.

What actually happens most of the time is they crash in the water, laugh it off, and the day goes on. Well, giant skateboard guy did not fare so well.

Yes, dude knocked himself out COLD.

But a follow-up, dude is alive and doing alright. They got jetskis to him in time and he has recovered quite nicely. Now his pride, that is a different story.

I mean, you better get to get mocked at least a little when you knock yourself out cold trying to fly a giant skateboard off a ramp for Red Bull. Some say he got what he deserved. Some say all heroes don’t wear capes.

Depends which side of Darwinism you are on.