ATM Repair Guy Gets Stuck, Slides Out Notes Through ATM...

Imagine this scenario: You are at an ATM waiting for your cash and instead, a small white note comes out that says “HELP, stuck in here and don’t have my phone” with a phone number to call listed. What would YOU have done? Seems a great many people walked right on by or threw out the notes because they thought it was an internet prank of some kind. Well, it wasn’t, and luckily one person reacted in Corpus Christi Texas and the bank quickly leapt into action freeing the man. 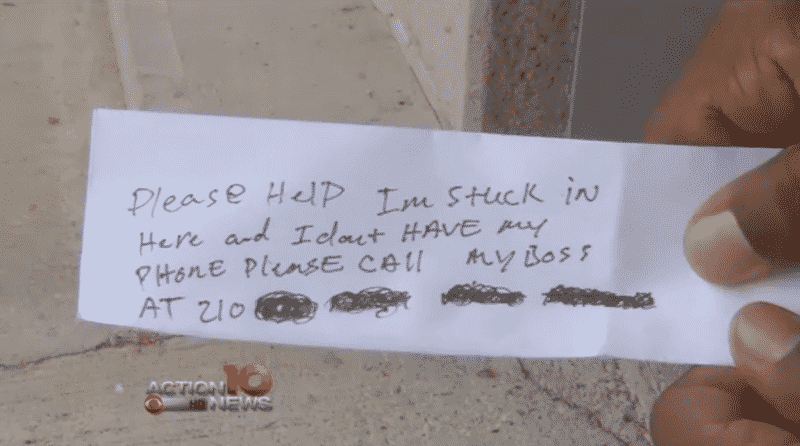 Police were called and acted quickly, with some customers saying they didn’t respond because they thought it was creepy. Even the officers who arrived and saved the (unnamed) man said the voice coming from the ATM was pretty spooky in itself.

Luckily, everything turned alright for the man, though Bank of America may not fare so well depending on how the man reacts to this turn of events.