Google+ Breaks 100M Uniques Visitors, But Is It Really Catching...

Google+ isn’t the most popular social network by any stretch of the imagination, but it still continues to break records and succeed online thanks to the power of Google itself. According to data from comScore, Google+ has finally broken into the 100 million unique visitors a month club, joining Facebook, Twitter and LinkedIn among the social network heavyweights.

Here’s the US-based breakdown of data (the above represented global engagement): 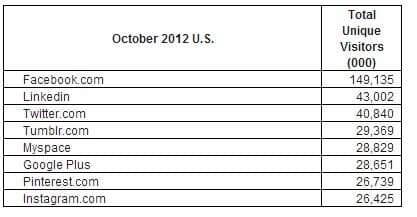 The only place where Google+ is really being hosed right now is mobile: 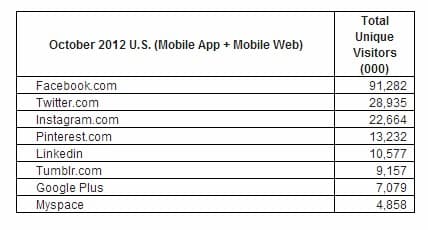 Of course, we should mention that comScore’s data did not reflect time spent on Google+. Data has consistently shown that while Google+ boasts an increasing user base (the boost lately may have something to do with the now-required Google+ account with all Gmail accounts), most users spend a dramatically lower amount of time on Google+ compared to other social networks.

In early 2011, Google+ users were shown to spend roughly 3.3 minutes per month on the social network, while Facebook boasted an average of 7.5 hours. Last June, Google said that users spent an average of 12 minutes each month using Google+. Google also claimed 500 million members and 135 million active monthly users in December.

I’ve long been of the opinion that Google is forcing Google+ on the internet, flexing its search engine placement advantages and SEO-friendly perks on all of us as if to say “You want optimization? Join Google+.” If that’s the case, it’s hard for us to hold it against Google, because they’re really good at doing what they do, and they want Google+ to succeed. It just seems as though Google+’s existence has been defined by one long-winded sales pitch that is slowly reeling the internet in one user at a time.

That is to say that Google+ definitely has “the goods,” it has just taken them longer than most to convince us. Luckily for Google, they had all the time in the world to sell their social network to us when most comparable start-ups might have folded long ago.

What do you think? Is Google+ trying to convince us that it’s a bigger deal than it really is, or are we just too slow to catch up to the perks Google+ has to offer?