We respect what you did for our world (kind of). We understand you grew up in a different time with a different set of values and rules as well. But here’s the thing:

You are kind of insane.

You don’t mean to be, but old age causes strange, surreal thoughts that make no sense, which can lead to actions with similar outcomes. For a perfect example, let’s talk about this lady. 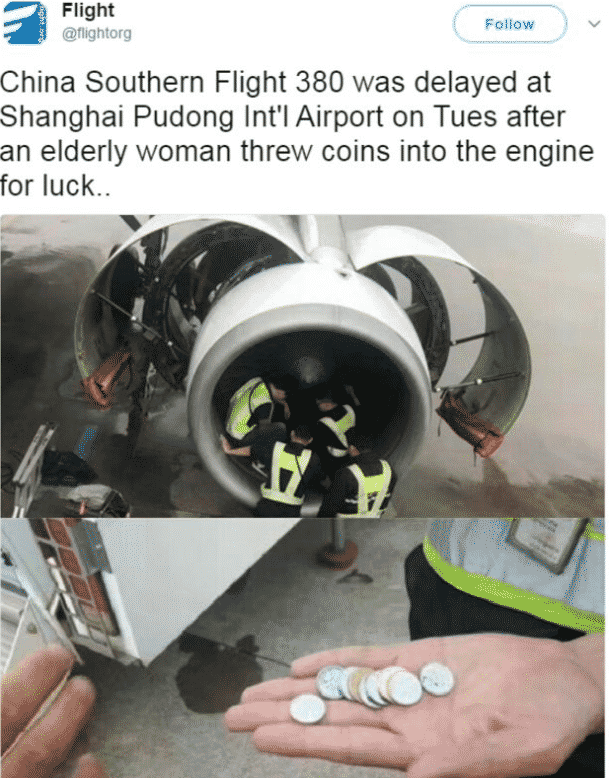 For “luck” she tossed coins at her plane’s turbines as she crossed the  tarmac, nine coins to be exact. She told the police who were called immediately that they were for “Good Luck” but unfortunately for this woman, one of the nine coins actually landed and caused a full evacuation of the plane for an hour.

Little has been done because she is old and close to death anyway, sources say.