So what if a woman got paid to professionally step on a man’s testicles?! I mean, isn’t that kinda what cops do sometimes anyway? I know, I know, they serve and protect, but I cannot see any issue with a former Dominatrix (I.E. Woman who got paid to hurt people and talk down to them for their own sexual gratification) is now catching heat for being a cop. To me, it’s a very natural progression. Go from beating ass to beating ass. Having Hyman as her last name  PROBABLY doesn’t help at all, to be honest, but I am getting ahead of myself. 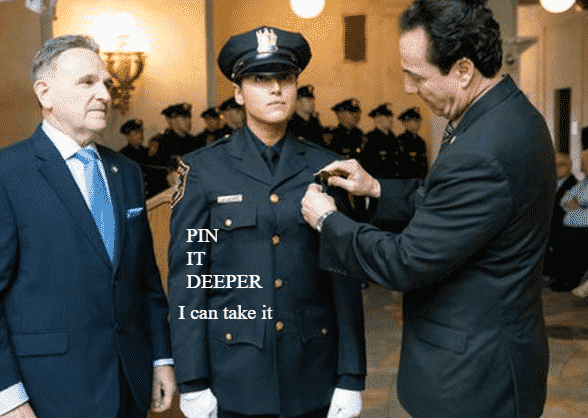 While it is said that she performs no sex acts in said videos, the overall feeling is that her former line of work is “unbecoming” of someone of her public stature and that the local cops are being ridiculed because of it. Hell, I am gonna drive to Jersey and do something illegal real quick just on the off-chance she pulls me over and has a little extra fun with those cuffs. That usually costs extra.

I say leave Hyman alone, you don’t want to break her. Once a hymen gets broken, rumor is you can never get it back to its original state.