by Remy Carreiro 5 years ago2 months ago

First of all, let us all dwell on how cool it is that Copenhagen has a Little Mermaid statue! In the states, we have all presidents and politicians and do NOT have enough statues dedicated to awesome, fictional characters (we really do, don’t deconstruct that last sentence). But all’s not well ‘under the sea’ (Disney song reference). Seems recently some protesters have defaced the statue in the name of crude and archaic whaling practices that still go on in that area. Now she looks all bloody and sad, which is fitting of the message the protestors are trying to send. 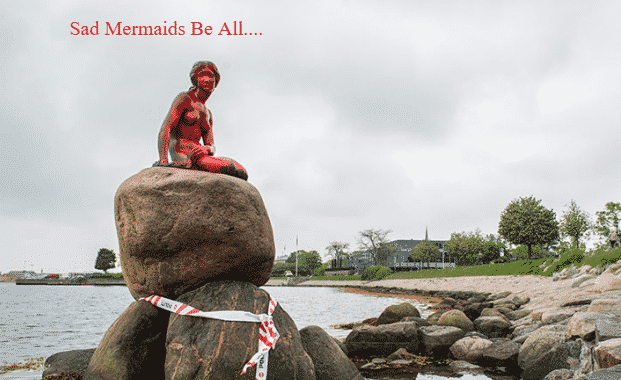 If you can read Danish, check out this thread! What is basically going down is, Denmark is once again catching international heat as a result of (say it three times, kids) Grindadráp! This is the annual practice of getting all the Pilot Whales in the area of the Faroe islands and leading them into a Fjord where they become trapped and are all killed in brutal ways, often by hand. The meat and blubber is then passed along to the residents, who utilize all of it. So it is kinda like that movie The Cove, only with much bigger dead things. 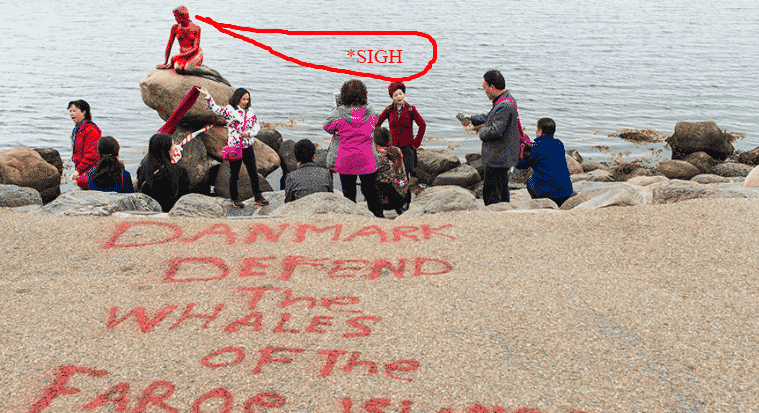 We are not here to pass judgement, we are simply here to report news. In the end, you side with whatever group you most agree with. But please people, leave Ariel out of this! She is neutral, like Sweden!

The group responsible for this ‘Ariel assault’ has not yet stepped up and claimed action as of the time of this publication. 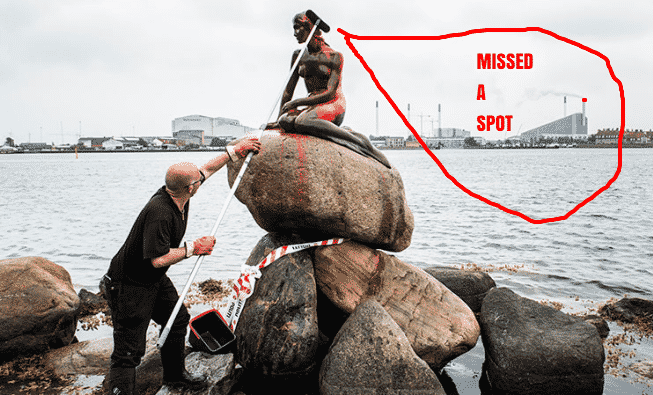 And don’t worry, they’re spit-shining her right back to normal and pretending the whole thing never happened. They must have learned that from US ‘muricans. That’s how we survive, too.