So the world seems to have very strong preconceived notions about celebrities. A lot of us “normal” folks just seem to see them as gluttonous and narcissistic, and that wouldn’t be the most accurate representation, either. But every now and then the last celebrity you would ever expect comes forth about something altruistic and beneficial that they did for the world and it just drops your jaw and makes you look at that celebrity different (and hold them in a much higher regard). As of right now, Nicki Minaj just might be the celebrity that has dropped the most jaws with the recent revelation about a very massive act of kindness she has been perpetuating over the years (and was seeking no attention for). Read on to hear about how this buxom singer very much improved the quality of life for one Indian village who now holds the singer in the highest regard (and justifiably so I might add.)

While Minaj may be best known for suggestive songs like Anaconda and Stupid Ho, these actions prove her to be anything but that aforementioned song title. Seems the rapper/singer worked something out on the down-low with her pastor, Lydia Sloley, in finding out one particular Indian village that was just living in the most lowly conditions. No running water, no wells, among many other lacking amenities. She then took it upon herself to start sending money regularly to the higher ups in the village. As of today it has come out that the village is pretty much fully formed and greatly improved.

Because of the singer’s kind deeds, the village now has a computer center for computer literacy education, a tailoring institute where they can learn to make their own clothes for the village, as well as TWO water wells and a reading program. And the most amazing part in all this is this was genuine altruism, as she as doing it for years for no credit or attention. Just basically to improve the quality of life of others. What is kinder than that? 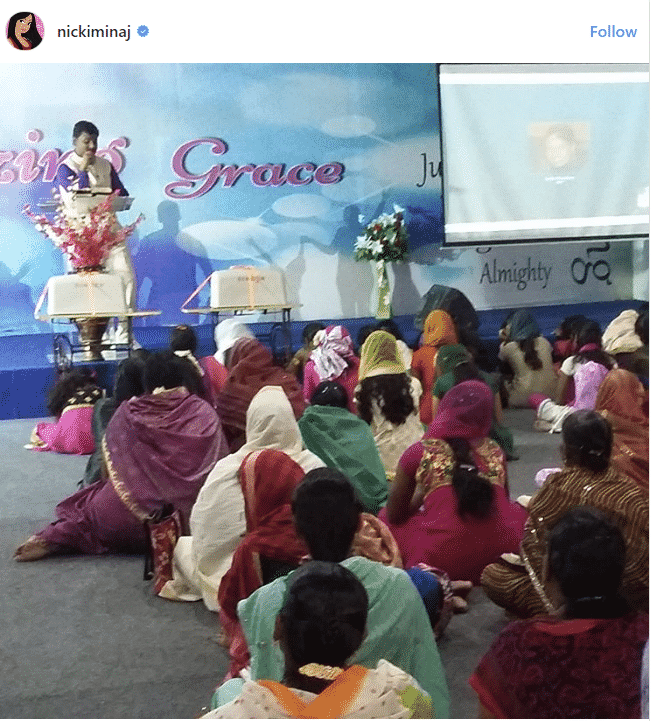 Kinda makes you rethink her a little bit. I won’t lie, she always seemed kind of shallow to me and this proves I couldn’t have been more wrong about Nicki Minaj.