Moby Dick Gets Translated Into Emojis And Ends Up In...

If you don’t have time to read all 206,052 words of Herman Melville’s Moby Dick, maybe you’ll have time for the abbreviated version.

So what’s the story behind this unique twist on the classic, Moby Dick? Emoji Dick all started back in 2009. A creative Kickstarter employee raised more than $3500. With this huge sum, Fred Benenson translated the tale into emojis. Using the workers of Amazon’s online Mechanical Turk, the users translated each sentence. Then each submitted sentence was then voted on through other users.

The data engineer explains that he has always been fascinated by emojis, every since he first used them in 2009. He was amazed by this “new mode of expression” 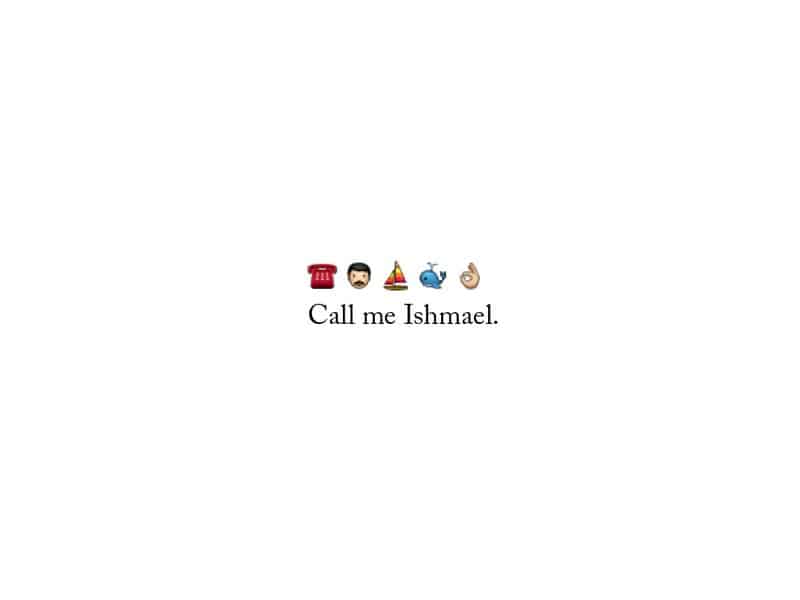 The crazy part is that the modern emoji twist is now housed in the Library of Congress. Smithsonian Magazine spoke to the person who acquired ‘Emoji Dick’.

““It’s up to the readers of Emoji Dick to decide whether to take it seriously as content,” says Michael Neubert, a digital projects specialist at the Library of Congress, who acquired the book. What intrigues him is that it is “an artifact of this particular moment in time”—a unique representation of digital language for future generations to study when emoji, and perhaps even cellphones, have gone the way of the telegraph.”

Travel Tips from the World’s Most Dangerous Cities, Part One: Mogadishu