5 Tips to Use Storytelling Elements to Create Better Social...

by SocialNewsDaily 6 years ago6 months ago

If you were to look closely at the videos published on social media by some of the top brands, you’ll start to notice that they all tend to use several different types of ‘storytelling’ elements. Some do so in a more obvious fashion than others, even to the point of actually structuring the entire video in the form of a story that ties into the message they want to get across.

The reason why these storytelling elements are used is simple: They are tried and tested methods of attracting attention and developing interest. When applied to videos, these elements can thus increase the number of viewers as well as their overall engagement.

Assuming you want to use storytelling elements to create better social media videos of your own, here are 5 tips that will help you start on a strong footing:

Try the classic ‘3 act’ structure – and variants of it

As you probably know every story consists of a beginning (introduction), a middle (plot), and an end (conclusion). That same structure is something that you can apply to your social media videos, either in its traditional form or in a variant such as introducing a problem, agitating the problem, and then solving the problem. 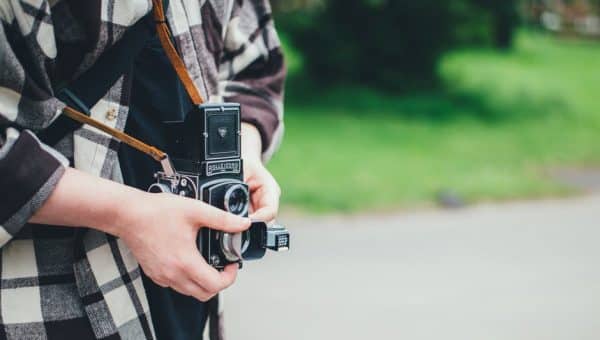 Focus on the people

Although you may be creating videos to promote a brand or a product, it is important that subject (or subjects) in your story are people. Many of the best videos on social media are those that are anchored around a person and told from the viewpoint of their experience with a product, service, or brand.

Cut to the chase and get to the climax

While the introduction is a key and crucial element in any story, it is important that it isn’t too ponderous – especially in a social media video. Essentially the purpose of your introduction should be to frame the setting of your story and provide context, but after that you should cut to the chase and get directly into the meat of the story and its climax so that the audience doesn’t lose interest.

Part of the advantage of video as a medium is that you get to ‘show’ elements of your story – so it is important that both your visual and audio cues are consistent and reflect its emotions. For example instead of telling the audience that John was frustrated by the problem he was facing, you should show him being frustrated – and the background music should match that emotion as well.

Weave a hook into a story to replace the conclusion

Often you will want to use the videos that you publish on social media to encourage viewers to perform a particular action once they are done watching. If that’s the case then your story should contain a hook at the end instead of a conclusion. The hook itself will be a call to action, but it should connect to the rest of the story and should tell the audience how to fulfill or act upon that interest.

Of course in order to create these videos you’ll need to be able to record and edit video footage, and Movavi Screen Capture Studio for Mac will help on that front. Not only will it allow you to record your screen, but you can also digitize VHS tapes, import AVCHD camera footage, use it as an iOS screen recorder, or record footage from a webcam. Once you record the footage, it will then let you edit it, improve its quality, trim out bits you don’t need, and much more.

Using the right storytelling elements in your social media videos can make a world of difference. Be sure to try incorporating these tips into your videos, and see how people respond to them when you publish them online.