It all started with one tweet from President Trump, which criticized businessman and now mortal enemy, Mark Cuban.

It seems as if Trump felt the need to take to his favorite social media outlet to call out the Dallas Mavericks’ owner. Many on Twitter speculated that the president was upset after Cuban’s recent comments on the difficult position that CEOs are in with Trump as president. 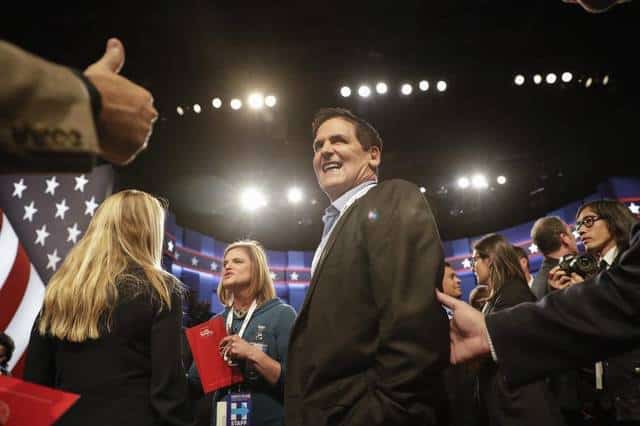 Exhibit A: Mark Cuban’s recent interview with the Fort Worth Star-Telegram.

“You want to make nice with the president because you’re a public company and you have shareholders, and it’s hard to balance doing the right financial thing versus doing what they think is the right thing, whatever your political beliefs are. It’s not an easy position to be in.’

Do what you think is right,” Cuban said. “Be an American citizen first.

This isnt the first time that the two have make disparaging remarks about each other, even on Twitter. After Trump’s intial tweet, Cuban quickly fired a tweet back. The first one was simple, “LOL.”

Then, Cuban decided to land a slam dunk with this friendly reminder to the public.

One thing is for sure, this Twitter battle is just getting started…