Woman Hilariously Trolls Guy Who Asks Her To Send Nudes

Guys, when will you all learn? Don’t ask for a womem to send you nude photos. Seriously. It makes you look desperate and creepy. One woman put one of these creeps in his place with a hilarious reply to his request for nudes.

Monconjay Brown, a 25-year-old living in China, says she has made it a sort of hobby by trolling guys that message her to send nudes. However, her latest burn is one of her best pieces of work.

“Some a*shole online kept hammering me for nudes,” she wrote on Imgur. “He got what he asked for ;)”

It begins with a harmless conversation with an unnamed man. The discussion via text quickly turns to appearance and the guy asked for pictures. He then reiterates that he wants photos where he can see her body. Her response is awesome. 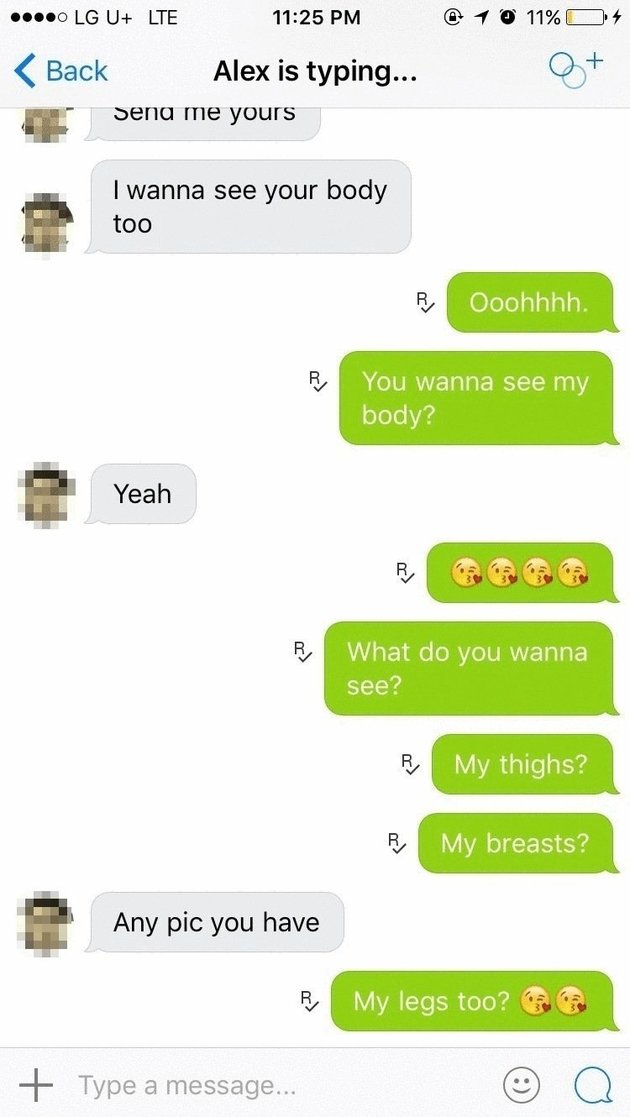 She begins to send him pictures of various pieces of chicken. Breasts, thighs… she even offers to strip for him. 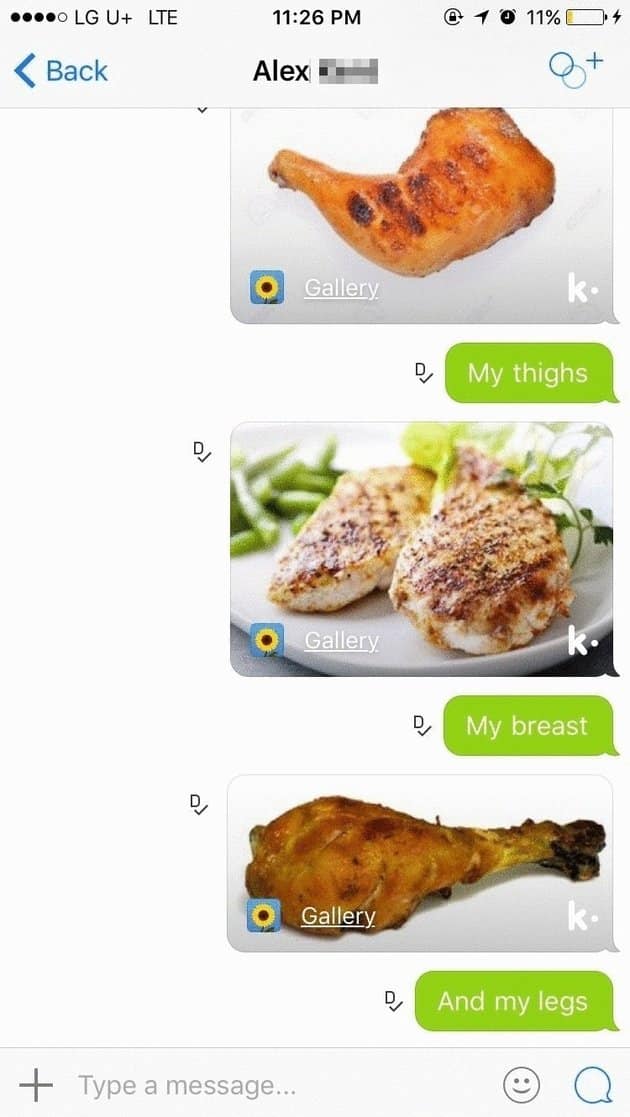 Her demand for him to sauce her now just added even more heat to the burn. 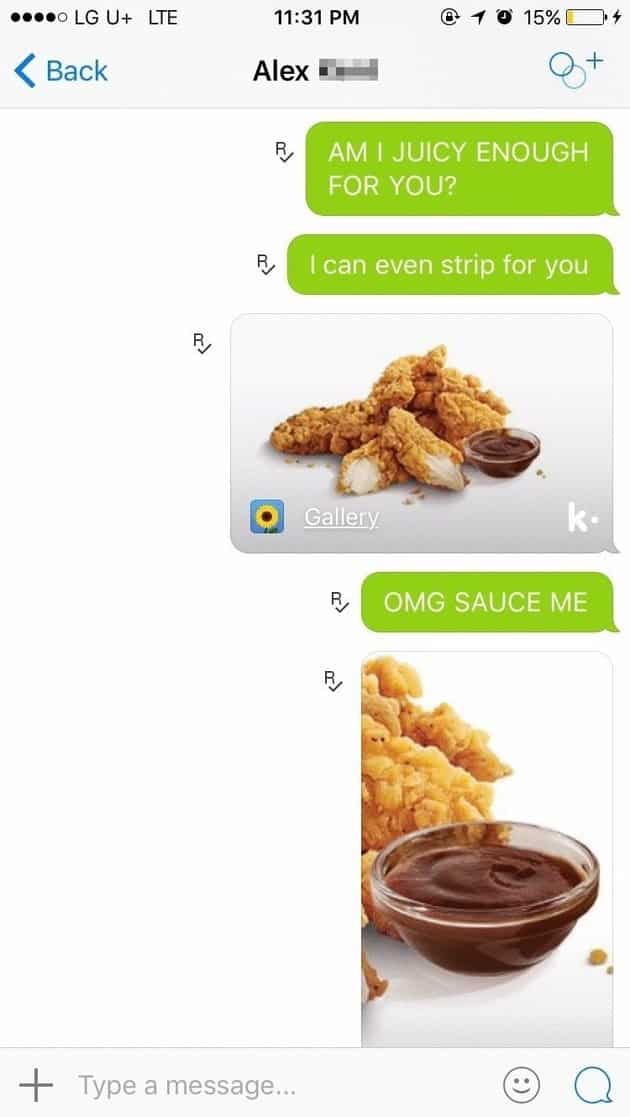 Of course, the creep stopped responding after her trolls. 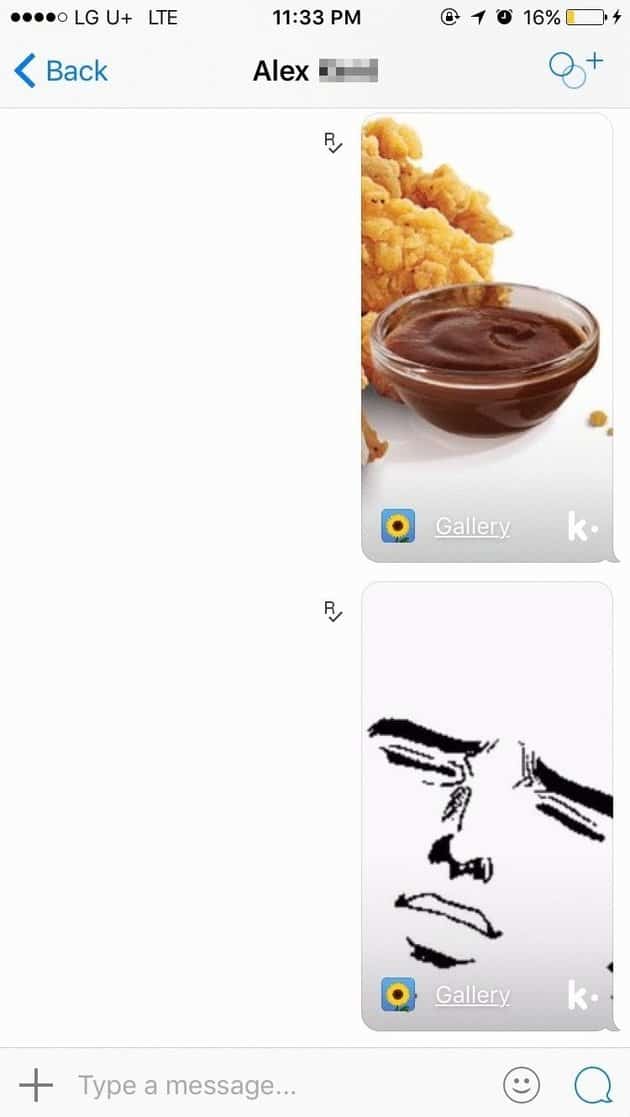 After this conversation, we are pretty sure this might be the last time this guy asks a random girl for nude photos.

Despite the epic trolling status, Brown says she doesnt seek out her victims, they find her.

”I’m not some kind of caped Internet wanderer that searches the web for victims to troll, but usually, if I’m in the mood and the guy is pestering me enough, then I’ll troll him,” she said. “I’ve done this to several dates. I’m really immature.”