How the Top 5 Social Networks Got their Logo Designs

by Zac 6 years ago6 months ago

In this post, we will look at how the top social media networks got their logos. It’s interesting how many of these were designed by in-house amateurs who were just playing around or outsourced artists who created an image that seemed to work with the brand.

However, they must have understood something about the name to come up with something that worked so well.

It is important when considering your own business logo, to get someone to help that truly knows your brand so they can create a logo that works for your business in a positive way.

Here is the history of five of the top social networks’ logos for your approval.

It is debatable as to who created the original Facebook logo but it is believed that it is probably a San Francisco-based design agency known as the Cuban Council.

The font for the Facebook logo is a derivative of the Klavika font. There is talk though that Sean Parker and Mark Zuckerberg got help in 2005 from the Cuban Council to help with the logo and Michael Buzzard, who worked for Cuban Council, had a question about the color. He reportedly wanted to know why it was blue.

This is a real question when we think about logos. It has not made a huge difference apparently in Facebook success but we can never know whether people like the blue logo or they would have preferred a different color. We just know that Facebook has been highly successful. But it’s interesting that one of the original designers wanted to know why they wanted to keep it blue. The combination of simple blue font and simple “f” has worked for Facebook so why fix it if it’s not broken?

When the original designers for the Pinterest logo started designing it, they decided that they wanted a scripted font that would complement the elegant look of the platform where people share their creative pictures and ideas.

Michael Deal was one of the original designers, and he invited his friend Juan Carlos Hagen to help with the redesign in 2011. The two enjoyed working on the design and wanted to get their inspiration from creative sources to reflect the platform. So they looked at various designs and explored some different approaches until they came up with the Pinterest logo that you see today.

It has evolved since then as well but they have tried to keep constant and consistent is the creative work of the font so that it indicates creativity and design and matches up with many of the artistic look of the pins.

The most recent update of the Pinterest logo is a small Thrifty letter “p” encircled by a red background. It seems to indicate the style of Pinterest better than any of the others to date.

The Instagram platform involves taking photos and videos and sharing it with friends and customers. It is a successful platform, and it’s logo began with a simple brown camera icon with rainbow colors in the upper left-hand corner. It resembled an old-fashioned Polaroid type camera that produced instant pictures from the front of the camera.

The original logo of the cute camera added to both the nostalgic and photo-based platform that Instagram embodies.

The original Instagram logo was created by the co-founder and chief executive Kevin Systrom. It is one of the most famous logos in digital media today.

A conflict arose more recently when Instagram decided to change its logo from the original look to something that is far different. The most recent change has upset many users, and some have dropped off the platform because they did not think it had the same appeal as the original. Others failed to recognize it as the Instagram logo because it was so far removed from the original.

The new logo has a mixture of colors including yellow, orange, pink, purple, and blue. The color contrast is artistic and resembles one of the most retro versions of the Apple MacBook that Apple did in the past. It’s clear Instagram may have been inspired by this. However, the design of the camera is too simplistic to some users, and they have complained that it does not resemble the cute Polaroid instant camera they knew and loved and Instagram previously.

The fact that users are so upset at the way the new logo looks and that they want the old one back shows the importance of choosing a good logo whether you are just starting out with one or are changing your current one.

The Reddit platform has risen in popularity lately taking precedence at times over Twitter and other platforms. So we include it in our discussion of the top 5 social media outlets. Reddit got its original logo design of the alien named Snoo, from Alex Ohanian, the original cofounder of Reddit. He also helped create the updated logo.

It was meant to identify the social media platform as unique and represent people who enjoy thinking differently. But the way that got their logo is not as glamorous as that. The original design or just said that he was bored in marketing class during his senior year of college and was doodling the alien in the margins of his notebook. Sometimes great ideas do spring up from sudden left field inspiration.

The Twitter platform was developed in 2006, and the logo for Twitter features a small bird that is singing as it flies. It is meant to represent the act of creating short posts (called “tweets”) which are what the Twitter platform is for. The original designer of the Twitter logo is Simon Oxley who uploaded the logo to Shutter Stock in 2006. The newest version is a modified bird and lettering design by Twitter’s creative director, Doug Bowman. 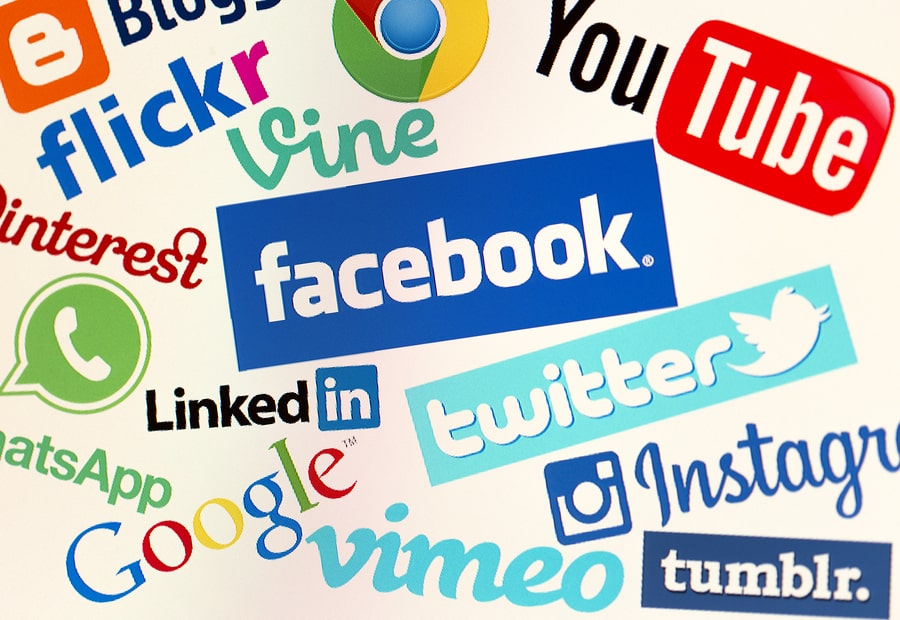 So Now You Know

So now you know where five of the top most used social media platforms got their logo. Other companies such as Coca-Cola and others will tell you that they got their logos just from in-house people who scribbled the general idea on a box top or a legal pad for fun. Even Microsoft had some of their in-house people just play around with that idea until they came up with something that stuck. It’s also not uncommon to see other big names in the technology space introduce new updates and tweaks to their logo design as well, like we recently saw with NetFlix.

But as Einstein has often said, there are no accidents. So those people had the talent and the foresight to understand the brand enough to create a logo that worked. If you don’t want to leave this to your in-house janitorial staff, you may want to check out the professional services of a professional design logo company like Designhill. Remember your logo is the first impression that you may be making on potential customers, leaves, and B2B Partners. You don’t want to leave anything to chance.

Your logo is also an important part of your branding and should be taken seriously and not left to some freelancer here may or may not come up with something that will work. Also, you don’t want to prevent your custom logo in a less than professional manner or change it too drastically so that you can fuse your target audience.